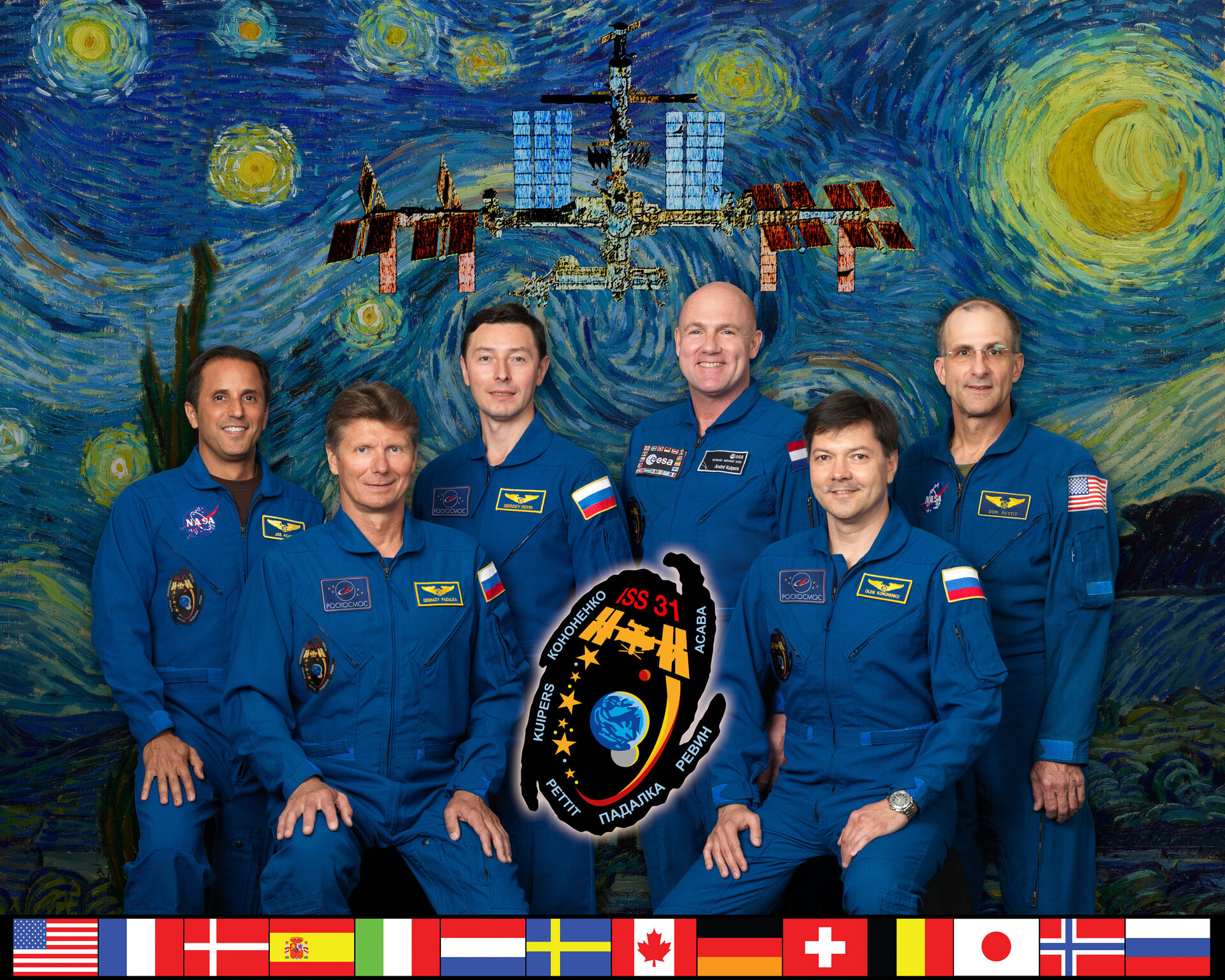 Joseph Michael ‘Joe’ Acaba certainly has an unusual background. He is an educator and a hydrogeologist, and is also the first person of Puerto Rican origin to become a NASA astronaut.

Joe joined the ISS hardware integration team working on ESA equipment. He was assigned to the STS-119 Shuttle mission in 2009, which delivered the final set of solar arrays to the Space Station. The astronaut performed two spacewalks, logging almost 13 hours of EVA.

Gennady Padalka was the most experienced space flyer onboard. He ranks sixth for career time in space through his missions on the Mir orbital complex and the International Space Station.

The 53-year-old cosmonaut has logged 585 days in space and participated in eight spacewalks. This was the third time he flew to the Space Station.

Sergei Revin persevered in making his first flight into space. After 13 years of training and work for the ISS programme, Sergei got a place for Expeditions 31/32.

An engin eer specialising in electronics, he was certified as an RSC Energia cosmonaut in 2010.