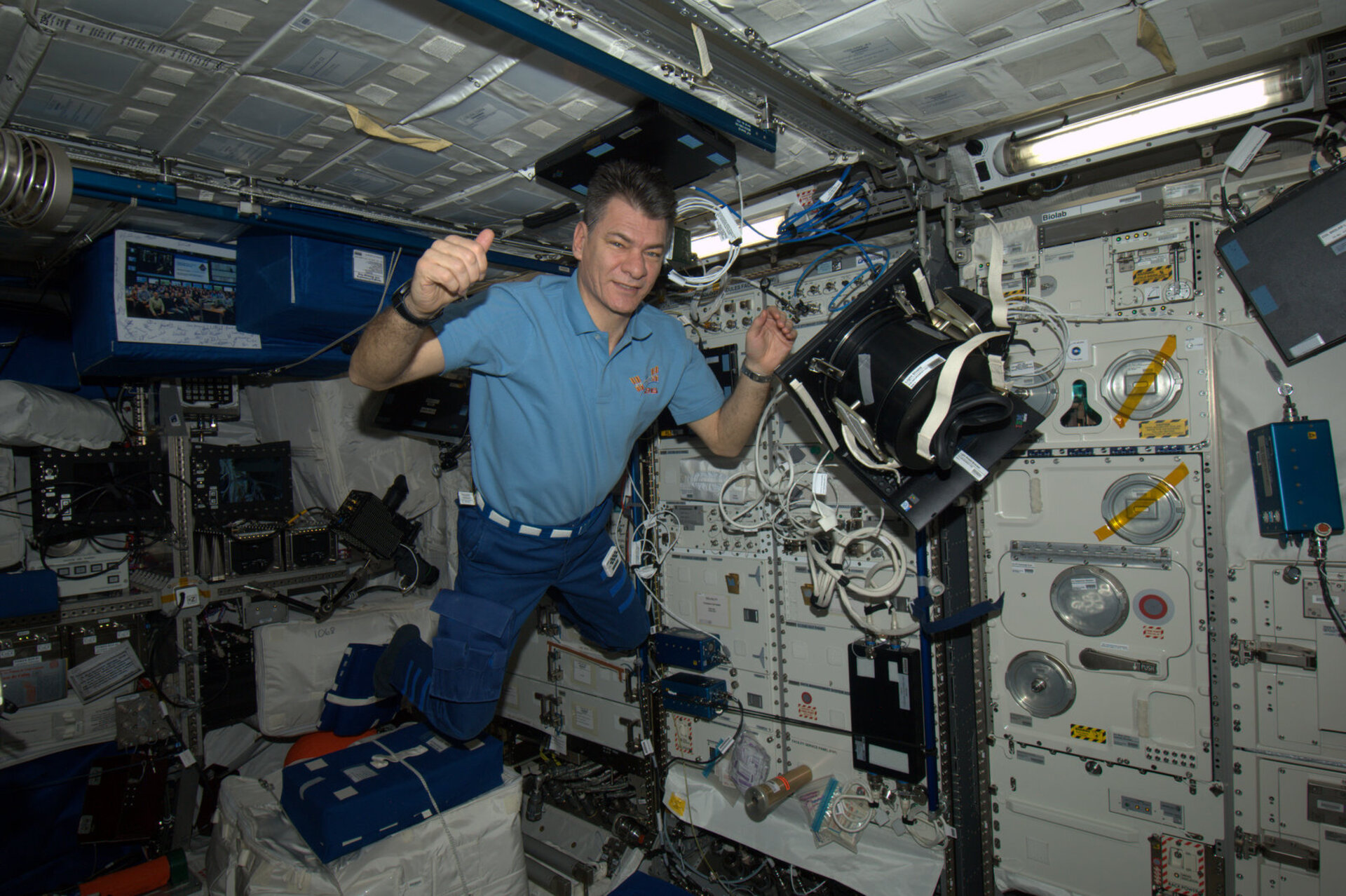 Astronauts on the International Space Station are testing new ways of following complex procedures, freeing up their hands and time to get work done while giving the Columbus module a spring clean in the process.

Astronauts on the Station have many tasks, ranging from scientific experiments in over 40 fields of research to maintaining ventilation systems and grappling spacecraft with robotic arms.

Remembering the details of how to perform all these operations would be impossible – and it’s not necessary. Instead, crew procedures are available for every job and many complicated tasks are performed step-by-step like following an instruction manual. Simple and secure, but there is room for improvement.

The procedures are generally displayed on a laptop so astronauts need to have at least one hand free to move to the next step. A lot of time is lost referring to procedures and returning to the task at hand.

ESA is testing two simple-sounding ways of making the astronauts’ lives easier in a project called Cruise. A microphone headset frees their hands while they work, with it reacting to spoken commands such as “Next major step”.

In a related experiment, data are displayed within the instructions, offering a single layout with all the information needed for a job instead of having information on separate displays.

These ideas might appear obvious but will they work in real life? Will voice commands be recognised correctly by a computer even when an astronaut is under severe stress and floating in weightlessness? Without careful planning and rigorous testing, an innovation can easily spiral out of control in an emergency

Space technology is not always state-of-the-art because new approaches must be absolutely dependable before they can be used at the forefront of human exploration.

“Our emphasis is to improve crew performance but robustness is always a concern,” says Mikael Wolff, ESA’s project leader for the Cruise experiments.

Get some sleep, you’re tired

This experiment is a step towards ESA’s goal of developing an electronic partner that humans can rely on in unexpected and complex situations during missions to other planets.

“Ideally, the future computer will know how astronauts feel and deliver information tailored to their state of mind, even suggesting they conduct a procedure on another day if they are not in the right mood, or if they need more training,” says Mikael.

ESA has tested the theory in the Concordia Antarctic research base and Mars500’s simulated planetary voyage. More practically, ESA astronaut Frank De Winne tested a system to overlay procedures in 3D while performing tasks on the Station.

US astronaut Kevin Ford will complete the first Cruise session, followed by Canada’s Chris Hadfield, next week, performing a routine cleaning of the ventilation system in Europe’s Columbus laboratory.

The astronauts will fill in a questionnaire on their state of mind, their knowledge of the procedure and the practicality of the new system.

The experiment will be done twice – so the ventilation system will be squeaky-clean this month.