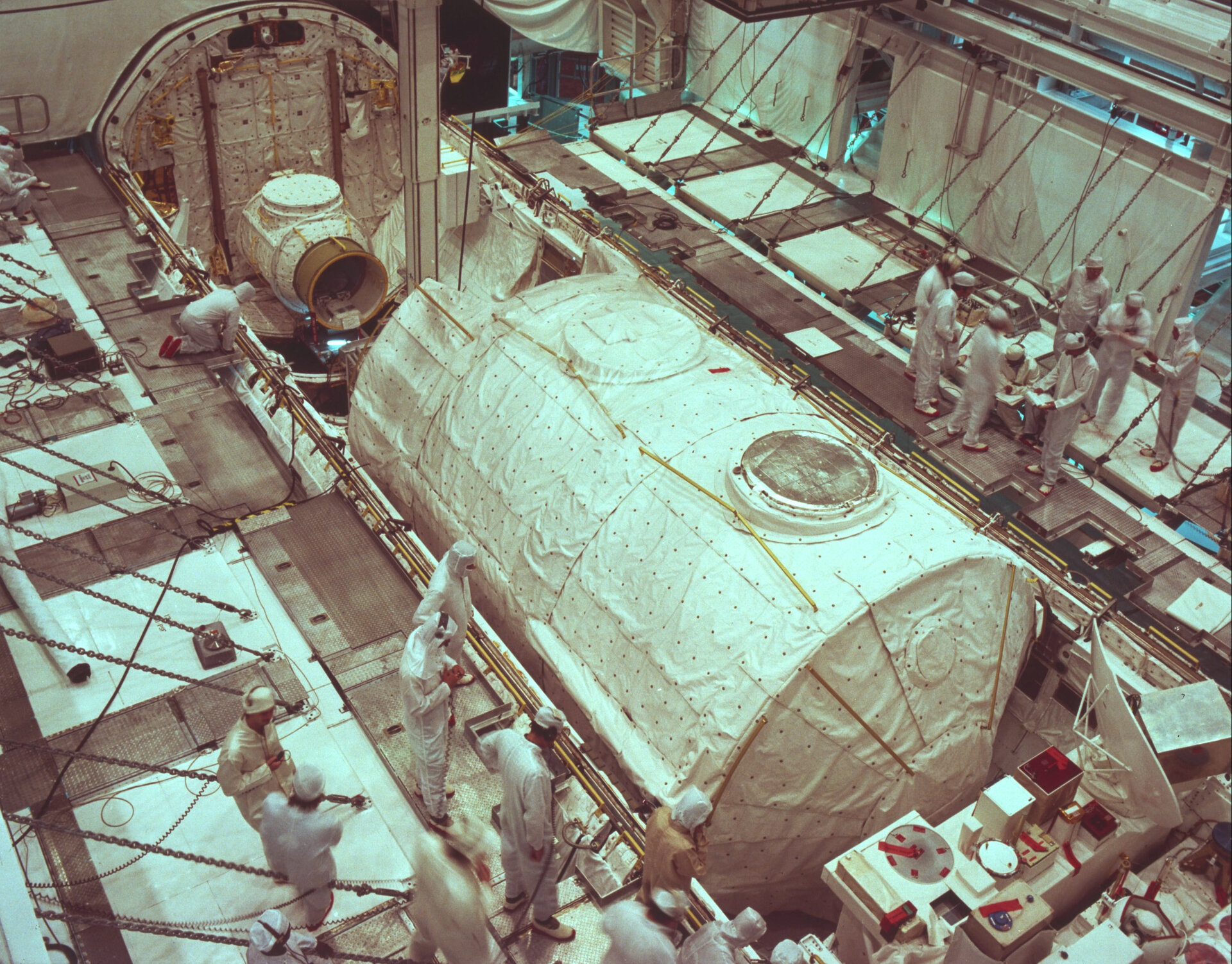 Europe’s Spacelab was like a small reusable space station designed to fit in the Space Shuttle’s cargo bay.

Instead of a single piece of hardware, it was a suite of elements: pressurised modules, unpressurised platforms (‘pallets’) and other hardware mixed to create a laboratory each time for a specific mission.

The system had two pressurised laboratory modules with airlocks and optical windows, a tunnel and five separate pallets, which could be mounted separately from the Spacelab and expose experiments to space.

After signing the Spacelab agreement in 1973, the construction of the first components started in Germany in 1974 by ERNO (later part of EADS Space Transportation). The first Spacelab mission, on STS-9, was launched in 1983.

The pallets, built by British Aerospace, also carried payloads on non-Spacelab flights: the first flew on the second Shuttle mission in 1981 and the last in 2008.

The outer diameter of the module was 4.12 m, and one segment was 2.7 m long. The long module had two short segments, extending the length to 5.4 m (plus bulkheads on both ends). The short-segment version was never used.

Two modules were built; the second is displayed at Bremen airport in Germany.

The pallet was a U-shaped platform for mounting instrumentation and experiments in the Shuttle cargo bay, with or without the pressurised module.

It was possible to have up to five pallets at one flight, capable of carrying more than nine tonnes of payload.

One of the pallets is now displayed at the Swiss Museum of Transport in Lucerne.

The pressurised ‘igloo’ housed the systems needed to operate the Spacelab equipment when a pressurised module was not flown. Two units, about 3 m high and 1.5 m in diameter, were built by SABCA in Belgium.

Other major Spacelab elements include the Instrument Pointing System for sensors needing precise pointing, and a tunnel connecting the pressurised module to the Shuttle cabin.