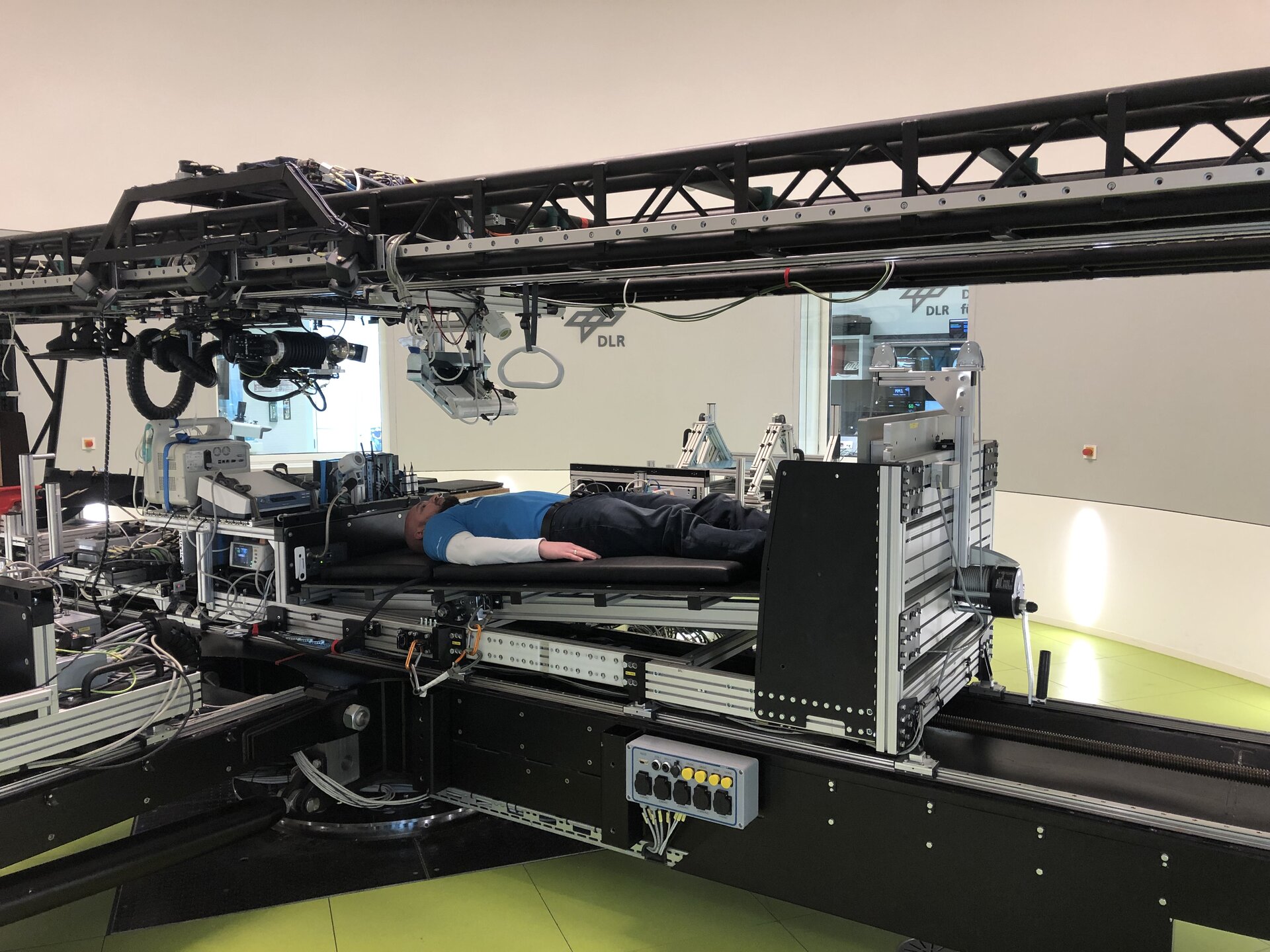 Test subjects in Cologne, Germany will take to their beds for 60 days from 25 March as part of a groundbreaking study, funded by European Space Agency ESA and US space agency NASA, into how artificial gravity could help astronauts stay healthy in space.

Carried out at the German Aerospace Center’s (DLR) :envihab facility, the long-term bedrest study is the first of its kind to be conducted in partnership between the two agencies. It is also the first to employ DLR’s short-arm centrifuge as a way of recreating gravity for participants.

But just how easy is it to stay in bed for 60 days and what is the relevance of adding artificial gravity for space researchers? We pull back the covers on this unique investigation as preparations get underway.

Bedrest has long been used to mimic some of the changes our bodies experience in the weightlessness of space. Humans are made to live on Earth and without the constant pull of gravity it is common for muscles and bones to start wasting away.

Currently, astronauts on board the International Space Station exercise for up to 2.5 hours per day and maintain a balanced diet to help mitigate microgravity’s effects, but scientists believe adding a dose of artificial gravity could be key during longer-term missions.

Though it may sound simple for the 12 male and 12 female volunteers involved, lying in bed for a full 60 days, plus a further 29 days of acclimatisation and recovery, is not quite as restful as it seems.

Throughout the course of the study, all 24 participants will need to remain at :envihab on the DLR campus. There they will be kept in beds with the head end tilted 6° below horizontal and must ensure one of their shoulders is touching the mattress at all times.

As blood flows to their heads and muscle is lost from underuse, researchers will investigate changes and test techniques from diet to physical exercise. Artificial gravity is one of the techniques under the spotlight this time around and will see some of the participants sent spinning.

Once a day, a selection of the study’s participants will lie in DLR’s short-arm centrifuge. There they will be spun to encourage blood to flow back towards their feet and allow researchers to understand the potential of artificial gravity in combating the effects of weightlessness.

The intensity of the centrifugal force is able to be adapted to each person according to their size. DLR can also adjust the centre of spin so that subjects are spun around their heads or their chests. Changing the position in this way could have far-reaching consequences for rehabilitation but, as this is a new domain, these consequences are currently unknown.

A number of different experiments will be carried out over the course of the study, looking at cardiovascular function, balance and muscle strength, metabolism and cognitive performance among other factors. Seven of these experiments will be conducted by European-led research groups, with a view to validating the findings on the International Space Station during future missions.

“To make these missions possible, various risks to astronaut health must be minimised. This study allows us to address the issue of muscular atrophy caused by weightlessness, but also other stressors such as cosmic radiation, isolation and spatial restrictions.”