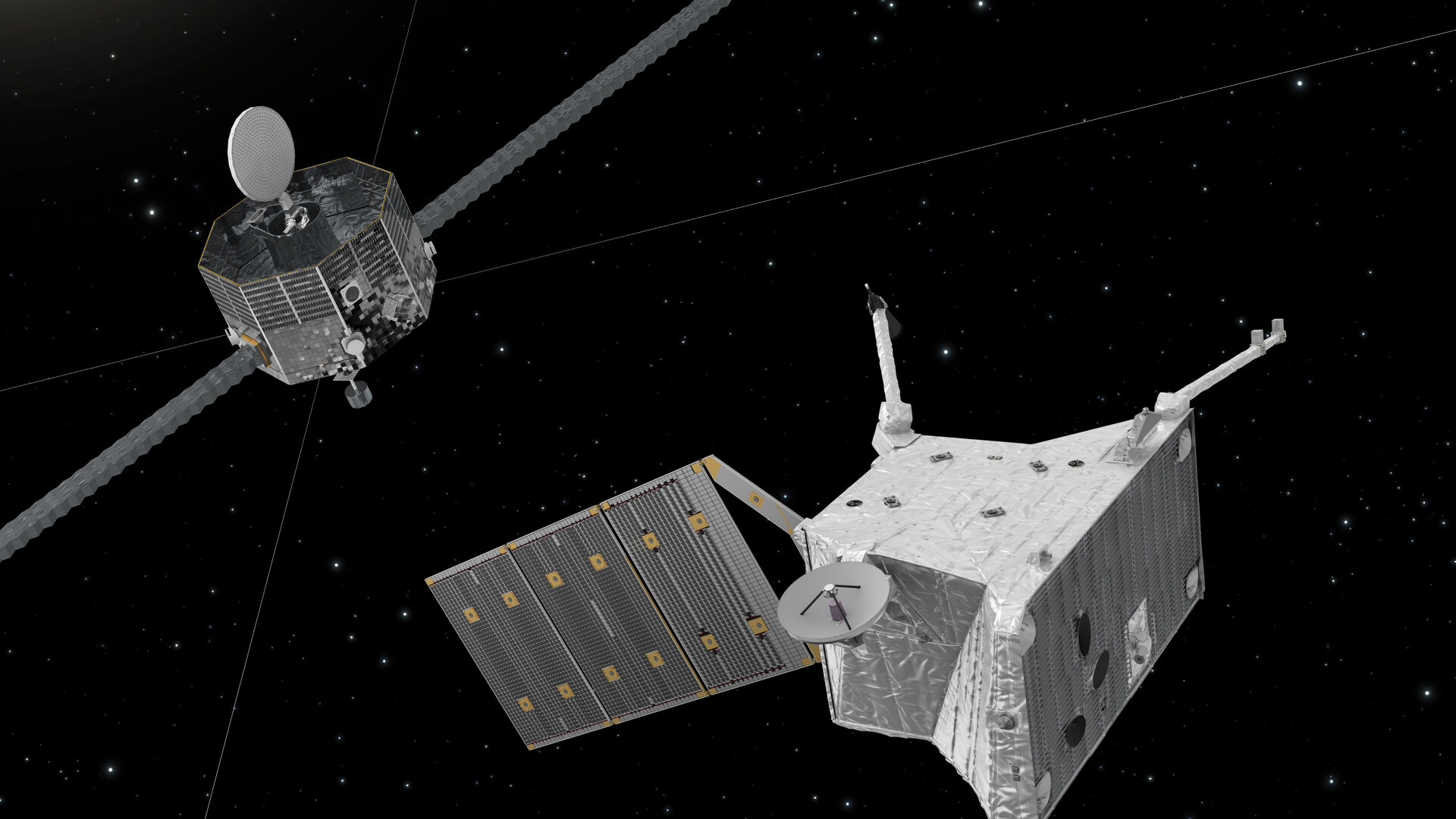 BepiColombo is Europe’s first mission to Mercury, the smallest and least explored terrestrial planet in our Solar System.

The mission will study all aspects of Mercury, from the structure and dynamics of its magnetosphere and how it interacts with the solar wind, to its internal structure with its large iron core, and the origin of the planet’s magnetic field. It will make global maps of the surface elemental and chemical composition and image features to better understand geological processes and how the surface has been modified over time by impact craters, tectonic activity, volcanism and polar ice deposits.

The data will enable scientists to understand more about the origin and evolution of a planet located close to its parent star, and a better understanding of the overall evolution of our Solar System.

The mission is named after the Italian mathematician and engineer Giuseppe (Bepi) Colombo (1920–84). He is known for explaining Mercury’s peculiar characteristic of rotating about its own axis three times in every two orbits of the Sun. He also proposed to NASA the interplanetary trajectories that would allow Mariner-10 multiple Mercury flybys, by using gravity assists at Venus for the first time.