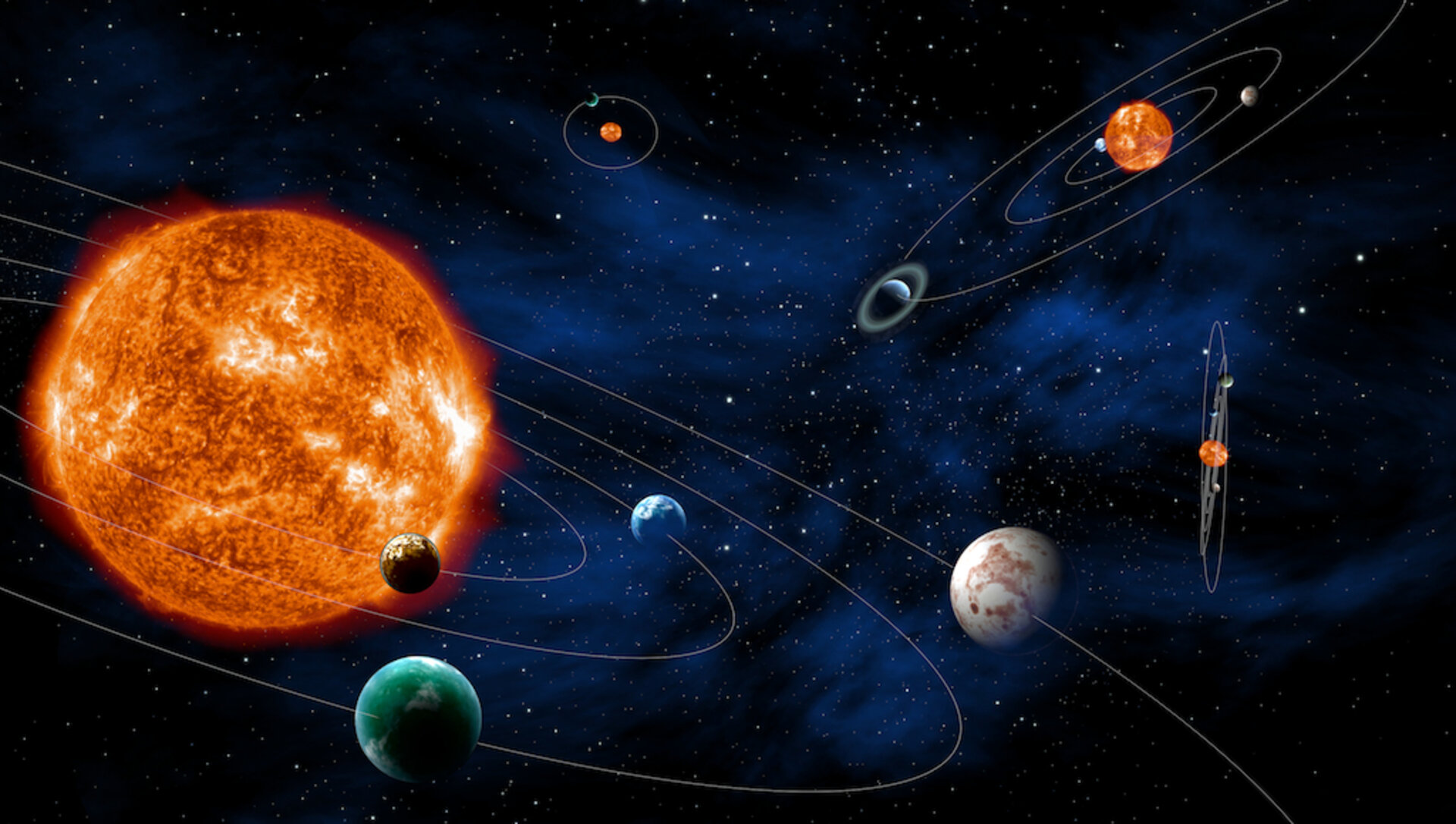 An exoplanet is a planet outside our own Solar System, sometimes referred to as an extrasolar planet.

As of late 2019, more than 4000 exoplanets have been confirmed. Some are massive like Jupiter but orbit much closer to their host star than Mercury does to our Sun, others are rocky or icy, and many simply do not have analogues in our Solar System. There are systems hosting more than one planet, a planet orbiting two stars, and a handful of planets that may even have the right conditions for water to be stable on their surfaces, a necessary ingredient for life as we know it.

“Are we alone in the Universe?” is one of the most profound questions humanity can ask. The discovery of the first exoplanet orbiting a star like our Sun was made in 1995, and today the study of exoplanets is one of the fastest growing areas in astronomy.

Studying the diverse range of exoplanets and planetary systems that have been discovered to date – from the small to the large, from those that appear Earth- like to the profoundly bizarre – not only helps us learn about how these particular systems formed and evolved, but provides essential clues towards understanding whether and where life might exist elsewhere in the Universe.

Read more about the zoo of exoplanets being discovered here