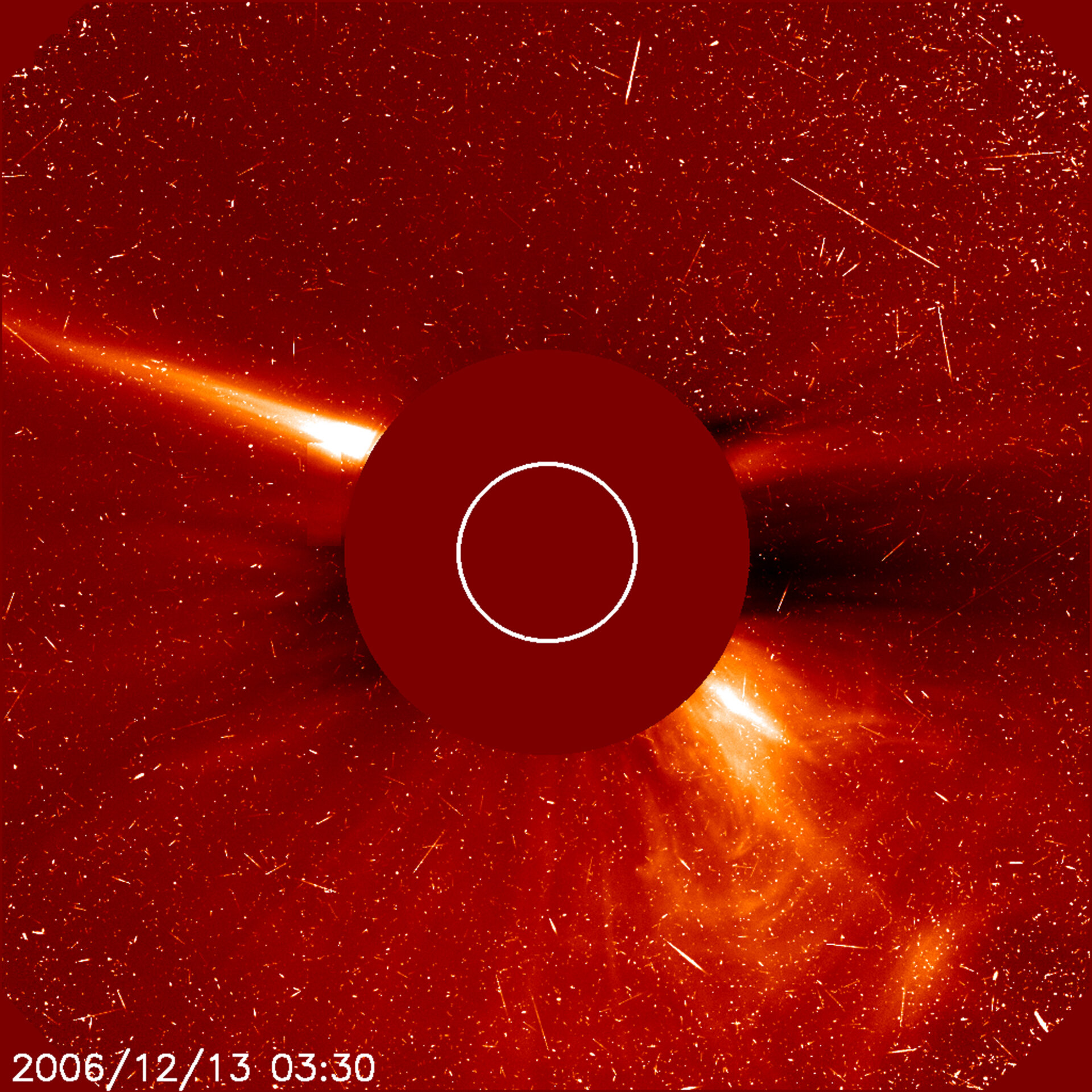 The solar wind of particles streaming from the Sun can become gusty and even build up into storms. Driven by solar magnetic activity, the solar wind and solar storms collectively lead to what is known as space weather. Solar storms can spark colourful auroras in the night sky and, more seriously, prove dangerous to modern technology. The particles can endanger astronauts and satellites, and disrupt communications, computers, power supplies and navigation systems on Earth.

This makes space weather a matter necessitating constant vigilance, with spacecraft watching for events on the Sun that may cause trouble on Earth in the ensuing minutes and days. Once a solar storm is triggered, the Sun can produce a sequence of events, although not all the elements are apparent every time.

When a solar flare erupts, the magnetic explosion can release as much energy as a billion atomic bombs. This drives off a torrent of X-rays and ultraviolet rays, which leave the Sun at the speed of light. If they are heading towards Earth, they arrive there eight minutes later before being absorbed in the ionosphere, potentially disrupting short-wave radio transmissions and causing errors in navigation systems.

Following on about an hour or two behind are high-speed solar protons and other energetic particles. These can harm astronauts, damage spacecraft and, if they reach the ground, can cause errors in computers.

The flare is often accompanied by a large eruption of gas from the Sun’s outer atmosphere, known as a Coronal Mass Ejection (CME). A CME creates gusts and shock waves in the solar wind, which, if heading towards Earth, can take anything from 18 hours to a few days to reach us. When it arrives, it buffets Earth's magnetic field, making compass needles wander. The varying magnetic field can also provoke damaging surges of electrical current in long metallic structures such as power lines and pipelines.

The magnetic disturbances can drive particles from space into the upper atmosphere, where they collide with the atoms and molecules there, creating auroras.

The various solar effects heat Earth’s upper atmosphere, making it swell and increasing its drag on low-altitude satellites. If a satellite does not compensate by using its thrusters, it can be dragged out of orbit. This effect also has a positive side, as it helps to drag space debris down into the atmosphere, where it burns up.

Telecommunications and weather satellites in geostationary orbits suffer in a different way. If a gust in the solar wind squeezes the magnetosphere severely enough, the satellites can find themselves outside the shield and more exposed to damaging particles.