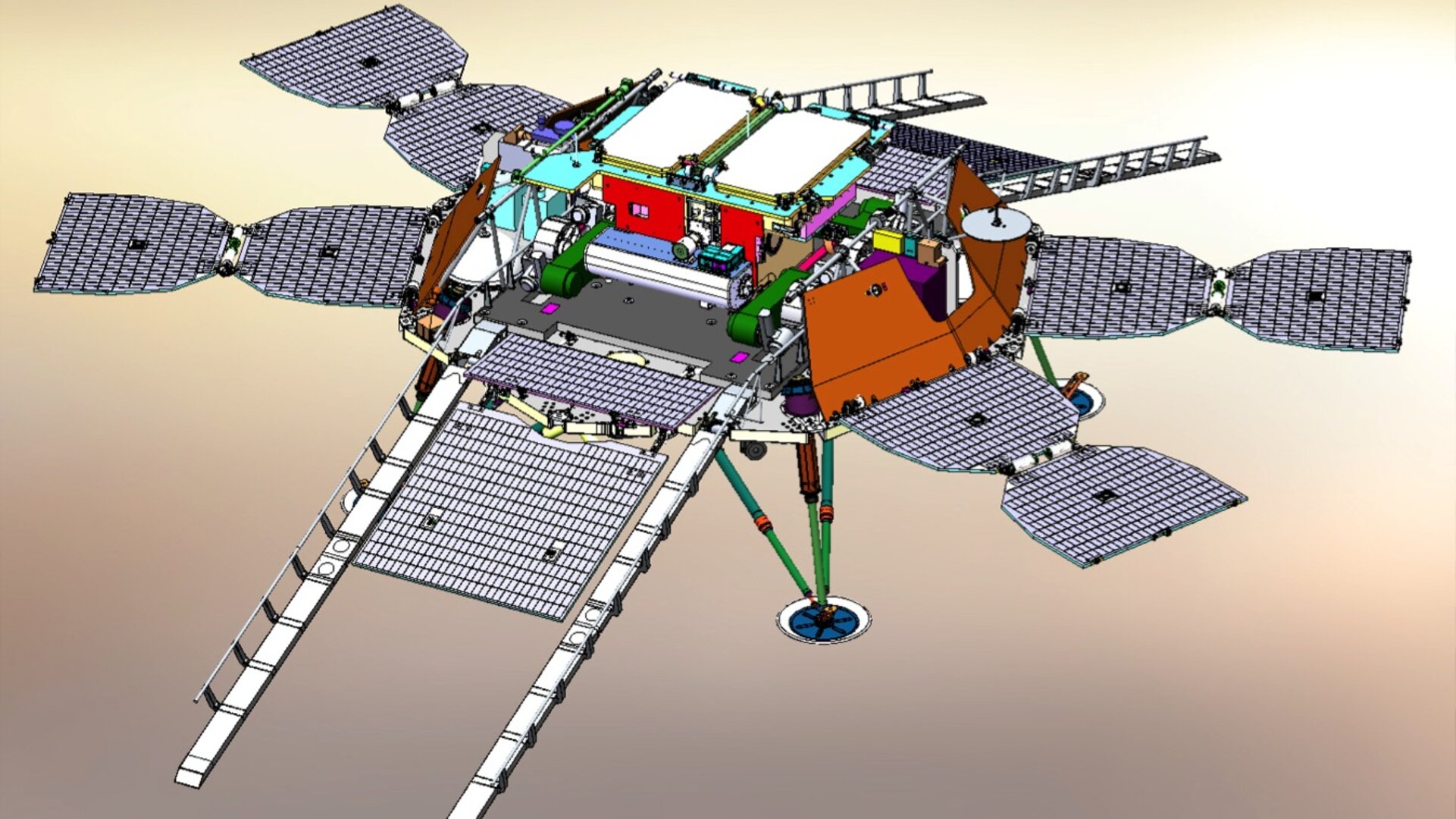 Two European instruments and four European contributions on two Russian instruments have been selected for the Russian-led science platform that will land on Mars as part of the ESA–Roscosmos ExoMars 2018 mission.

The first of the two ExoMars mission is in final preparation for launch next March. It consists of the Trace Gas Orbiter, which will investigate the possible biological or geological origins of important trace gases in the martian atmosphere, and Schiaparelli, an entry, descent and landing demonstrator module.

The second ExoMars mission, planned for launch in May 2018, comprises a European-led rover that will be the first to combine driving across the martian surface with drilling two metres below the surface, and a stationary surface science platform.

After landing on Mars in 2019, the rover will descend from the platform via a ramp. Then both will begin their scientific operations.

The platform is expected to operate for at least one Earth year, imaging the landing site, monitoring the climate, investigating the atmosphere and analysing the radiation environment.

It will also study the distribution of any subsurface water at the landing site, and perform geophysical investigations of the internal structure of Mars.

Roscomos and the IKI Space Research Institute of Russian Academy of Sciences had already identified a preliminary payload of instrument packages to fulfil these goals, some of which anticipated the inclusion of European elements.

Following a call to the European scientific community issued in March 2015, nine proposals were received and assessed. ESA has now approved the selection of six European elements. This includes two fully European-led instruments, and four sensor packages to be included in two Russian-led instruments.

The two European-led instruments proposed are the Lander Radioscience experiment (LaRa) and the Habitability, Brine Irradiation and Temperature package (HABIT).

LaRa will reveal details of the internal structure of Mars, and will make precise measurements of the rotation and orientation of the planet by monitoring two-way Doppler frequency shifts between the surface platform and Earth.

It will also be able to detect variations in angular momentum due to the redistribution of masses, such as the migration of ice from the polar caps to the atmosphere.

HABIT will investigate the amount of water vapour in the atmosphere, daily and seasonal variations in ground and air temperatures, and the UV radiation environment.

The four European sensor packages in the two Russian-led instruments will monitor pressure and humidity, UV radiation and dust, the local magnetic field and plasma environment.

“At the same time, the rover will travel several kilometres to search for traces of past life below the surface. It’s a very powerful combination of instruments.”

All three sites bear evidence of having been influenced by water in the past, and are likely representative of global processes operating in the Red Planet's early history.

ESA and Roscosmos will take a final decision on the landing site about six months before launch.