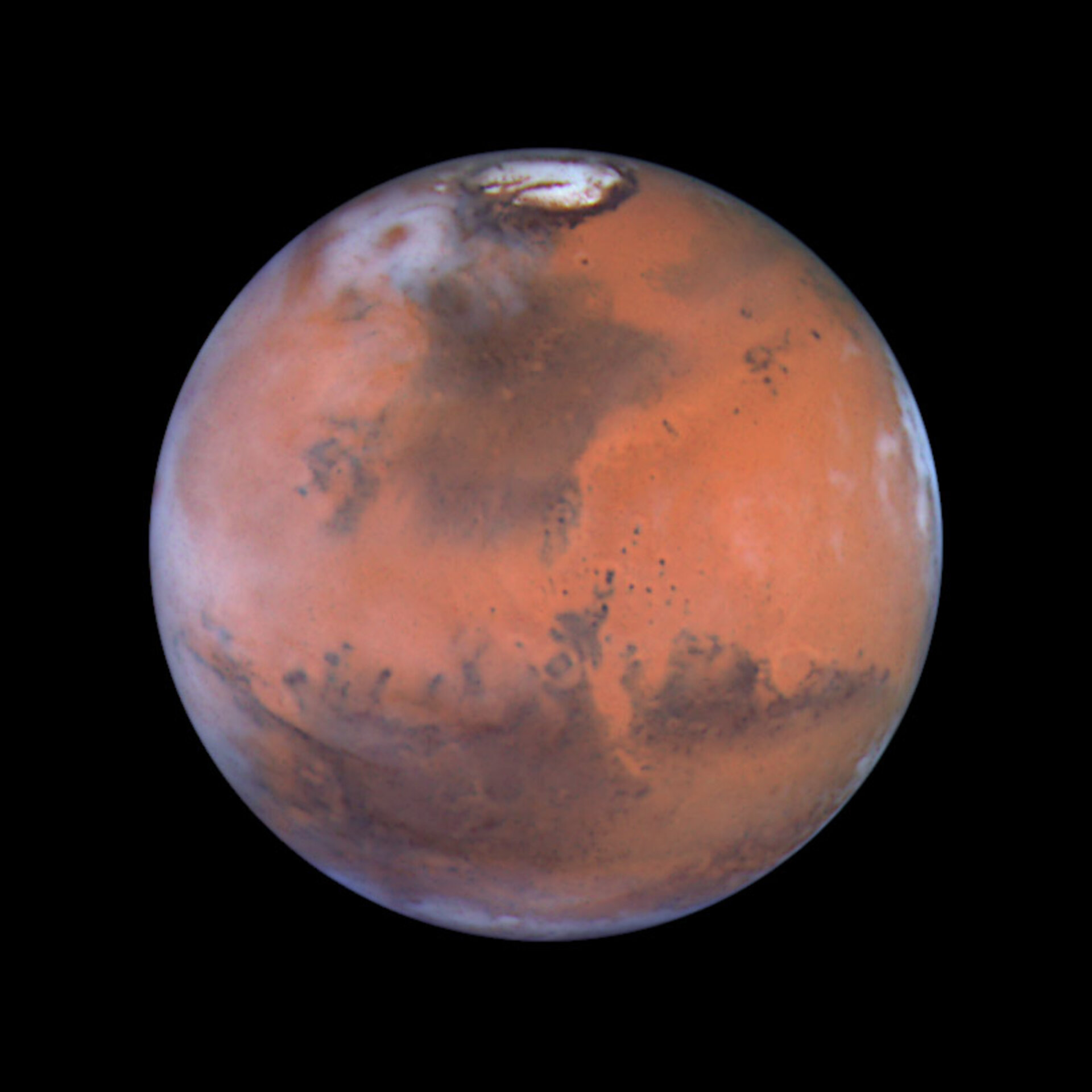 The seasons are caused by the regular, repeating way a planet changes its orientation with respect to the Sun, as it follows its orbital path. Both the amount of solar radiation and its point of entry into the planet’s atmosphere change at any given spot.

By having an inclined rotation axis or following an elliptical orbit, or both, a planet itself can cause such changes. On Earth we experience the four, familiar seasons of spring, summer, autumn and winter. These seasons can be broadly applied to the other planets as well.

On Earth, the seasons are largely driven by the rotation axis of the planet being inclined at about 23 degrees to the upright. This means that different hemispheres of Earth are presented to the Sun at different times of the year.

Seasons on Mars are influenced by the tilt of its axis and by its varying distance from the Sun. Earth is always about the same distance from the Sun, but the orbit of Mars is more elliptical so, at certain times of its year, it receives more energy than at others, because it is closer to the Sun.

Mars is closest to the Sun (and moving fastest in its orbit) during southern summer. This makes summer in the south of Mars shorter and hotter than summer in the north. Mars has 687 days in a year compared to our 365 days, so martian seasons are longer.

An intriguing discovery from the long-term study of Saturn with the NASA/ESA Hubble Space Telescope (HST) was that, by 2002, the wind speed had dropped from 1700 to 1000 kilometres per second since the Voyager 2 fly-by measured it during the early 1980s. This change could be indicative of the onset of winter on Saturn, which began in March 2002. It was still summer for the planet when Voyager 2 cruised past.

There is also some speculation among scientists that shadowing from the ring system of the planet may superimpose a more complex seasonal pattern on the longer, more-familiar spring-summer-autumn-winter cycle.

Neptune too has been shown to exhibit seasonal changes. Like Saturn, it is sliding into a winter season, from which Neptune will not emerge for another twenty Earth years. Again, Hubble data have shown that the planet is steadily reflecting more sunlight back into space due to the build up of clouds in its atmosphere.

Beyond the straightforward seasons, long-term orbital changes also affect the amount of sunlight received and its entry-point into a planet’s atmosphere. These effects are called ‘Milankovitch cycles’ on the Earth and take place over tens or hundreds of thousands of years. They have been shown to be a driving factor in Earth’s ice ages. Martian ‘Milankovitch cycles’ are thought to be more extreme than Earth’s.