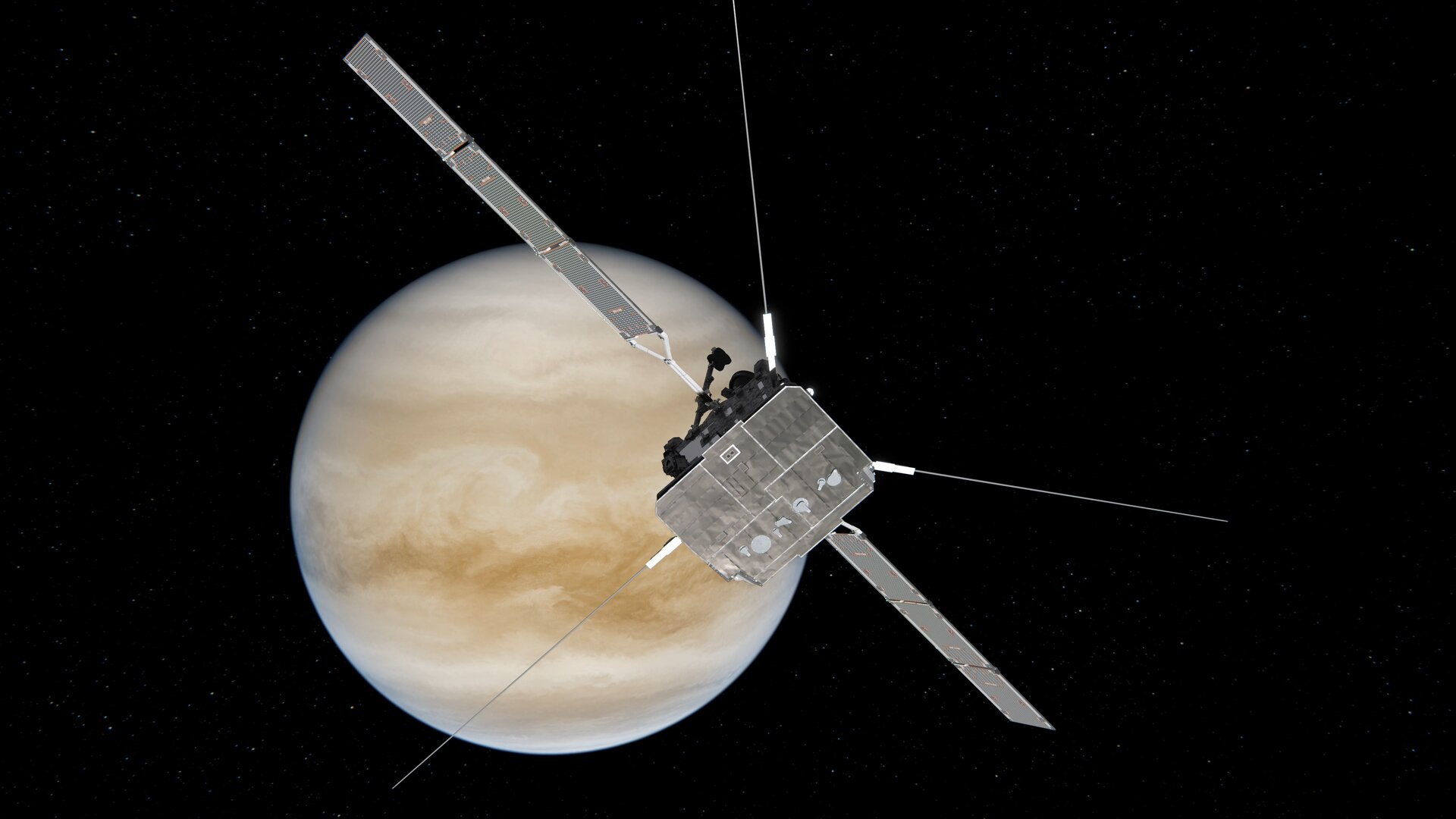 Solar Orbiter is getting ready for the first of many gravity assist flybys of Venus on 27 December, to start bringing it closer to the Sun and tilting its orbit in order to observe our star from different perspectives.

Just as the majority of us will remain safely at home under various COVID-19 pandemic lockdown measures during what is traditionally a holiday period, the flyby – a routine event in the world of flying spacecraft – will also be monitored by the spacecraft operations managers remotely as well.

Closest approach will take place at 12:39 UTC (13:39 CET) on 27 December, and will see the spacecraft fly some 7 500 km from the Venus cloud tops.  Later flybys, from 2025, will see much closer encounters of just a few hundred kilometres.

During the upcoming flyby several in-situ science instruments – MAG, RPW and some sensors of EPD – will be switched on to record the magnetic, plasma and particle environment around the spacecraft as it encounters Venus. (It is not possible to take images of Venus during the flyby because the spacecraft must remain facing the Sun.)

In order to properly line up for the flyby, specialists from ESA's ground stations and flight dynamics teams conducted a so-called ‘Delta-DOR’ campaign, using an advanced technique – Delta-Differential One-Way Ranging – to precisely determine the spacecraft's position in space, and its trajectory.

In Delta-DOR, a set of widely separated ground stations on Earth are used to receive the spacecraft's radio signals, giving a first result for its location. Then, this result is compared to locations of known stellar radio sources previously mapped by other missions, resulting in a corrected and ultra-precise final plot. The Delta-DOR technique allows operators to determine where a spacecraft is to within a few hundred metres, even at a distance of 100 million km.

Today, 17 December, Solar Orbiter is 235 million kilometres from Earth, and about 10.5 million from Venus. It takes about 13 minutes for signals to travel to (or from) the spacecraft.

Solar Orbiter’s path around the Sun has been chosen to be ‘in resonance’ with Venus, which means that it will return to the planet’s vicinity every few orbits and can again use the planet’s gravity to alter or tilt its orbit. The next encounter will be in August 2021, which is also within a few days of BepiColombo’s next Venus gravity assist. Initially Solar Orbiter will be confined to the same plane as the planets, but each encounter of Venus will increase its orbital inclination. By 2025 it will make its first solar pass at 17º inclination, increasing to 33º by the end of the decade, bringing even more of the polar regions into direct view. This will result in the spacecraft being able to take the first ever images of the Sun’s polar regions, crucial for understanding how the Sun ‘works’, for investigating the Sun-Earth connection and how we can better predict periods of stormy space weather.

Follow @esaoperations and @ESASolarOrbiter on Twitter for the latest flyby news and track the location of Solar Orbiter using this interactive chart.