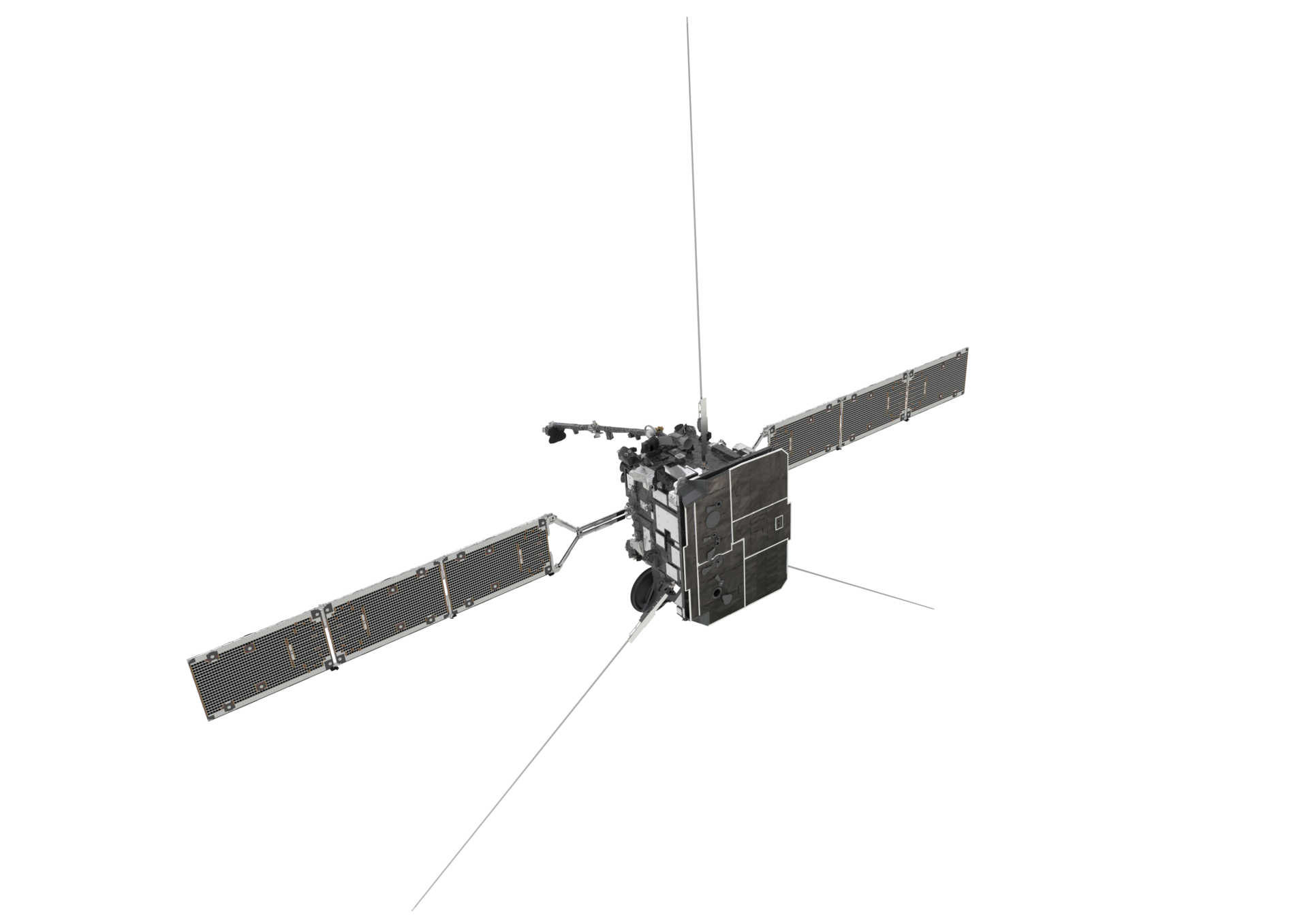 There is a paradox at the heart of Solar Orbiter’s mission. On one hand, scientists want to use the spacecraft to take the closest ever images of the Sun. On the other, they know that the closer they go, the more damaging the very light they seek to collect becomes.

“We had to work out how to protect an instrument that wants to look at the visible surface of the Sun from the visible light itself,” says Achim Gandorfer, of Max Planck Institute for Solar System Research (MPS), and a team member for Solar Orbiter’s Polarimetric and Heliospheric Imager (PHI) instrument.

It was a conundrum faced by all of the instrument teams. Solar Orbiter carries ten instruments, six of which include telescopes, and most of these are designed to look directly at the solar surface. Each faced the same challenge of protecting the delicate instruments from the excessive light and heat while still collecting enough to make their scientific measurements. And each instrument team came up with a unique solution.

Waiting for technology to mature

The scale of the problem is enormous. Solar Orbiter is designed to operate at around 42 million kilometres from the Sun. This is just inside the closest point of Mercury’s orbit to the Sun, at 46 million kilometres. From such distances, the Sun is fearsome. Mercury’s surface can reach temperatures of more than 400°C, making it hot enough to melt lead.

The first spacecraft to travel this close to the Sun were the two Helios missions of the mid-1970s. Manufactured and launched by the West German space agency DLR, and NASA, they flew to between 46 and 43 million kilometres of the Sun. They ‘solved’ the problem of the Sun’s overwhelming heat and light by not carrying telescopes and cameras that looked directly at the solar surface, and by making the spacecraft spin 60 times a minute to distribute the heat flux evenly. Instead, their main payload was particle detectors and magnetic instruments – so called in situ instruments because they sample the physical conditions of space around the spacecraft rather than look at the Sun.

Solar Orbiter carries in situ instruments as well. What makes the mission unique are the pictures it is taking of the Sun because these allow the physical conditions around the spacecraft to be linked to events on the Sun.

To keep the mission safe, the bulk of the almost 1.8-tonne spacecraft is protected by a unique heatshield that has been designed and produced by Thales Alenia Space in Turin, Italy for the spacecraft’s prime contractor, Airbus Defence and Space.

Solar Orbiter’s heatshield can withstand temperatures of more than 500°C by guiding the energy out to the sides and away from the spacecraft. This means that all the electronics and equipment can sit in the shadow of this heatshield and work at more reasonable temperatures. But for the cameras to work, they cannot be completely hidden because they need to be able to see the Sun.

“Basically, you need to drill holes in that sunshield,” says Frédéric Auchère, of Institut d'Astrophysique Spatiale, Université Paris Sud. He is the Principal Investigator for the operations of the Spectral Imaging of the Coronal Environment (SPICE) instrument.

SPICE will reveal the properties of the gas connecting the hot solar atmosphere, or corona, to the cooler solar surface. This gas is electrically charged, which makes it a plasma, and will be guided into space by Sun’s magnetic field. SPICE will detect the light at extreme ultraviolet wavelengths given off by the plasma, which means looking directly at the Sun’s surface. “We have to endure something like 10 to 15 times the power input that we have at Earth,” says Frédéric.

The search for sunglasses

The thing that makes the instrument possible is that SPICE only needs to measure the extreme ultraviolet light from the Sun. It does not need to collect the visible light, which is the wavelength range that contains most of the heat energy coming from the Sun. So in SPICE, the first optical component is a mirror that is only sensitive to ultraviolet light. It bounces the ultraviolet onto the detector, while the visible light and other wavelengths pass straight through and are then directed out of the instrument and away from the spacecraft by a different mirror.

Each of Solar Orbiter’s five other remote sensing instruments deals with the extreme heat and light in their own unique way. For example, the Extreme Ultraviolet Imager (EUI) looks through a peephole in the heat shield. Across this hole is a very thin filter of aluminium foil. It is very much like the foil used in kitchens but much thinner, and it reflects most of the visible light and heat.

David Berghmans, of Royal Observatory of Belgium, the Principal Investigator of EUI thinks of the design challenges as a balancing act between safety and science. “From the engineering and safety point of view you want these peepholes to be as small as possible. While for the telescope that's no good because we want lots of photons to take nice images,” says David.

Luckily for EUI, the universe came to the rescue. It is a law of physics that the smallest detail a telescope can see is related to the size of its aperture divided by the wavelength it is observing. Since the ultraviolet wavelengths that EUI is interested in are smaller than visible light, the size of its peephole did not need to be as big as that for a visible light telescope. “Our wavelengths are tiny, so we can live with small apertures and still observe at high resolution,” says David.

For the X-ray Spectrometer/Telescope (STIX) the wavelengths they are interested in are even shorter. “With X-rays, we put a thin metal plate in front of our instrument to protect it from the heat. It is made of beryllium, which is a very light metal that X-rays can pass through relatively well,” says Säm Krucker, of FHNW University of Applied Sciences and Arts Northwestern Switzerland, and Principal Investigator of STIX.

In the case of the Polarimetric and Helioseismic Imager (PHI), which provides maps of the Sun’s brightness at visible wavelengths and measures the magnetic field structures near the solar surface, the team realised that the instrument only needs to record a narrow band of wavelengths to provide the data they need for their scientific study. All the rest of the damaging light and heat can be reflected back into space.

The PHI team achieved this by developing a sophisticated window with coatings to reject all wavelengths except those in the red part of the visible spectrum that they want. “If you looked at this window, you would see yourself – it looks like a mirror,” says Achim.

For the Metis instrument, known as a coronagraph, an internal baffle blocks out the light from the surface of the Sun, so that the instrument can see the light reflecting from the gases of the Sun’s outer atmosphere, the corona. And for the final remote-sensing instrument, the Heliospheric Imager (SoloHI), the problem was somewhat easier to mitigate against because it does not look directly at the solar surface.

Instead, it looks away from the Sun to capture the light that scatters from the electrons flowing away from the Sun in the solar wind. Even though it is not looking directly at the Sun, it still uses baffles to reduce reflected light from the spacecraft’s solar array and heat shield.

Freezing at the back 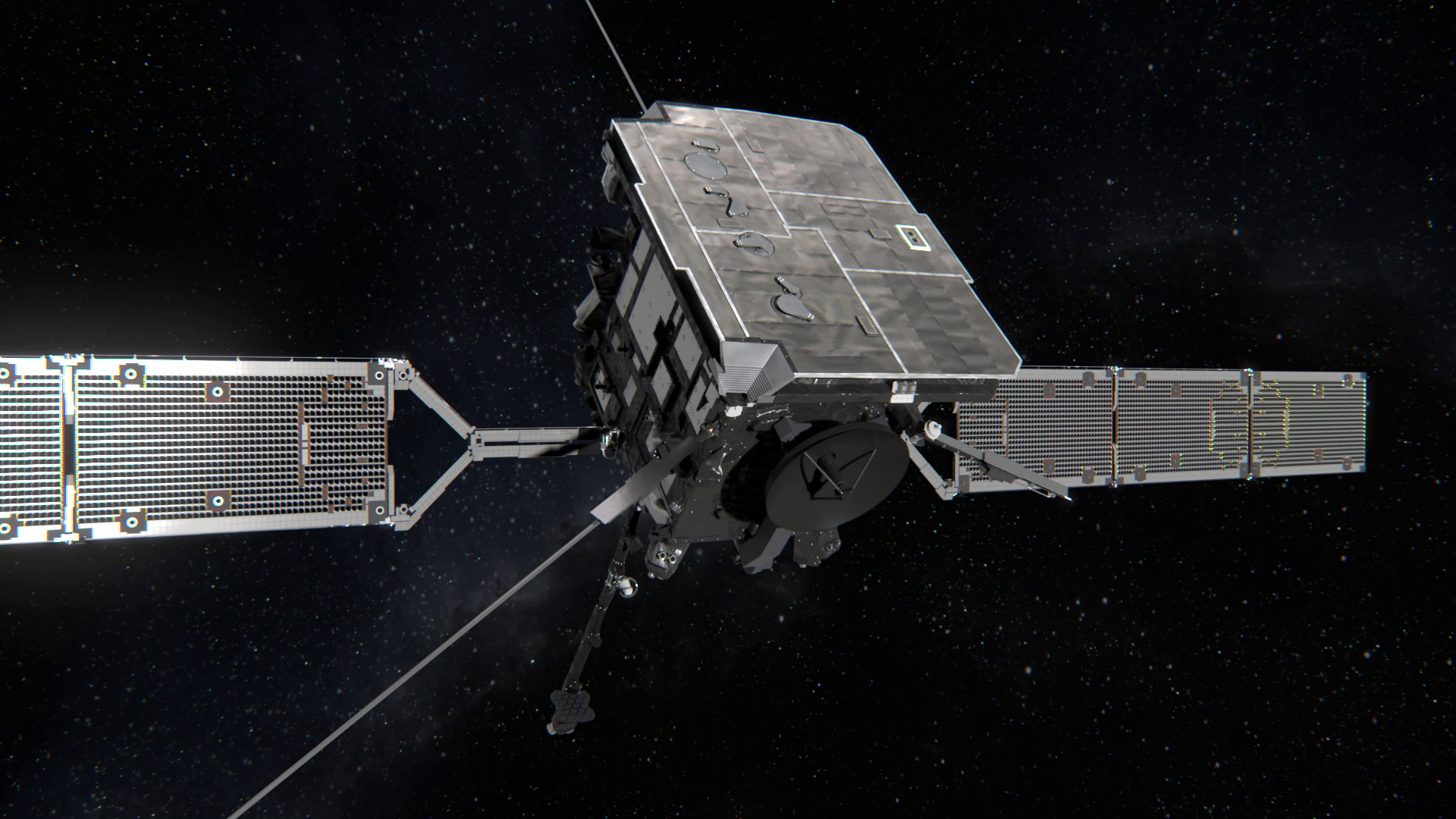 And it is not just extreme heat that Solar Orbiter must overcome. Most of the in situ instruments have to deal with the opposite problem, freezing cold. Their detectors are located on a 4.4-metre boom that extends out of the back of the spacecraft, and this keeps them in the shadow of the heat shield while allowing the particles and magnetic field to flow around them.

One instrument in particular must deal with both extreme hot and extreme cold. The Solar Wind Analyser (SWA) contains three separate sensors. The electron analyser system sits at the very end of the boom arm and so is permanently shadowed. “We are in extreme cold,” says Christopher Owen, of University College London’s Mullard Space Science Laboratory, and the SWA Principal Investigator. "Left to its own devices, it will cool to –100°C or worse. So we actively have to heat that one.”

The two other sensors in the SWA, however, must face the Sun like a telescope because of the particles they are interested in catching. These detectors are the proton alpha particle sensor and the heavy ion detector. They each have a cutout in the corner of the main spacecraft heat shield, and their own mini-heat shield to protect them. Then, each heat shield has a small slit in it to allow the particles to enter, but this also lets in the damaging light. That’s where the instrument design gets clever.

Because the protons and heavy ions are electrically charged, they can be deflected by electric fields. So these detectors each generate a strong, localised electric field behind the slit to bend the particles down into the detector, which is safely stowed behind the main heat shield. The light that enters the slit is not deflected and passes straight out the back of the instrument. “This is a kind of elecrostatic periscope mode of operation” says Christopher.

There can be no doubt about it, Solar Orbiter is a complex spacecraft. From the front of the heatshield at more than 500°C, to the extremity of the boom arm at –100°C, the spacecraft has to cope with an enormous range of temperatures. But if we are ever going to answer questions such as what heats the Sun’s outer atmosphere, and what accelerates the solar wind, then we have to get as close as we can with as many different kinds of instruments as we can.

For Yannis Zouganelis, ESA Solar Orbiter Deputy Project Scientist, this is what makes the mission worthwhile. “We have four big topics that we want to address but this translates into hundreds of smaller questions,” he says.

Solar Orbiter is unique in that it can combine data from the remote-sensing and in situ instruments – something that no spacecraft has done before. “I hope that we will have many answers to many of our mysteries, but we will of course find more questions too. As for every exploratory mission, I’m sure that we're going to have surprises,” says Yannis.

And when those surprises come, there is no better equipped spacecraft than Solar Orbiter to tackle them.