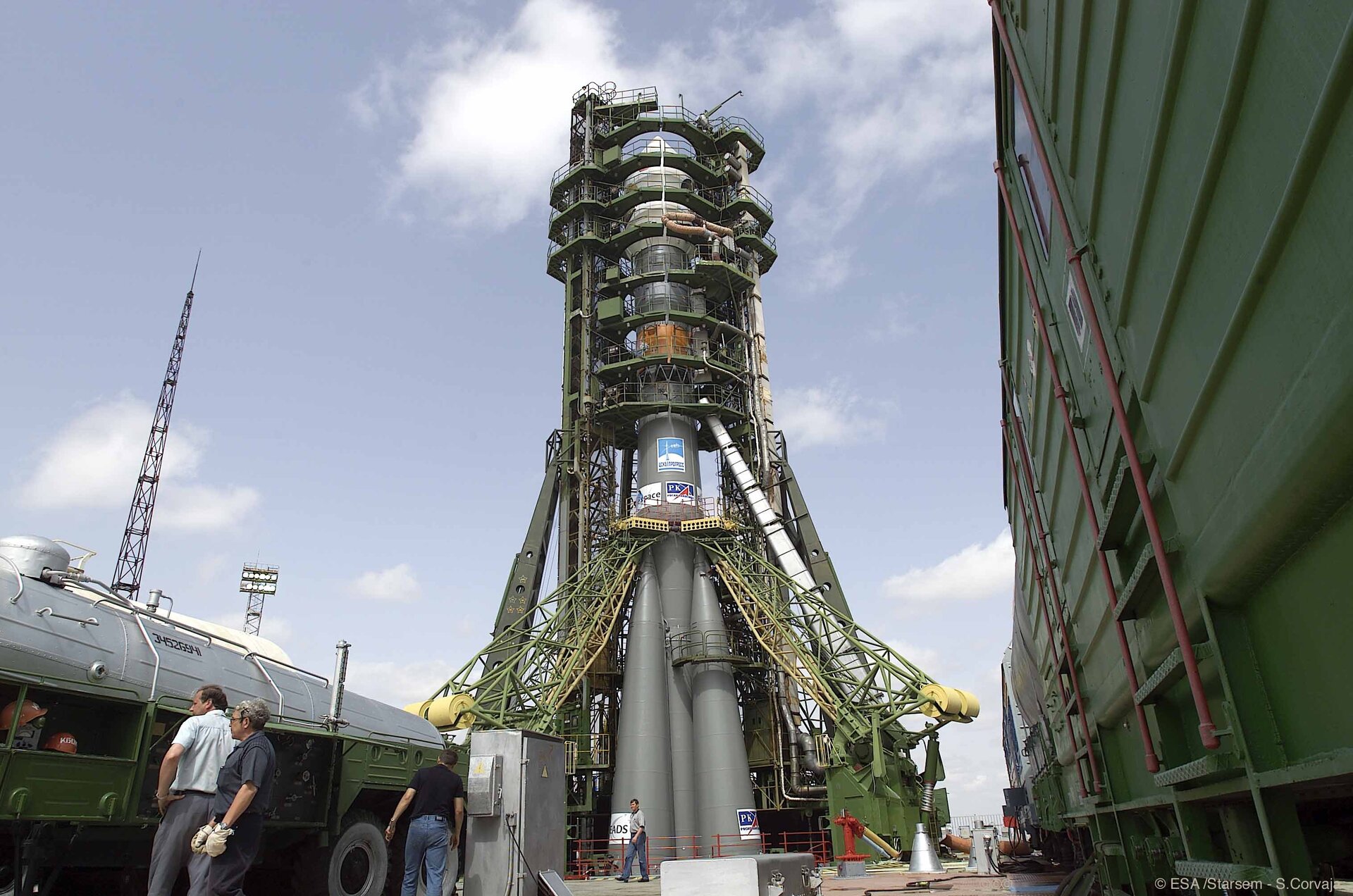 The launch window is a term used to describe a time period in which a particular mission must be launched.

If the spacecraft intends to rendezvous with another spacecraft, a planet, or other point in space, the launch must be carefully timed so that the orbits overlap at some point in the future. If the weather is bad or a malfunction occurs during a launch window, the mission must be postponed until the next launch window appropriate for the flight.

On 2 June 2003, ESA launched its Mars Express mission on board a Russian Soyuz-Fregat launcher - almost halfway through the assigned launch window. The Mars Express launch window had opened on 23 May and would last for four weeks.

But why did we need a launch window for Mars Express? If we are going to send a mission to a planet, why not just launch the rocket at any time, find where Mars is in the sky, point the rocket at it and travel there?

Imagine the Solar System as an athletics race track. If you were watching the 400 metres race from the centre of the track and wanted to intercept one of the runners taking part, one way would be to simply chase the runner you wish to stop. If you were fast enough, you might eventually catch up but only after expending a lot of energy and travelling a long way.

A much better way to intercept your athlete is simply to walk across the centre to the other side of the circular track. It is a much shorter distance and you use a lot less energy and time getting there.

You calculate your walk so that you arrive at the other side of the track at the same time as they do. Too early and you are waiting around for them. Too late and you have missed them completely - you'd have to wait one lap until they came around again.