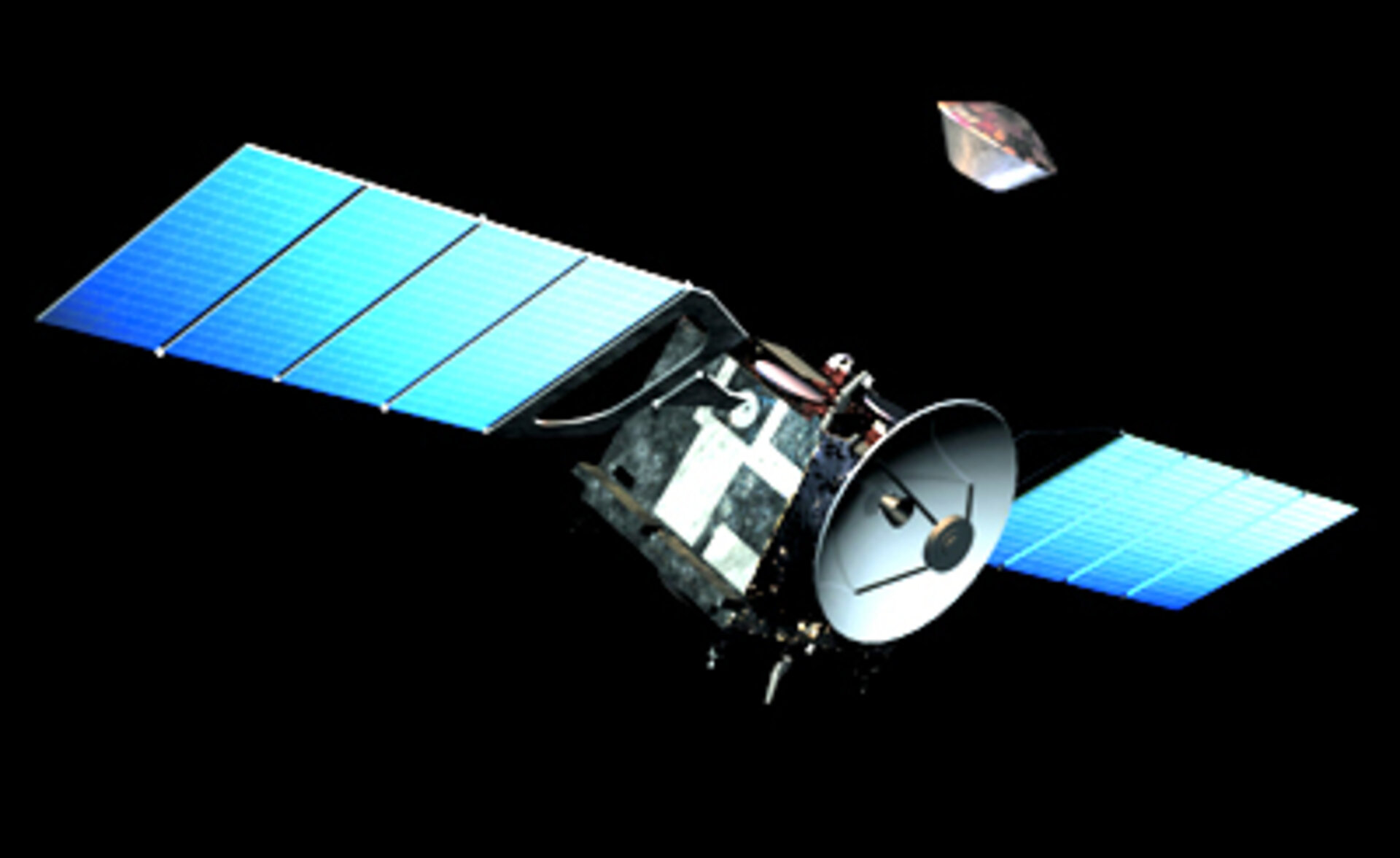 The Mars Express spacecraft, carrying the Beagle 2 lander, was launched on 2 June last year, arriving in the vicinity of Mars in December. The separation of Beagle 2 from Mars Express occurred on 19 December. The satellite continued its mission with its successful insertion into a Mars orbit on 25 December, the day on which Beagle 2 was due to land.

The first radio contact with Beagle 2 was expected shortly after the scheduled landing time but no signal was received. Many radio contacts were attempted over the following days and weeks, but without result. By early February it became clear that there was no prospect of communicating with Beagle 2 and a joint ESA/UK inquiry was set up to investigate the circumstances and possible reasons that prevented completion of the Beagle 2 mission.

The report was commissioned jointly by Lord Sainsbury and ESA’s Director General, Jean-Jacques Dordain. It is not therefore a public inquiry. The Commission of Inquiry was led by ESA’s Inspector General, René Bonnefoy, with David Link (former Director at Matra-Marconi Space, now EADS-Astrium(UK)) as co-Chairman.

The Commission of Inquiry, which included senior managers and experts from within Europe and also NASA and Russia, held several meetings in the UK and in ESA, interviewing the key actors, directors, managers, scientists, and engineers, who participated in the development of Beagle 2. The report has been submitted to the UK Minister for Science and Innovation and the Director General of ESA and accepted. No single technical failure or shortcoming was unambiguously identified but a few credible causes for Beagle 2’s loss were highlighted. More importantly, the Board made it clear that there were programmatic and organisational reasons that led to a significantly higher risk of Beagle 2 failure, than otherwise might have been the case.

The scope of the Inquiry covered a wide range of important issues of concern to the UK, ESA and other Member States in ESA. Some of these matters are necessarily confidential between governments and the Agency and cannot be released.

Furthermore, the development of Beagle 2 entailed close working relations between many firms in the UK. Many of those firms invested their own funds in the project and formed relations which remain commercially sensitive.

Although deciding that the Report should remain confidential, we believe it is important that the full set of Recommendations is published together with our appreciation of lessons learnt. You will, of course, have an opportunity to hear at first hand about our plans to implement those Recommendations and to ask questions.

The Inquiry Board has not singled out any act by any individual, nor any technical failure that in itself could have been the unique cause of failure of Beagle 2. In the Inquiry Board’s work, many individual decisions were analysed. However, there are institutional lessons to be learnt, many of which flow from treating the lander as an instrument, which at the time was the standard practice.

The Commission has proposed a set of 19 Recommendations on which the UK Government, ESA and the Beagle 2 project team are agreed. They can be grouped in three parts:

In 1997, due to the failure of an earlier Russian mission, equipment was available for a mission to Mars. At the same time it was known that Mars would be at a point of closest approach to Earth during the summer of 2003. As a result ESA Member States selected the Mars Express mission, though the schedule was tight, and ESA invited proposals to consider the addition of a lander. Three European teams proposed landers and Beagle 2 was selected. It is now clear that the very high potential scientific benefits of the project may have contributed to a collective institutional underestimate by us all of the corresponding means to identify and mitigate risks that arose during development and subsequently proved difficult to resolve due to the very tight financial, mass and schedule constraints imposed by the rigid schedule set by that closest point of approach, and by overall budget constraints.

1. ESA will return to Mars but next time the approach must have the capacity to handle the complexity, and scientists, engineers and industry will need to agree from the start the formal partnership arrangements and responsibilities that will apply throughout;

2. Any future complex instrument or lander must be implemented under the same management process as the mission spacecraft. BNSC has already led the way in implementing such a new policy with the European MIRI instrument for the James Webb Space Telescope. Nevertheless, scientific groups will be fully integrated into those overall arrangements;

3. A dedicated Exploration Directorate in ESA has been set up to coordinate technical requirements and approaches Europe-wide and will take responsibility for securing European capabilities for crucial elements for planetary missions;

4. Confidential Debriefing will be given to all scientific groups and industrial companies in Beagle 2 on request;

5. ESA Member States will be confidentially debriefed on the implications of this new approach in future programmes and to partnership arrangements.

The recommendations of the Commission of Inquiry:

Recommendation 1
Future lander missions should be under the responsibility of an Agency with appropriate capability and resources to manage it. The lander/orbiter mission should be managed as an integrated whole. Nationally-funded science instruments should be included in the lander on the same basis as on the orbiter.

Recommendation 2
For future science payloads which are critical to overall mission success or have a very high public profile, the ESA Executive should make a formal, comprehensive assessment of all aspects of the proposals including technical, management and finance, and advise Space Science Policy Committee (SPC) accordingly before acceptance. If the assessment is not positive, ESA should advise the SPC not to accept the proposal.

Recommendation 3
Sponsoring Agencies of nationally-funded contributions to ESA projects should ensure that the required financing is committed at the outset to meet the estimated Cost at Completion and require that a structured development programme is established.

Recommendation 4
In addition to the ESA-led reviews of interfaces, formal Project Reviews of nationally-funded contributions to ESA missions should be undertaken by the sponsoring Agency to a standard agreed with ESA and should cover the entire project.

Recommendation 5
When an independent review of a nationally-funded project, such as the Casani review of Beagle 2, is commissioned, it is essential that ESA and the Sponsoring Agency ensure that its recommendations are properly dispositioned and those which are agreed are actioned and followed up through a formal process.

Recommendation 6
For future projects, Heads of Agreement or similar formal arrangements between co-operating entities, ESA, and national sponsors, should be put in place at the outset of projects and should include formal consultations at key stages of the projects to jointly consider its status.

Recommendation 7
Fixed price contracting should be avoided solely as a mechanism for controlling costs, and used only where the sponsor and contractor are in alignment on the requirements and scope of the work and the sharing of risks between them. Both parties should be confident that the contractor has sufficient margins to manage his uncertainties and risks.

Recommendation 8
For future high-profile/high-risk projects, ESA and any Sponsoring Agency should manage the expectations of the outcome of the project in a balanced and objective way to prepare for both success and failure.

Recommendation 9
At the start of a programme, the funding authority (ies) should require that there is system-level documentation. This is necessary to provide all partners with the technical requirements for the project and sufficient design description and justification such that the margins and risks being taken in each partner’s area of responsibility are visible.

Recommendation 10
Future planetary missions should be designed with robust margins to cope with the inherent uncertainties, and they should not be initiated without adequate and timely resources to achieve that.

Recommendation 11
Future planetary entry missions should include a minimum telemetry of critical performance measurements and spacecraft health status during mission critical phases such as entry and descent.

Recommendation 12
For future planetary entry missions, a more robust communications system should be used, allowing direct commanding of the lander for essential actuations and resets without software involvement – enabling recoveries in catastrophic situations.

Recommendation 14
Adequate and realistic deployment tests should be performed, and sufficient time and resources must be available in the development of a new planetary mission.

Recommendation 15
Elimination of internal connectors for mass saving should be avoided if at all possible. But if unavoidable, a stringent system of check and independent crosscheck should be followed during the final wiring operation.

Recommendation 16
A back-up for the entry detection event (T0) must be included in the design of planetary entry probes.

Recommendation 17
Future planetary entry missions should include a release of the back cover and front shield, which is aerodynamically stable and analytically predictable to avoid uncontrolled contact of front shield with the lander.

Recommendation 18
Sufficient difference between ballistic coefficients of all separated items, e.g. back covers assembly and the main parachute, or other positive means, must be ensured to exclude collision after separation.

Recommendation 19
Adequate competencies in air bag and parachute technology must be available for future European planetary missions, making best use of existing expertise e.g. in USA and Russia.

1. The Beagle 2 inquiry was launched on February 11 by Lord Sainsbury, UK Minister for Science and Innovation, and Jean-Jacques Dordain, ESA Director General, to investigate the circumstances and possible reasons that prevented completion of the Beagle 2 mission. Such inquiries are routine in the event of unsuccessful space missions.

2. The Inquiry Commission was set up jointly between ESA and BNSC and was chaired by the ESA Inspector General. The Commission included senior managers and experts from Europe and also from NASA and Russia. Its remit was to:

All members of the Commission have signed a non-disclosure agreement.

3. The Beagle 2 project was led by the Open University, providing the science lead, and EADS-Astrium, the prime industrial contractor responsible for the main design, development and management of the lander.

4. The Beagle 2 lander was funded through a partnership arrangement involving the Open University, EADS-Astrium, the Department of Trade and Industry (DTI), the Particle Physics and Astronomy Research Council (PPARC), the Office of Science and Technology and ESA. Funding also came from the National Space Science Centre and the Wellcome Trust. UK principal investigators for Beagle 2 in the UK came from the Open University (gas analysis package), Leicester University (environmental sensors and x-ray spectrometer) and Mullard Space Science Laboratory (imaging systems).

5. BNSC is a partnership of Government Departments and Research Councils with an interest in the development or exploitation of space technologies. BNSC is the UK Government body responsible for UK civil space policy, to help gain the best possible scientific, economic and social benefits from putting space to work.