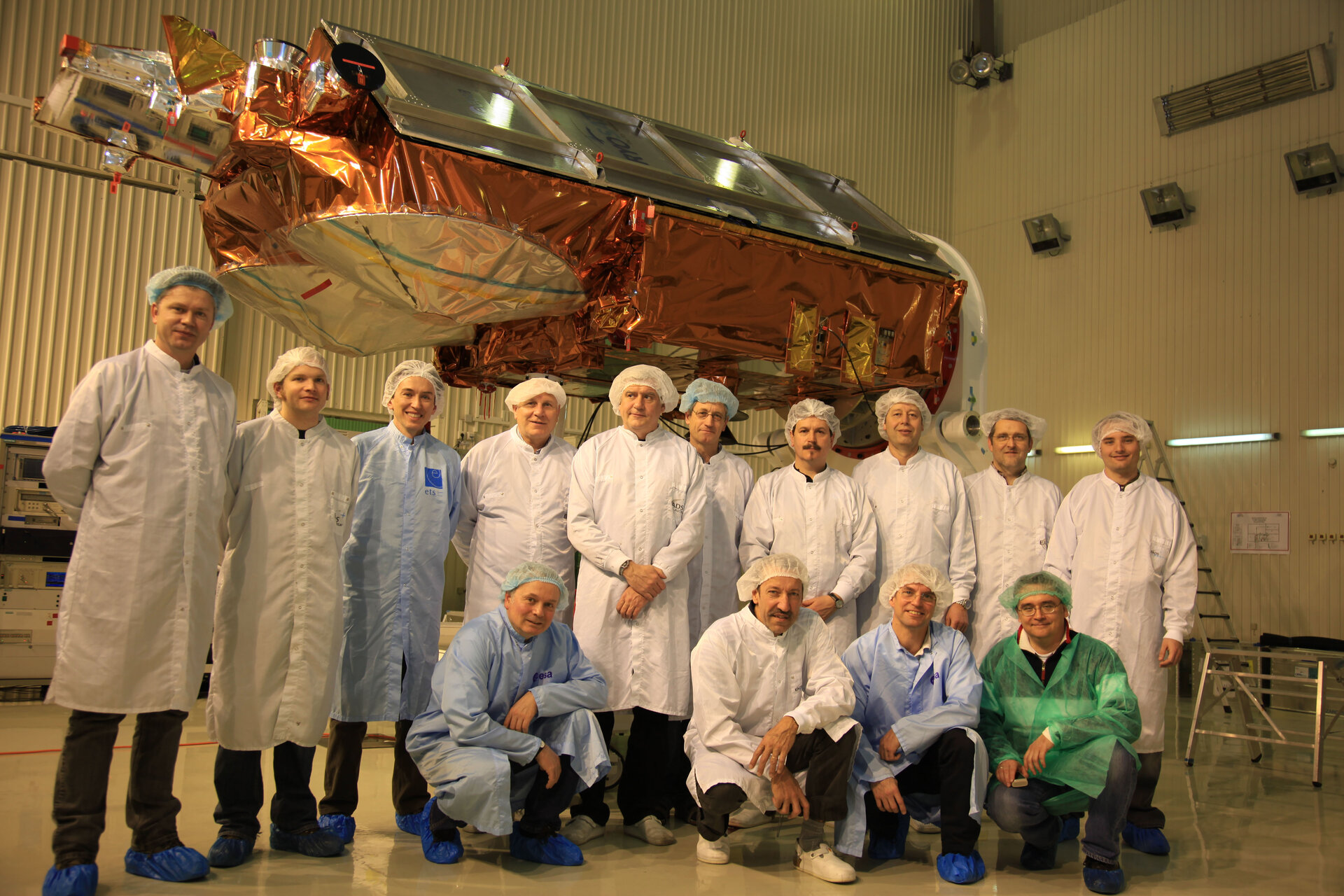 22 January 2010 – Following the safe arrival of the CryoSat-2 satellite at the launch site in Baikonur a week ago, the launch campaign team has been busy unpacking the satellite and the containers of support equipment. Initial inspections show the satellite to be in good shape.

Marking the official start of the launch campaign, CryoSat-2 arrived at the Yubileiniy airfield at the launch site on 13 January. The first task was to unload the satellite container and support equipment from the Antonov aircraft, which had carried the cargo from Munich in Germany. Fortunately, the weather was kind; sunny, around –12°C and a slight breeze, which helped with the job of unloading and transporting the precious cargo by lorry to the integration facilities.

The following day was spent unpacking and setting up the ground support equipment. This equipment includes a lifting beam and the multipurpose trolley, which is used to support the satellite while it is being tested. Once the equipment was set up the satellite could be unpacked and installed on the trolley – a milestone in the launch campaign.

In addition, the Dnepr launch space head module, which encapsulates the satellite during launch, was brought into facilities.

By 17 January, most of the support equipment and communication links to ESA’s Spacecraft Operations Centre, ESOC, in Germany had been configured and the team could start the routine jobs of preparing CryoSat-2 for launch. This included installing and charging the flight battery, and removing the solar array covers.

So far, the campaign is running smoothly and these first observations of the satellite show that CryoSat-2 arrived at the launch site in good shape. In the following weeks, a series of tests will be carried out before the satellite is encapsulated in the launcher’s space head on 15 February.