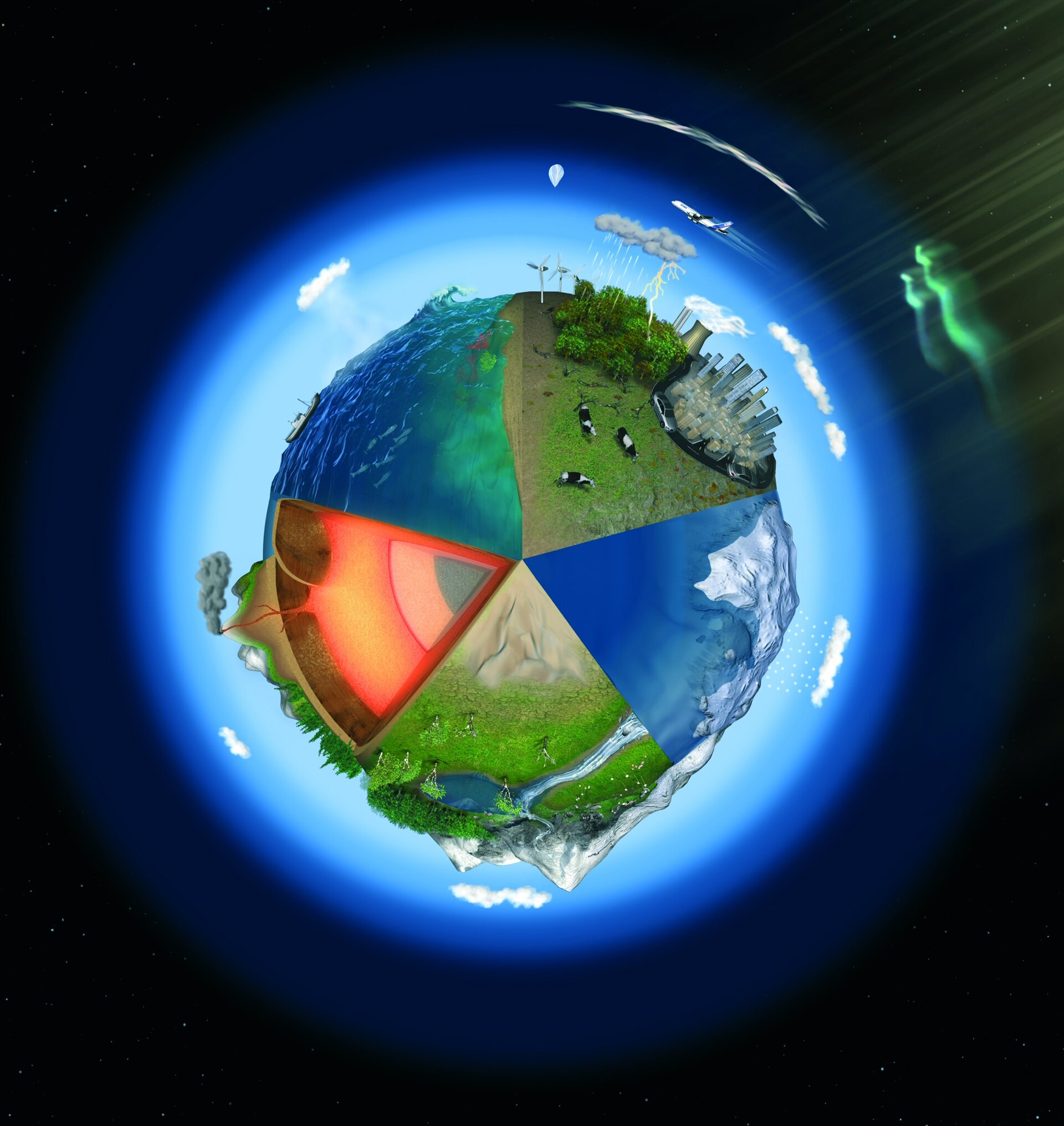 ESA has been dedicated to observing Earth from space ever since the launch of its first Meteosat meteorological satellite in 1977. Following the success of this first mission, the subsequent series of Meteosat satellites, ERS-1, ERS-2 and Envisat provided us with a wealth of valuable data about Earth, its climate and changing environment.

It is crucial, however, that we continue to learn more about our planet if we are to understand the Earth system and its processes, especially within the context of global change. This will equip us better for predicting the effects a changing climate may bring. It is, therefore, also important to address scientific questions that have a direct bearing on societal issues humankind will face in the coming decades.

As our quest for knowledge continues to grow, so does our demand for accurate satellite data to be used for numerous practical applications for protecting and securing the environment.

Responding to these needs, ESA's Living Planet Programme comprises a science and research element, which includes the Earth Explorer missions, and an Earth Watch element, which is designed to facilitate the delivery of Earth observation data for use in operational services.

Earth Watch includes the well-established meteorological missions with the European Organisation for the Exploitation of Meteorological Satellites (Eumetsat).

In addition, the Copernicus Sentinel missions, which form part of the Copernicus Space Component, collect robust, long-term climate-relevant datasets. Together with other satellites, their combined data archives will be used to produce Essential Climate Variables for climate monitoring, modelling and prediction.

The Earth Explorers are research missions designed to address key scientific challenges identified by the science community while demonstrating breakthrough technology in observing techniques. Involving the science community right from the beginning in the definition of new missions and a peer-reviewed selection process ensures that a resulting mission is developed efficiently and provides the exact data required by the user.

This approach also gives Europe an excellent opportunity for international cooperation, both within the wide scientific domain and also in the technological development of new missions.

The family of Earth Explorer missions is a result of this strategy.

GOCE: ESA's gravity mission
Launched on 17 March 2009 and ended on 11 November 2013, the Gravity field and steady-state Ocean Circulation Explorer (GOCE) mission provided the data to accurately determine global and regional models of Earth's gravity and geoid. This is advancing research in areas of ocean circulation, physics of Earth's interior, geodesy and surveying, and sea-level change.

SMOS: ESA's water mission
Launched on 2 November 2009, the Soil Moisture and Ocean Salinity (SMOS) mission is making global observations of soil moisture and ocean salinity. By consistently mapping these two variables, SMOS is advancing our understanding of the exchange processes between Earth's surface and atmosphere and helping to improve weather and climate models.

CryoSat: ESA's ice mission
Launched on 8 April 2010, the CryoSat mission is monitoring centimetre-scale changes in the thickness of ice floating in the oceans and in the thickness of the vast ice sheets that blanket Greenland and Antarctica. Together with satellite information on ice extent, these measurements are showing how the volume of Earth's ice is changing and leading to a better understanding of the relationship between ice and climate.

Swarm: ESA's magnetic field mission
Launched on 22 November 2013, Swarm is a constellation of three satellites to measure precisely the magnetic signals that stem from the magnetosphere, ionosphere, Earth's core, mantle, crust and the oceans. This sampling, in both space and time, will lead to an improved understanding of the processes that drive Earth's 'dynamo', which appears to be weakening.

EarthCARE: ESA's cloud and aerosol mission
Due for launch in 2022, the Earth Clouds Aerosols and Radiation Explorer (EarthCARE) mission is a European-Japanese mission to improve the representation and understanding of Earth's radiative balance in climate and numerical weather forecast models.

Biomass: ESA's forest mission
This new mission will provide crucial information about the state of our forests and how they are changing. The data will be used to further our knowledge of the role forests play in the carbon cycle.

FLEX: ESA's plant health mission
The Fluorescence Explorer (FLEX) will map vegetation fluorescence to quantify photosynthetic activity. This information will improve our understanding of the way carbon moves between plants and the atmosphere and how photosynthesis affects the carbon and water cycles. It will also lead to better insight into plant health and stress.

FORUM
The Far-infrared Outgoing Radiation Understanding and Monitoring (FORUM) mission will provide new insight into the planet’s radiation budget and how it is controlled, and therefore improve climate models. More than half of Earth’s outgoing longwave energy is in the far-infrared part of the electromagnetic spectrum, which has not been measured. FORUM will fill this gap.

ESA is developing a suite of new mission families called Sentinels, which aim to serve both the observational needs of the European Copernicus initiative, as well as broader requirements for climate monitoring and prediction.

MetOp
Developed and procured by ESA, MetOp is a series of three satellites dedicated to operational meteorology until at least 2020. The programme, which forms the space segment of Eumetsat's Polar System (EPS), is Europe' contribution to a cooperative venture with the US, providing data to monitor climate and improve weather forecasting.

The first in the series, MetOp-A, was launched in 2006 and MetOp-B was launched on 17 September 2012 and MetOp-C on 7 November 2018. Preparations have also started for MetOp Second Generation or 'Post-EPS', the next step for the Eumetsat Polar System.