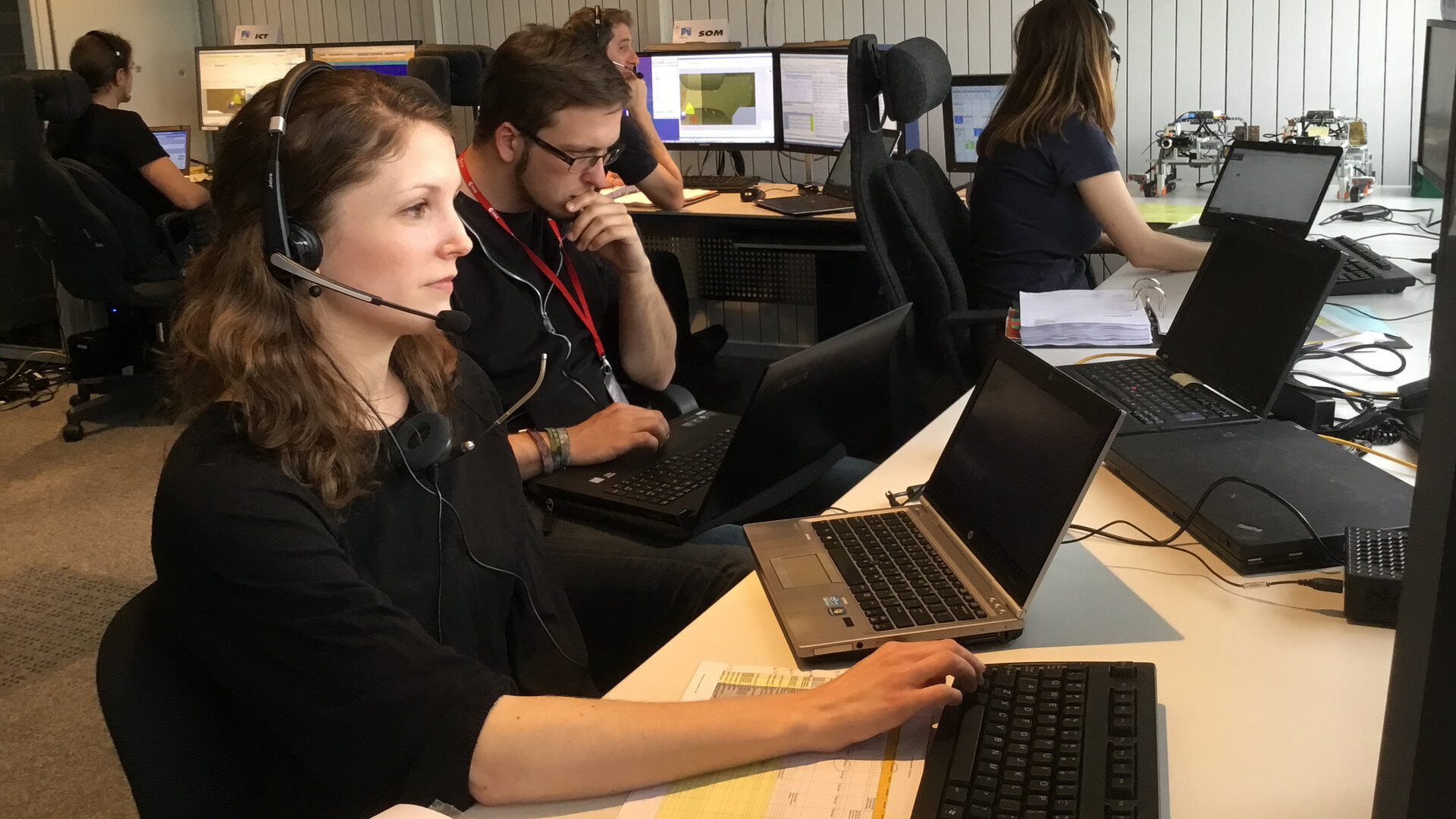 The future is just around the corner!

ESA's Advanced Mission Concepts team ensures that the Agency will be ready to operate future missions, ranging from small missions such as cubesats to human exploration missions to the Moon and Mars. The team provides operations-related systems engineering services to all types of missions. In addition, they conduct research into concepts and technologies that are not yet in use in the field of mission operations but that could make mission operations 'future ready' and cost-effective, thereby adding value and reducing risk.

New European space missions are regularly proposed; some are selected for implementation. During the feasibility and definition phases for such missions, it is important for success that the domain of mission operations is properly considered. The Advanced Mission Concepts team works as part of the mission teams in the early phases of all missions and coordinates the involvement of other specialists.

At the end of the day, mission operations is all about ensuring mission success. It is therefore easy to stick with the 'tried and tested' when planning future missions. However, this approach only works if the world around us is static.

The team works to evaluate and introduce new concepts and technologies that will ensure that European mission operations stay ahead of the curve. Areas of particular interest are telemetry data compression, data analysis, autonomy in operations, low-cost operations and combining human and robotic mission operations.

The ultimate way of validating new operations concepts and technologies is by demonstrating that they work in flight.

The AMC team make use of flying missions in so far as possible to achieve this. There are, however, situations where validation cannot be done using flying missions, for example, because the risk of interfering with the mission's objectives are too high.

Today, the AMC team has two platforms that allow for safe in-flight testing and validation: the OPS-SAT mission and the METERON project.

The space segment – the hardware and software that flies in space – consists of a relatively modest 30 x 10 x 10 cm nanosatellite, but to teams and systems on ground it precisely mimics a typical, much larger ESA satellite and is packed with powerful, reconfigurable electronics and software.

OPS-SAT will be controlled using some important new techniques, such as 'file-based operations' and 'mission operations services', and is designed so that numerous European companies or institutions can fly their own experiments in a realistic operational environment at a very low cost. The project completed the Critical Design Review phase in September 2016 and this will be followed by the first System Validation Test, in which the ground systems used to control the mission and the satellite itself will be connected for the first time. The satellite will be launched into a low-altitude, Sun-synchronous orbit in 2018.

The Multi-Purpose End-to-End Rover Operations Network (Meteron) is a technological framework that supports experiments primarily focusing on operations, communications and robotics, in the domain of human/robotic missions.

Several experiments directly associated with Meteron have been carried out as operations experiments: Opscom-1, Opscom-2 and Supvis-M, the latter conducted together with the UKSA and Airbus D&S. All these experiments were carried out using the ISS as part of the framework, with the crew providing operations support to the experiments. Other experiments are in preparation.

The services we offer include:

The AMC team have developed specialised facilities and infrastructure at ESA's ESOC Establishment in Darmstadt, Germany, that enable the testing, prototyping, experimentation and validation activities that are necessary for providing our operations systems engineering services.

The Special Mission Infrastructure Lab Environment (SMILE) is a facility that hosts several projects and missions, such as Meteron and OPS-SAT. It also hosts the ESRO-1 operations systems. The facility is used as laboratory for prototype testing and validation of operations concepts and technologies.

The SMILE Ground Terminal (SGT) is a ground station comprising two antennas – a 3.7 m-diameter commercial S-band up/down and X-band down, and a UHV/VHF antenna. Its primary use is to support communication experiments as well as the OPS-SAT mission. The UHF/VHF system is now in use, while the 3.7 m antenna will be operational within 2017.

The Concurrent Design Facility (CDF) at ESOC is a multi-purpose video-conferencing and meeting room designed to be used for concurrent design activities. Its primary function is to support feasibility study activities for future missions.

If you are interested in the work of the Advanced Mission Concepts team, if you have ideas to share, proposals or questions, or if your organisation is interested in our projects, please contact us.