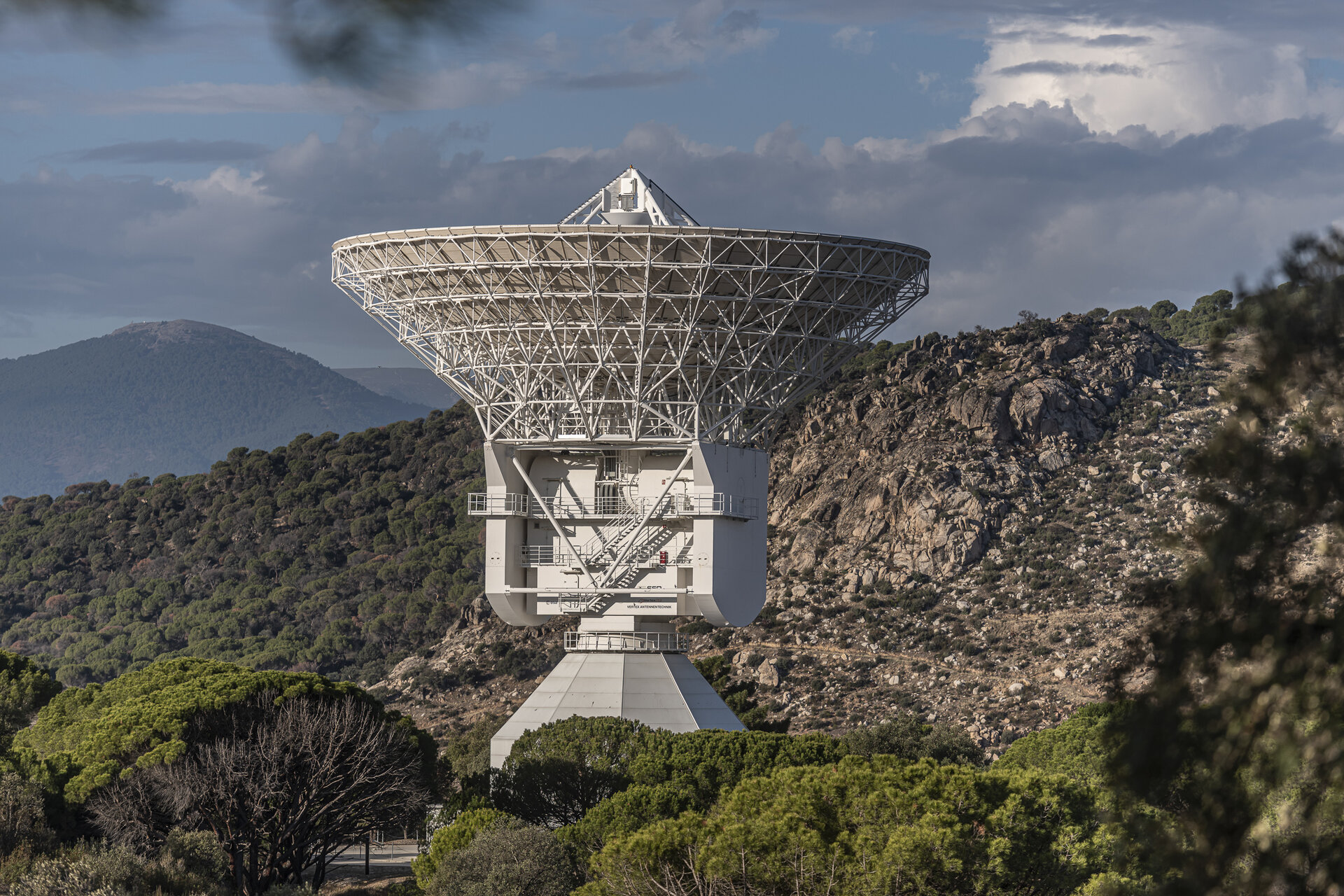 An upgrade to ESA’s three 35-metre deep-space antennas will boost science data return by 40% by cooling the ‘antenna feed’ to just 10 degrees above the lowest temperature possible in the Universe.

Why is this important?

ESA’s ground stations help us tackle some of the greatest scientific questions. They are used to send instructions to spacecraft across the Solar System and receive the data they collect via a ‘downlink’.

The demand on the stations' downlink capacity is higher than ever before. In the next few years, the Agency is preparing to launch new spacecraft deeper into our Solar System and support missions from an increasing number of partner space agencies.

What are the upgrades?

To increase downlink capacity, you must either build new antennas, or improve the performance of existing ones. ESA is doing both.

While a new and sorely needed deep space antenna is being built in Australia, it’s important − and economical − to squeeze as much performance out of pre-existing dishes as we can. A series of upgrades across ESA’s network of ground stations is doing just that:

“With these upgrades, ESA is pushing the limits of what’s technically possible and enabling scientists to explore new worlds and gather unprecedented amounts of data,” says Stéphane Halté, ESA ground station engineer in charge of the project together with Filippo Concaro.

“The upgrades have come at just the right time,” says Andrea Accomazzo, Head of Solar System and Exploration Missions at ESA’s space operations centre in Darmstadt. “They give us the performance we need to ease the high demand on our tracking network and continue to provide the highest standard of data return for an increasing number of scientists.”

Not quite so cool, but equally necessary, ESA’s smaller dishes in French Guiana and Sweden are getting various performance improving upgrades, readying the entire Estrack network for ESA’s future plans in space.

In Kiruna, Sweden, ESA’s two antennas will see an evolution in the fundamental ‘Monitoring & Control’ system as well as a new antenna feed and refurbishment for the 13-m ‘Kiruna 2’ dish and various enhancements to Kiruna-1.