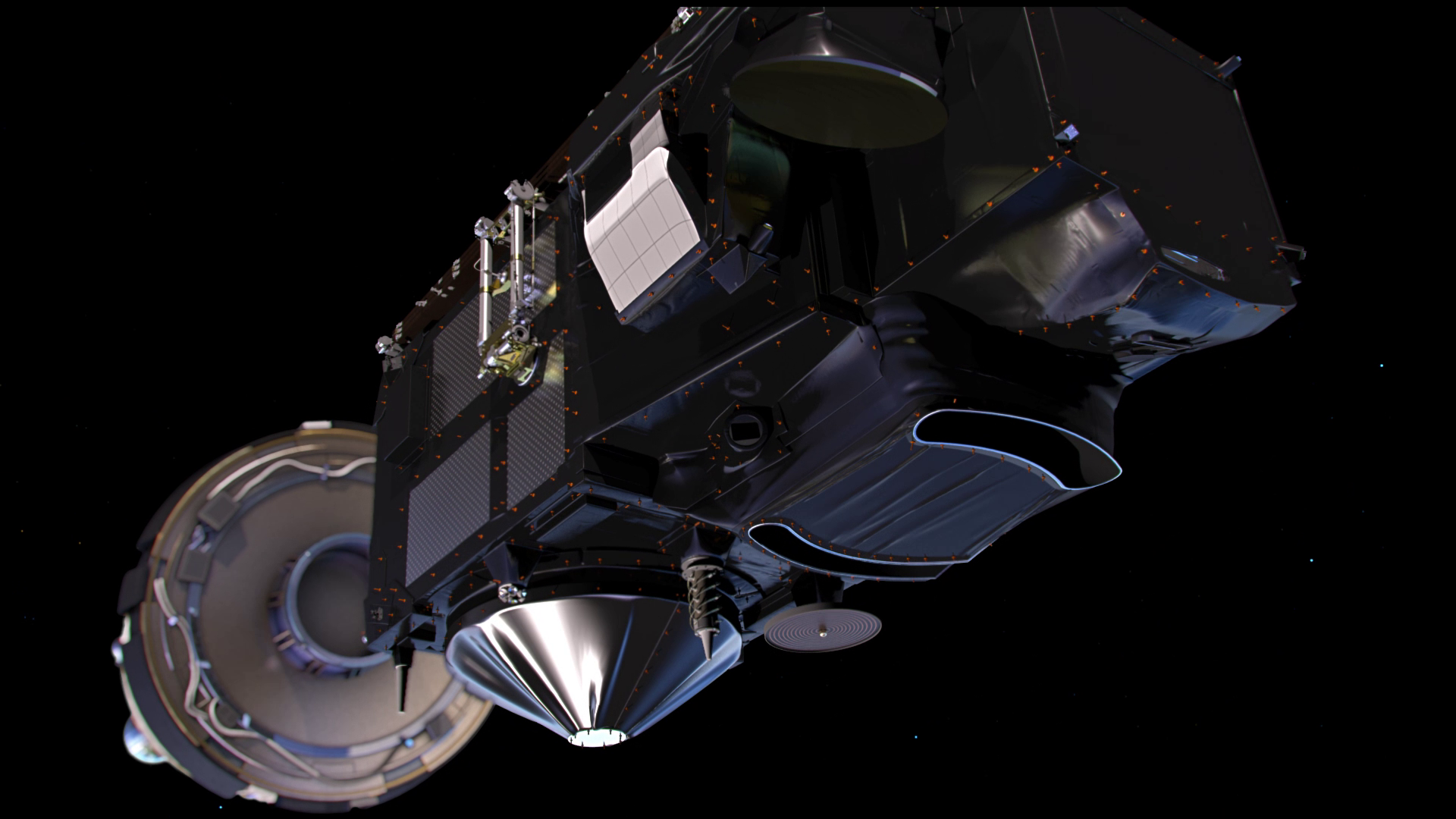 Tomorrow’s launch of Sentinel-3B will complete the Sentinel-3 constellation and represents the culmination of months of training to fly Europe’s latest Copernicus satellite.

The Sentinel-3B satellite has been at the Plesetsk cosmodrome in Russia since mid-March, being readied for its ride into space on 25 April at 17:57 GMT (19:57 CEST).

It will join its twin, Sentinel-3A, in orbit to systematically monitor Earth’s oceans, land, ice and atmosphere. The pairing of the two satellites optimises coverage and data delivery for Copernicus.

While ESA and European industry have been busy in Russia getting the satellite fit and ready for liftoff, tomorrow also marks the end of months of intense preparation for the mission control team at the agency’s ESOC control centre in Darmstadt, Germany.

Training to go to space

The team have conducted numerous simulation training sessions to prepare for the approximately three-day launch and early orbit phase and for the start of the commissioning phase, some of the most critical hours and weeks in orbit.

Training involved multiple teams of engineers and scientists at ESOC, including spacecraft engineers, specialists working on tracking stations and the sophisticated ‘ground segment’ – the hardware and software used to control the satellite and distribute its data – as well as experts working in flight dynamics, software and networks and simulation and training teams.

The simulation training campaign followed several months of intense preparation that began immediately after Sentinel-3B’s twin Sentinel-3A began its routine mission in 2016. Engineers were able to integrate lessons learnt from the first Sentinel-3 mission into their procedures and the ground systems.

The mission control teams are supported by experts from ESA’s Sentinels project and by expertise provided by European industry.

Following liftoff, the rocket will fly an approximately 80-minute mission marked by the separation of the first two stages and a boost phase conducted by the upper stage, leading to the separation of Sentinel-3B onto its free flight orbit at around 19:17 GMT (21:17 CEST).

“Following separation from the upper stage, we have to wait about 13 minutes until we receive the first signals from Sentinel-3B via our Kiruna ground station in Sweden, while the satellite uses its sensors and actuators to stabilise itself toward a Sun-pointing attitude,” says Flight Director Pier-Paolo Emanuelli.

Experience, expertise and extensive training will come to the forefront, combining to ensure the success of this crucial mission.

“Meanwhile, solar array deployment will be automatically triggered for completion within the first ground station contact periods, assuming all goes as planned.”

“Once we have established a full data link, we will work for the next three days around the clock, verifying its health and status and beginning the complex process of bringing it into a stable mode ready for inflight commissioning.”

Dressed up with somewhere to go

Teams in Darmstadt completed a full ‘dress rehearsal’ yesterday, repeating one final time the count-down and lift-off portion of the mission to ensure that everyone is confident in their abilities and knows what to do if any unexpected situation occurs.

“The satellite will be flown by ESA in a ‘tandem configuration’ together with its twin Sentinel-3A for about seven months, in order to cross-calibrate the instruments and the data processing between each,” explains ESA’s Jose Morales, Head of Copernicus Flight Operations.

Once the instruments and the calibration have been verified, the Sentinel-3B satellite will be placed in its final operational orbit and handed over to Eumetsat for operation together with 3A.

“Tomorrow, once we ‘catch’ the first signals from space, our teams will go to work. That’s when experience, expertise and extensive training will come to the forefront, combining to ensure the success of this crucial mission,” says Paolo Ferri, Head of Mission Operations at ESA.