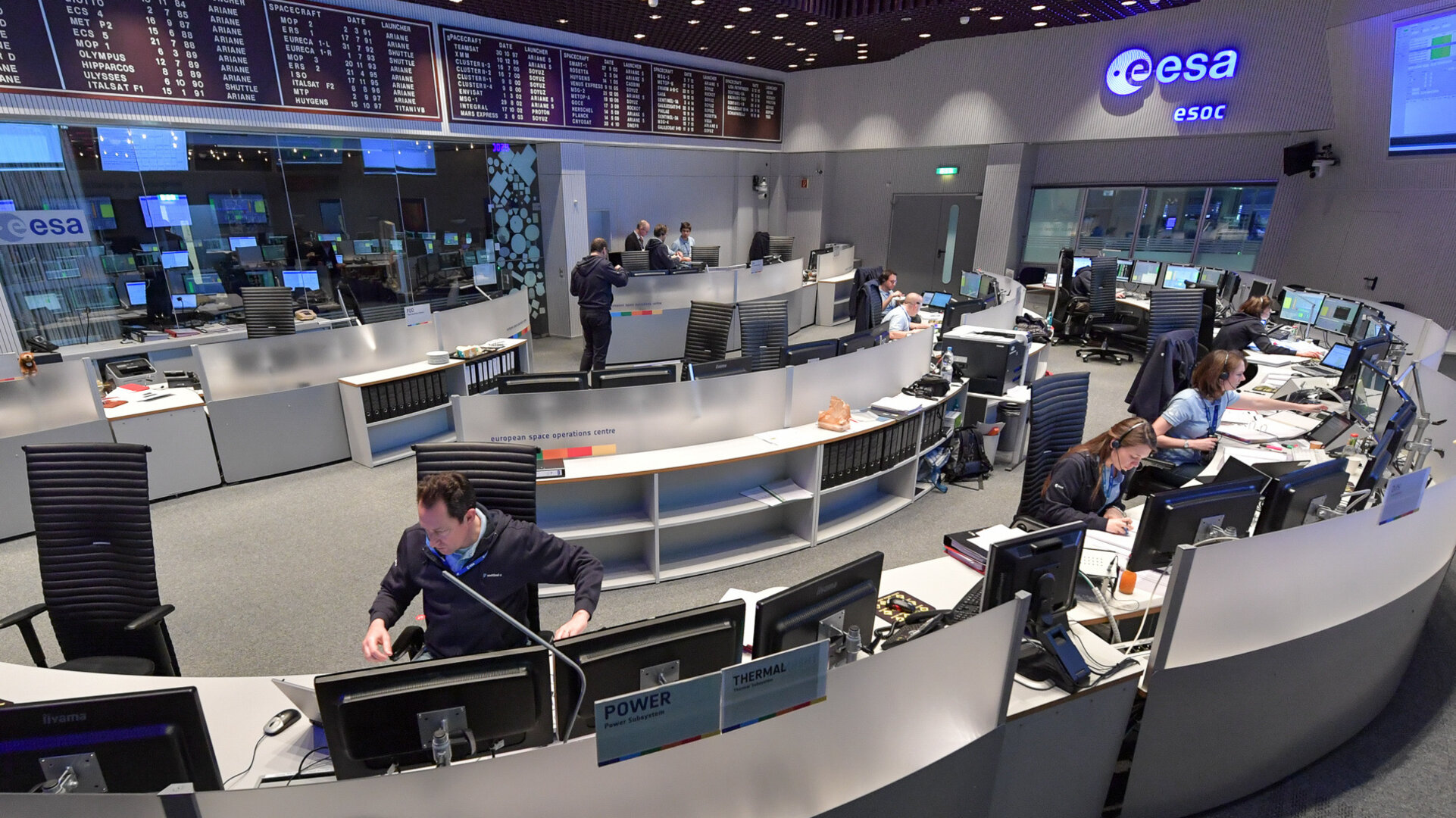 The 1100 kg Sentinel was launched on Tuesday atop a Vega rocket from Europe’s Spaceport in Kourou, French Guiana. Joining its orbiting twin, the new satellite will double the high-resolution coverage from the Sentinel-2 mission for the EU’s Copernicus environmental monitoring system.

Information from the mission is helping to improve agricultural practices, monitor the world’s forests, detect pollution in lakes and coastal waters, and contribute to timely disaster mapping.

The Vega upper stage delivered Sentinel-2B into the targeted orbit just under an hour after a flawless lift off and powered flight. 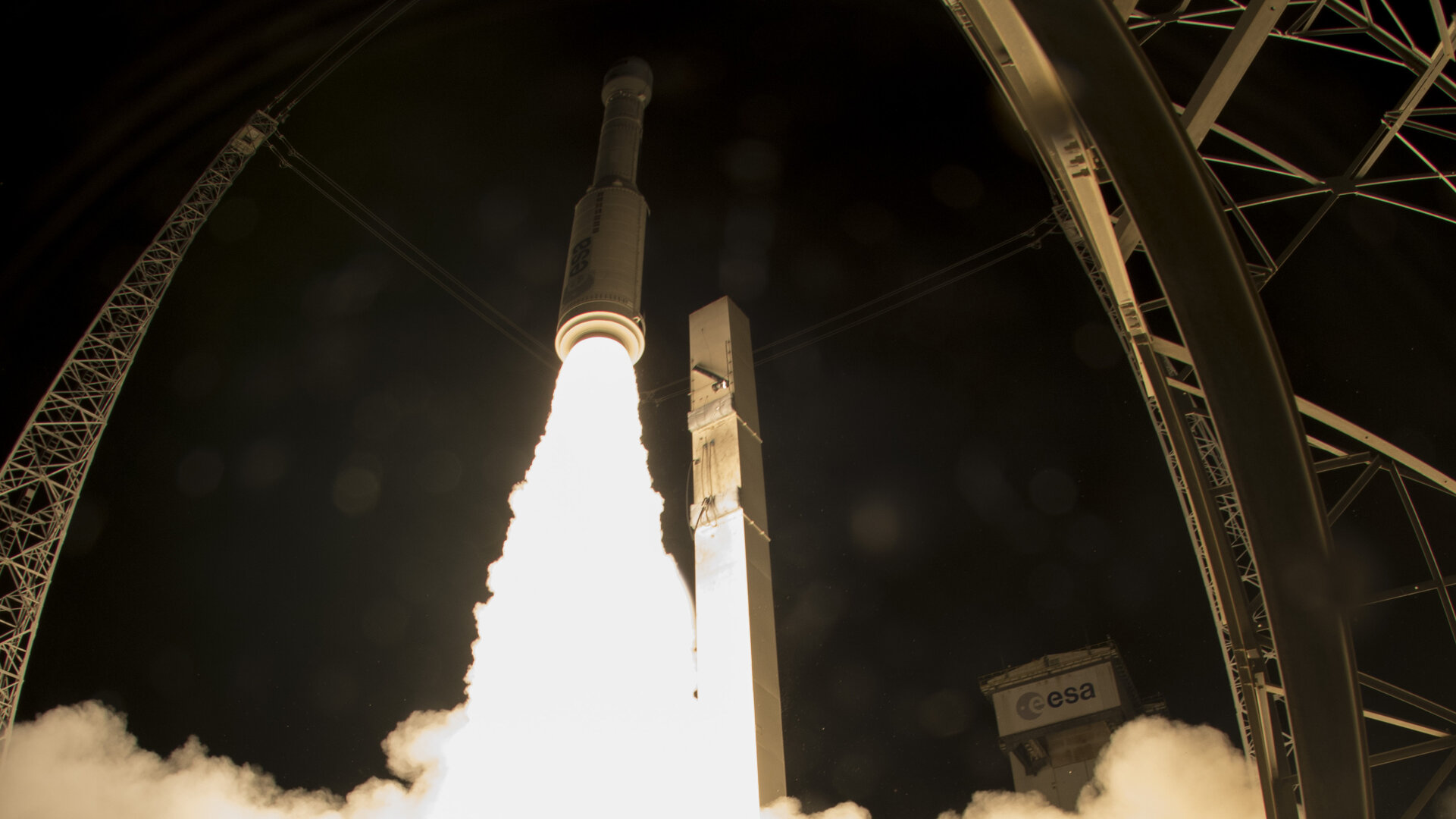 Shortly after it separated from Vega, the satellite sent its first radio signals via the ground station at Yattaragga, Australia, to ESA’s mission control in Darmstadt, Germany.

Engineers could establish full data and command links and then shift into the most complex part of the challenging ‘launch and early orbit ’ phase.

During these three days, the mission control team worked shifts 24 hours per day, overseeing a critical series of initial actions.

These brought the satellite into a stable operational mode, started moving it into its final orbit and checked out the health of its systems.

“Our satellite is healthy and the entire mission control team supported by industry and colleagues from the Sentinel project have worked extremely hard to get Sentinel-2B into its planned configuration for the start of the mission,” says flight director Pier Paolo Emanuelli.

“We can declare this phase complete and, as of 20:00 GMT today, revert to routine working hours for flight control starting tomorrow.”

Since the satellite’s arrival in orbit on Tuesday morning, the team has performed numerous tasks, including confirming the solar wing was fully deployed to generate power, verifying its star trackers and GPS receiver, releasing the protective cover of its multispectral camera and conducting a test manoeuvre by firing its thrusters for nine seconds.

This period for Sentinel-2B was all the more demanding because part of the team had also to maintain, in parallel, routine control of Sentinel-2A, which has been in orbit since June 2015.

“Everything’s functioning very well, and the team has completed all steps in the timeline as planned,” says Paolo Ferri, ESA’s head of mission operations.

“With support from specialists across our centre, the team worked together to fly not one but two satellites and I am proud of the contributions made by everyone.”

Now that the craft is stable and flying normally, teams will commission it over the next three months, starting with manoeuvres that will position it in the next few weeks in its final working orbit – the same as its twin Sentinel-2A but on the other side of Earth.

During commissioning, the two main objectives are to check the satellite’s performance and to calibrate and validate the camera.

In addition, the satellite’s ability to transmit its crucial images to the ground via its laser link will be tested and commissioned.