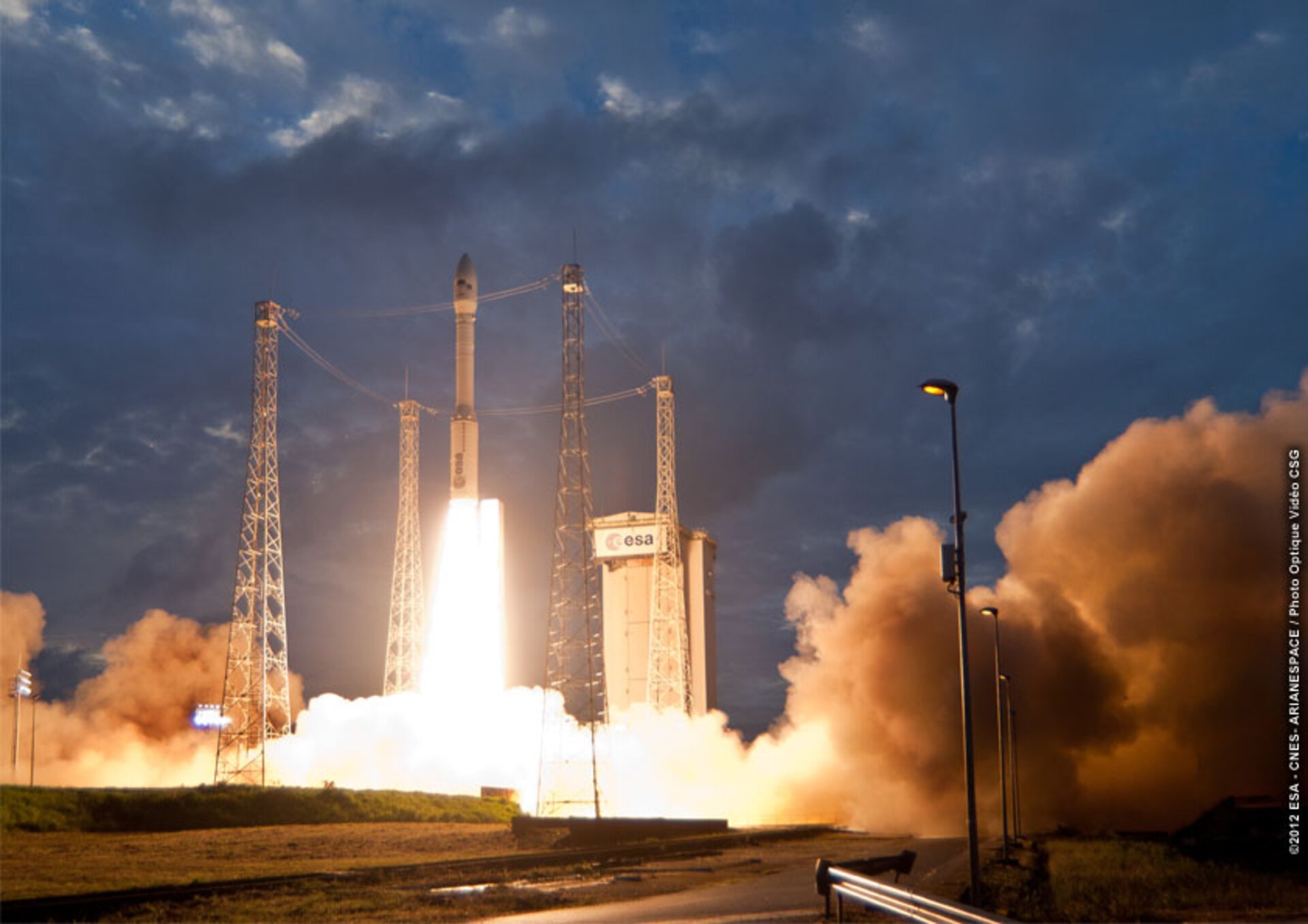 When the first of Europe’s Vega rockets thundered skywards on 13 February, it was a new design based on some novel materials. Such novelty called for rigorous technical risk management by ESA’s materials specialists.

Vega is aimed at carrying small and medium satellites, increasing the flexibility and competitiveness of Europe’s launcher family. It incorporates a wide range of new materials to keep its own mass low: the lighter Vega is, the more payload it can haul to orbit.

A reignitable liquid-propellant fourth stage completes delivery of Vega payloads into orbit as well as hosting the avionics and thrusters to oversee the entire stack’s roll control throughout its flight.

Like any other ESA project, the Vega team had at their service the specialist engineering teams and laboratories at ESA’s technical centre ESTEC in Noordwijk, the Netherlands.

Materials experts focused on choosing and qualifying materials for the demanding space environment and worked closely with the Vega project team as the launcher took shape.

“It has been out of the ordinary to work on a launcher,” says Tommaso Ghidini, Head of the Materials Technology Section at ESTEC.

“Instead of hardware that has to go on operating in space for years on end, Vega’s working lifetime lasts slightly more than an hour – but it still has to function without flaw throughout that time.

“Launcher materials really get stressed to their limits: extremely high temperatures combine with high pressures and additional stresses due to shock, vibration, aerodynamic and acoustic forces.

“So the principle is the same, and we assisted the project and the industry side when they ran into difficulties.

“We carried out testing on their behalf, investigated when particular materials didn’t perform as planned and advised on alternatives if necessary.”

Starting at the bottom

ESA’s materials specialists made contributions to various elements of Vega – starting at the very bottom.

The nozzles of the new rocket face some of the most demanding performance requirements of all. Vega’s Zefiro-23 second stage and Zefiro-9 third stage both have nozzles made from carbon phenolic composite material.

This composite has a tendency to ‘ablate’ – flake away – at very high temperatures, so much so that it is sometimes used as a heatshield for re-entering spacecraft: this flaking effect comes in handy as a way of dumping frictional heat.

“Carbon phenolic is a difficult material to test because it loses mass at high temperature – it starts getting thinner,” Tommaso recalls.

“The challenge was allowing for this in real-world testing while still gaining insight into its mechanical properties under stress.

“We use grips to introduce pull stress, but that would be no use if the material then thins out so much it tears once it is heated.

“So we had to design a more dynamic kind of test, with grip jigs kept cold and heating applied to those parts of the sample where we needed it. We applied the results to a new structural model of the motor for further diagnosis.”

The model supported the structural design of the nozzle which then passed a full-scale static firing test at Italy’s Salto di Quirra test range in Sardinia, enduring the equivalent of nearly 120 tonnes of force and flame temperatures of up to 3000 K.

“This was the first time that carbon phenolic underwent such detailed testing in Europe,” adds Tommaso.

“We appreciate very much our cooperation with ESA,” agrees Francesco Betti of Avio, prime contractor for the first three Vega stages. “Their technical expertise and the fact that we could use the ESA labs have helped us significantly.”