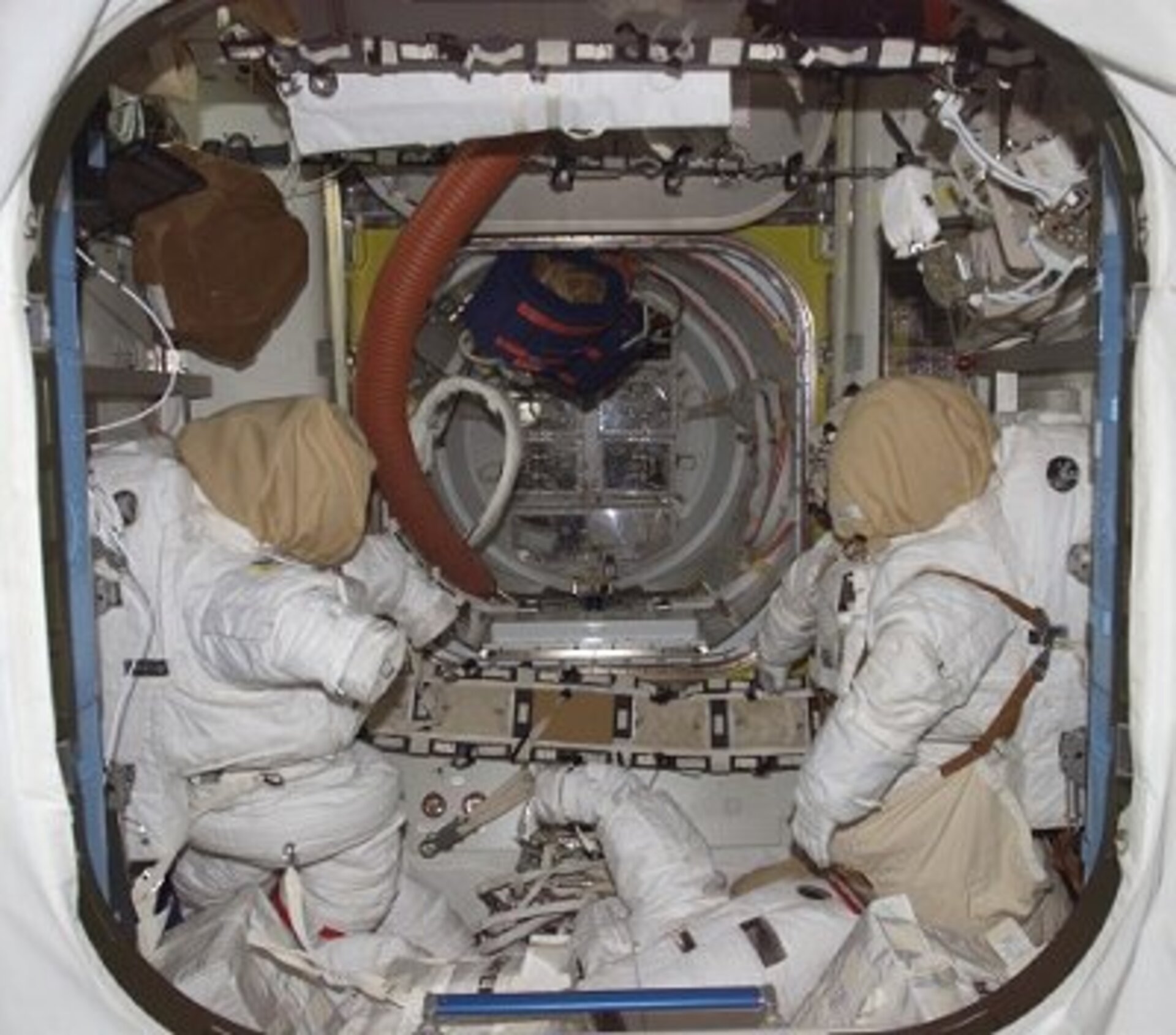 The Expedition 13 crew are today in the Quest Airlock performing a dry-run of next week's spacewalk. ISS Commander Pavel Vinogradov is assisting the spacewalkers Thomas Reiter and Jeff Williams in their operations.

Preparations for the spacewalk, or Extra-Vehicular Activity (EVA), have kept the crew busy for most of the week and will continue next week right through to Thursday.

Once the depressurisation procedure is completed, they will skip ahead in the EVA-timeline and run-through the procedure for re-entering the Airlock when the EVA suits and crewlock are re-pressurised.

Thomas Reiter spent time earlier today performing a pre-breath protocol. During this protocol he exercised on a stationary bicycle in the Destiny laboratory whilst breathing pure oxygen. The effect of the pre-breathe protocol is to reduce the amount of nitrogen in the bloodstream – this helps to minimise the chance that an astronaut suffers decompression sickness inside the reduced pressure environment of the spacesuit.

On the day of the spacewalk, Pavel Vingoradov will also assist Reiter and Williams with the pre-breath protocol and will help them to get into their EVA suits. During the spacewalk Vinogradov remains inside the Station – a first for an Expedition crew since April 2003 during an EVA performed by Expedition 6 - the last three-member expedition crew.

Throughout the spacewalk Vinogradov will monitor systems on board the Station. Intra-vehicular crewmember, Stephen Bowen, based at NASA's Mission Control in Houston, will help the spacewalkers through their procedures.