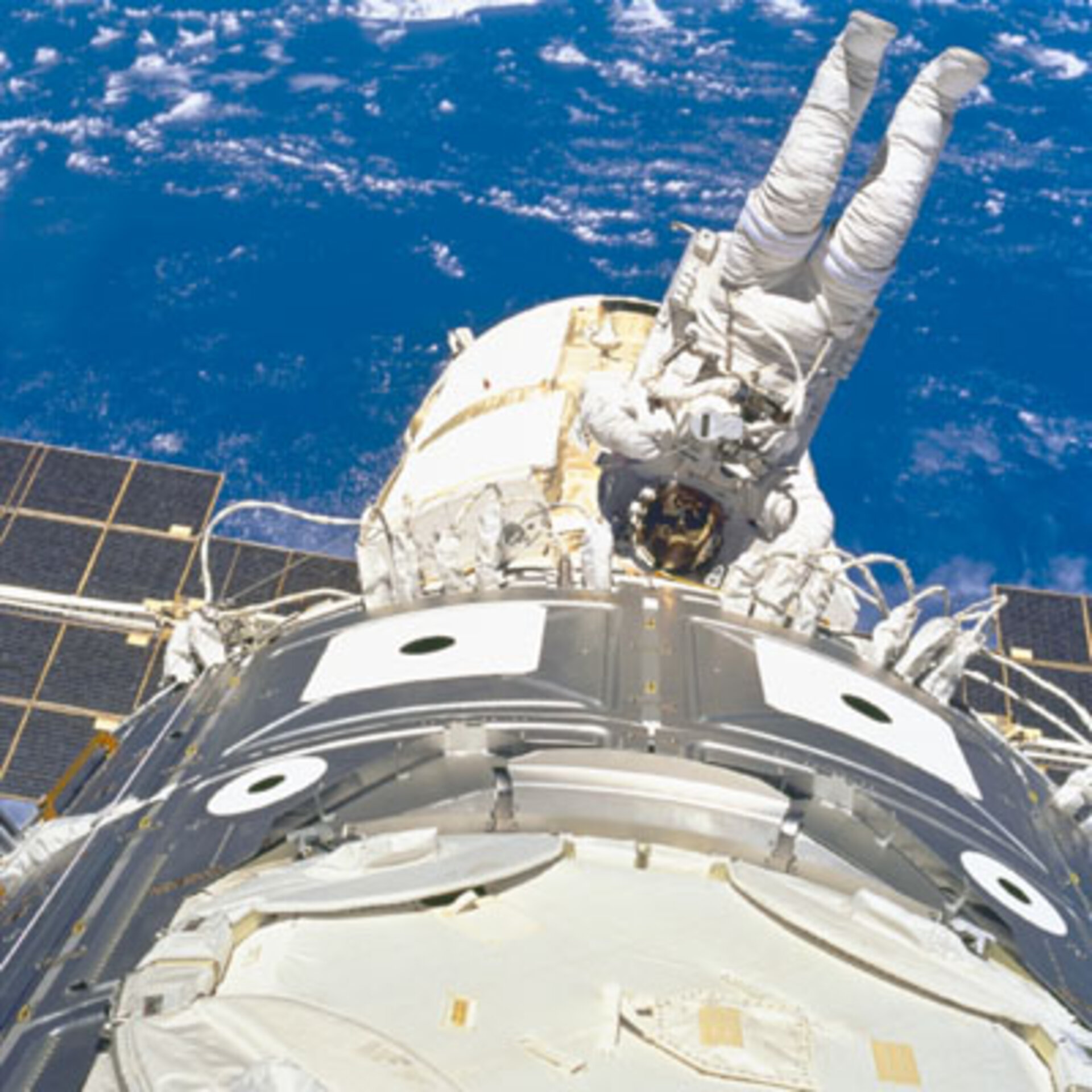 Although working in space is still not routine, it is far more frequent than it once was. One reason being the construction of the International Space Station by the United States, Russia, Canada, Japan and 10 ESA Member States.

A total of 168 spacewalks will be needed in the next five years to complete the assembly of the space station; more than seven times the number undertaken in the past 10 years.

The first spacewalk to assemble the ISS took place on 7 December 1998, when two astronauts spent more than seven hours outside their spacecraft, connecting the Zarya control module to the Unity connecting module. They also fitted handrails to the outside of the Unity to facilitate the work of future astronauts. The last spacewalk to assemble the ISS is scheduled for April 2006. Then, once the Centrifuge Accommodation Module is put into place, the ISS will be complete.

According to astronauts who have visited the ISS, working around the space station imposes new demands. The main reason is its size - 100 metres long by 73 metres wide. Whereas smaller spacecraft can be positioned to make the most of the available light from the Sun and the Earth, the ISS is more difficult to manoeuvre, resulting in working conditions outside the ISS being colder and darker.

Its size has also led to changes in the stringent safety rules laid down for working outside spacecraft. Previous regulations specified that there should be at least two astronauts outside a spacecraft at the same time, each attached to the spacecraft by two lifelines and in constant visual contact with companions on board the craft.

New regulations specify that it is sufficient for astronauts to be either in radio contact with the spacecraft or visible through one of the telecameras attached to the external structure, and now only one safety line is used to connect astronauts to the ISS. In the unlikely event of this breaking, a Safer instrument attached to their backpacks enables them to use a joystick to stop rotating and move in any direction at a speed of 3 kilometres per hour.

Other changes are the result of the vast variety and number of tasks needed to assemble the ISS. Instead of training to become specialists in a small number of highly skilled jobs, today’s astronauts have to be good all-round mechanics, prepared to face any eventuality. Training is given in a greater number of generic tasks, such as how to move around the ISS, how to handle and use various tools and, of course, what to do in an emergency.

One of the more revealing changes is that spacesuits are no longer made to measure. This vital and highly technical piece of equipment now comes in standard sizes with sleeves and trousers that can be lengthened or shortened to meet individual requirements - a sure sign that the ISS has led to an increase in the number of astronauts.

The first European to visit the ISS will be ESA astronaut Umberto Guidoni who is due to take part in an 11-day Shuttle mission, tentatively scheduled for 19 April 2001. ESA astronaut Claudie Andre-Deshays will follow him in October, 2001. Claudie has already commenced training at Star City, near Moscow, for her voyage aboard a Soyuz spacecraft from the Baikonur Cosmodrome in Kazakhstan.