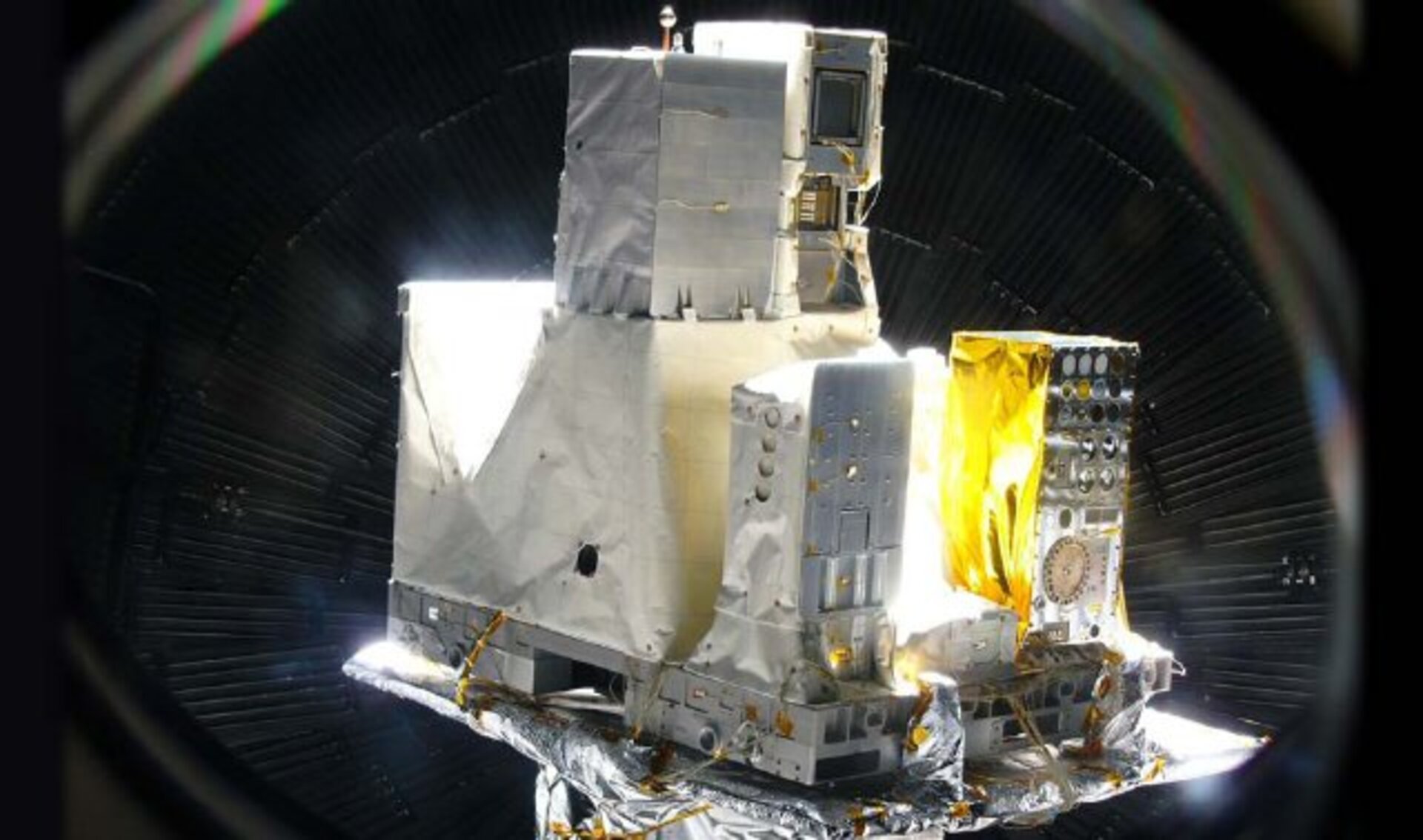 Launched together with Europe’s Columbus laboratory in February 2008, the European Technology Exposure Facility (EuTEF) – a suit of nine scientific experiments exposed to the harsh environment of space outside the International Space Station – has completed its 18-month mission after returning to Earth with Space Shuttle Discovery.

EuTEF was built to expose samples of all kinds to the space environment in order to study the long-term effects of radiation, debris, micrometeoroids and ionised gas on materials and living organisms. EuTEF was installed on the Columbus External Payload Facility outside the International Space Station (ISS) during a spacewalk on 15 February 2008.

To complete these studies, EuTEF’s samples and experiments were retrieved from outside the ISS during Discovery's STS-128 mission. Having returned to Earth aboard Discovery early on Saturday, they will now be analysed by science teams from all over Europe.

“The ISS is the only place where experiments that need long-term exposure to space can be conducted and that we can bring the samples back to Earth,” said Martin Zell, ESA’s ISS Utilisation Manager. “I am very proud that EuTEF has worked so well over the last one and a half years. I am looking forward to the scientific results after detailed telemetry data and laboratory evaluation.”

In the Shuttle’s cargo bay, like on the Columbus external platform, EuTEF was connected to electrical power, for a safe return of the samples and instruments to Earth. The facility was also under temperature control for the journey.

At the EuTEF Erasmus Command and Control Centre, at ESA’s ESTEC research and technology centre in the Netherlands, operators prepared it remotely for removal following Discovery's STS-128 launch on 29 August. All experiments were put in a safe configuration, protective lids and valves closed, and sensitive sensors switched off. The operators verified the correct configuration of EuTEF one last time before it is was switched off and transferred to Discovery's cargo bay during the first STS-128 spacewalk on 2 September.

Despite the large amount of data collected during the 18 months in orbit, scientists, engineers and the manufacturers of EuTEF’s instruments are now excited to see their equipment back. For them, it marks the start of detailed analyses of what almost 9000 orbits 350 km above our planet in open space does to terrestrial species and materials.