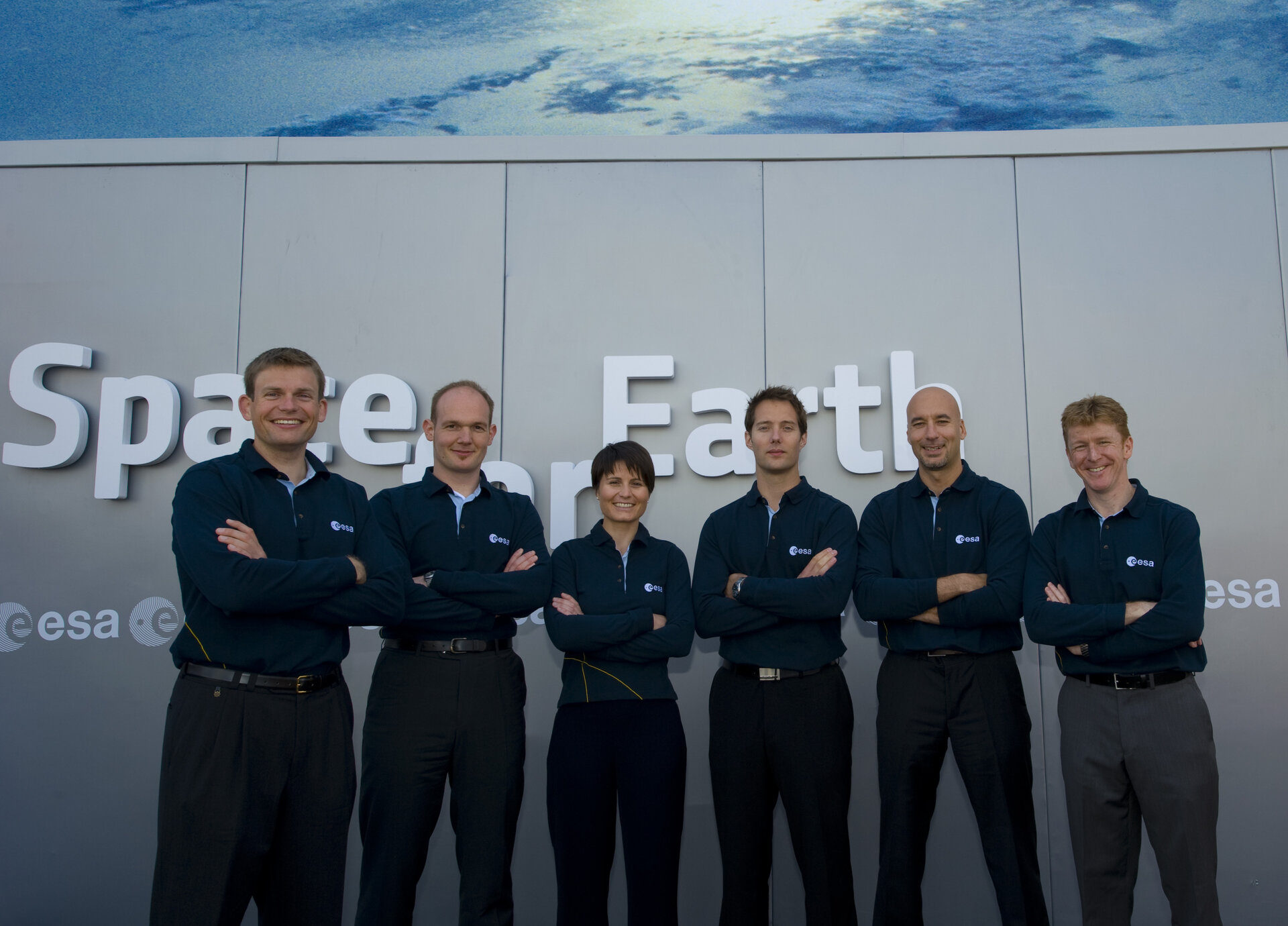 ESA’s new astronaut recruits reported this week to the European Astronaut Centre in Cologne, Germany. The six have started the first days of their 18-month basic training in preparation for future missions to the International Space Station and beyond.

“I am very happy that our new colleagues reported to EAC in Cologne to start their training. The taking-up duty of the new class of ESA astronaut marks our commitment to a future important role for Europe in human spaceflight,” said Simonetta Di Pippo, ESA’s Director of Human Spaceflight. “We are already flying an average of two ESA astronauts every year to the ISS. In 2010, ESA astronaut Roberto Vittori will fly to the ISS in July to deliver the Alpha Magnetic Spectrometer and ESA astronaut Paolo Nespoli will fly in November to work on the ISS for six months.

“In 2011, ESA astronaut André Kuipers will spend six months on the ISS as well. The new European astronauts, who will be ready to be assigned around 2013, will allow us to secure this continuity. As we are discussing the extension of the ISS beyond 2016, they will surely get the chance to fly to the ISS and beyond quite soon.”

Basic training for the European astronauts will take place mostly at the European Astronaut Centre (EAC), where they will follow a training programme developed by EAC according to international specifications agreed between the International Space Station (ISS) partners.

Classroom lessons will introduce them to ESA and the industrial partners, followed by fundamentals such as electrical engineering, before entering in more detail into space systems and operations and subjects such as Europe’s participation in ISS (Columbus, Automated Transfer Vehicle) and Soyuz. Other lessons will provide grounding for special skills necessary for their future, such as learning Russian, SCUBA diving for spacewalk familiarisation and survival training.

After completion of basic training, the astronauts are ready to enter the next ISS training phase and, once assigned to a mission, their training will be tailored to their specific tasks.

“It is not enough to be a good scientist or an excellent engineer to become an astronaut; the 18-month basic training at EAC will bring the new astronauts to a professional level in various fields, including Russian, fundamentals of several scientific disciplines, history of spaceflight, space engineering, human behaviour, flight training and other essential parts of the astronaut job. This will enable them to be trained to carry out complex tasks during space missions,” said Michel Tognini, Head of EAC.