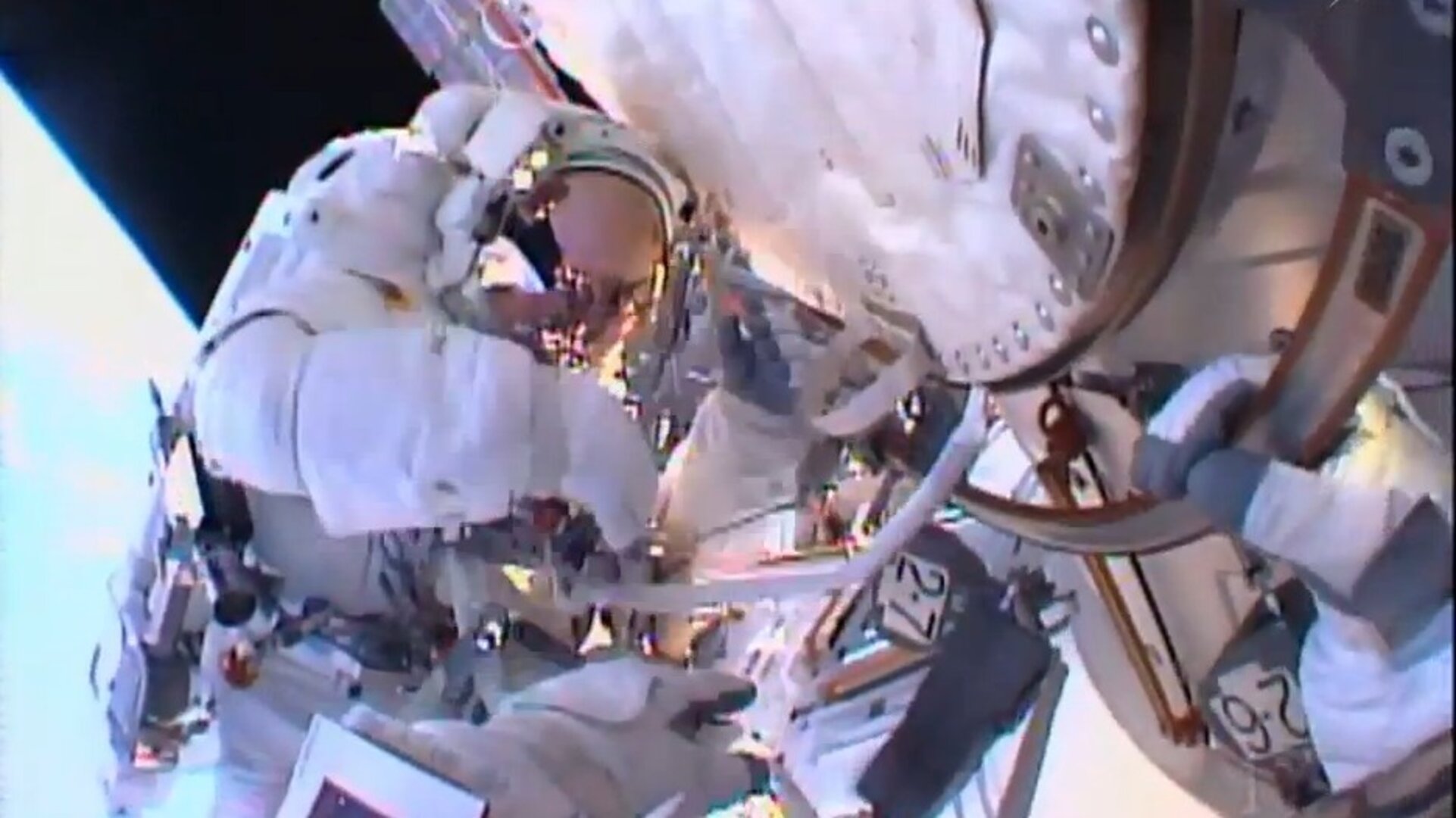 After a 4 hour 43 minute spacewalk to replace a failed power regulator and install cabling, ESA astronaut Tim Peake and NASA astronaut Tim Kopra are back inside the International Space Station.

The meticulously planned and executed sortie was stopped early after Tim Kopra reported a small amount of water building up in his helmet. The two Tims worked in close cooperation with each other to return to the Space Station, with NASA commander Scott Kelly and cosmonaut Sergei Volkov waiting inside to help them out of their suits.

They left the confines of the weightless research laboratory at 12:48 GMT after their five-hour preparations to don their spacesuits and purge their bodies of nitrogen to avoid decompression sickness.

This was the first spacewalk for a British astronaut, but also the first sortie for the suit used by Tim Peake, which arrived on the Station in December.

Tim Kopra went first to the far end of the Station’s starboard truss, with Tim Peake following with the replacement Sequential Shunt Unit. Swapping the suitcase-sized box was a relatively simple task but one that needed to be done safely while the clock was ticking.

To avoid high-voltage sparks, the unit could only be replaced as the Station flew in Earth’s shadow, giving spacewalkers half an hour to unbolt the failed power regulator and insert and bolt down its replacement.

With their main task complete, the Tims separated for individual jobs for the remainder of their time outside. Tim Kopra reinstalled a valve that was removed as part of the relocation of the Leonardo module last year but was told by Mission Control to return to the airlock before he could start his next task, after he had reported the water in his helmet.

Tim Peake was installing new cables for a new docking system when Mission Control decided to end the spacewalk early, asking the duo to clean up their work and move back to the airlock two hours ahead of schedule.

The spacewalk officially ended at 17:31 GMT when the Tims began the repressurisation of the Quest airlock.

It has been a busy time for the pair. Since their 15 December arrival they have taken part in two spacewalks – probably one of the most intensive but exhilarating part of an astronaut’s job description.

The Station is now operating again at full power capacity, after it had dropped by an eighth when the regulator failed in November. That unit will be returned to Earth for inspection and possible refurbishment.

With the spacewalk completed, Tim has a few days of rest before continuing work on the extensive scientific programme that is part of his six-month Principia mission.