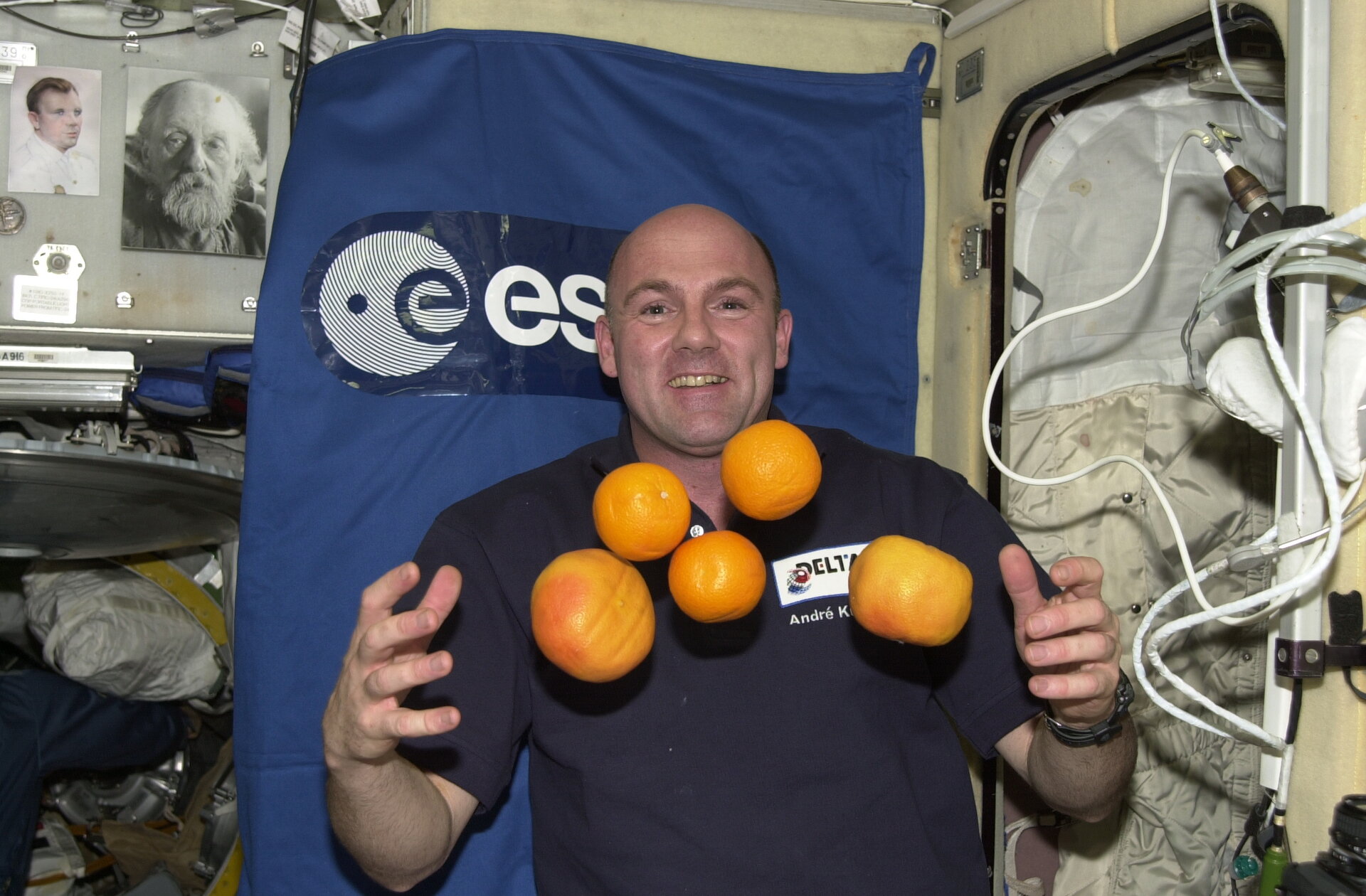 Russian spacecraft, experiencing weightlessness and living in the core modules of the International Space Station were nothing new to André. PromISSe was his second opportunity to work in orbit, this time on a much longer mission.

André performed the 11-day Delta mission in April 2004. He was assigned then as flight engineer for a Soyuz flight sponsored by the Dutch government. The mission was important from logistics aspect: it made possible the rotation of ISS crew and Soyuz capsules, which serve as the Station’s crew lifeboats.

André also served as backup to ESA astronauts Pedro Duque for the Cervantes mission in 2003 and Frank De Winne for the OasISS long-duration mission in 2009. He is familiar with microgravity conditions thanks also to his participation in several parabolic flight campaigns, where he was active in testing instruments for human physiology research.