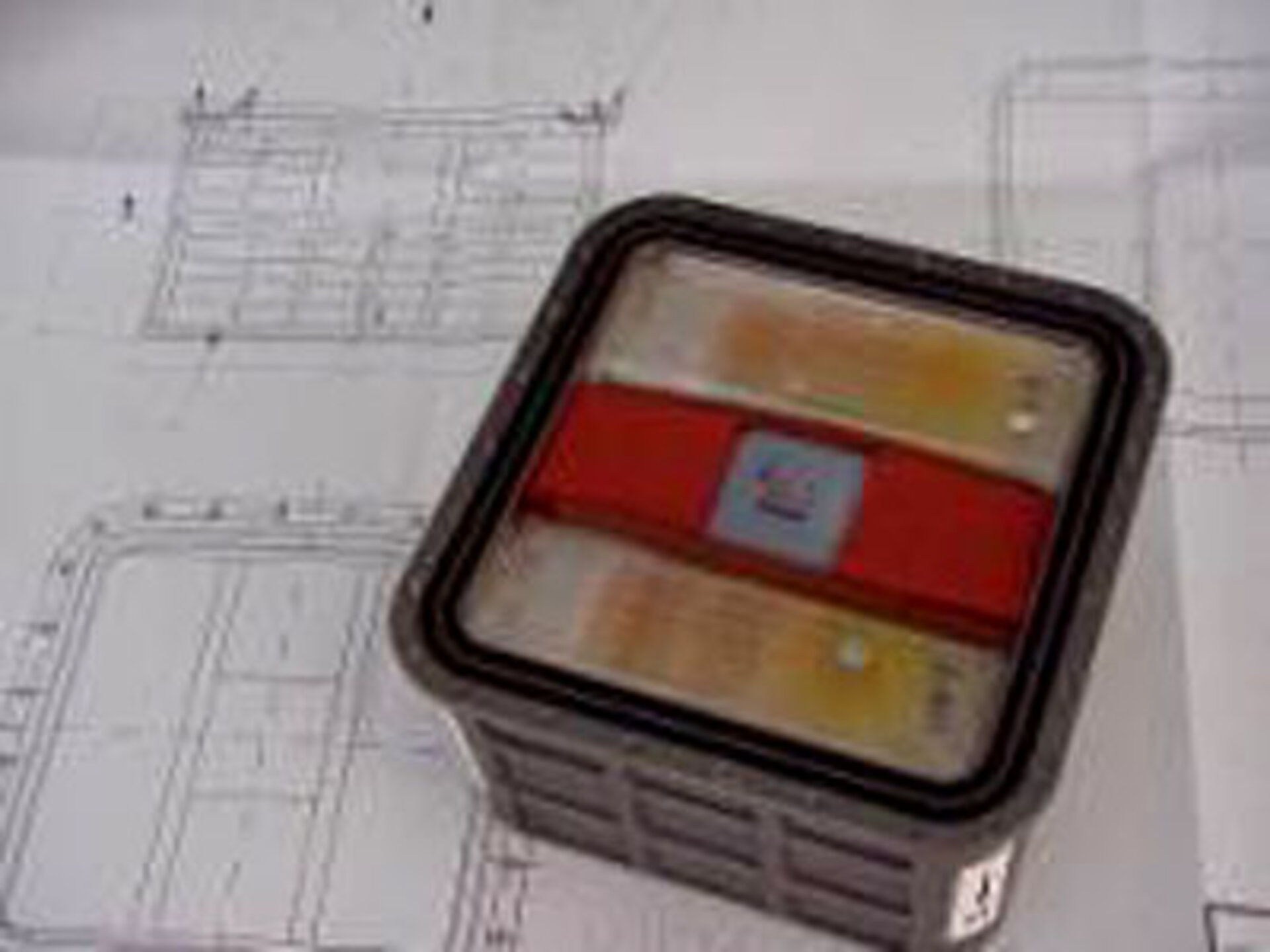 When a Russian Progress craft docked with the ISS on 23 August, it brought Europe's second scientific experiment to the space station. The Granada Crystal Box Experiment does not look very impressive from the outside: as its name suggests, it is a box, and quite a small one - just 13 cm by 13 by 8. On Earth, it weighs about a kilogramme.

On the ISS, of course, it weighs nothing: which is precisely why it is there, and why it may help European scientists to make a few strides forward in molecular biology and drug design.

Financed by ESA, the Crystallisation Box Experiment was designed and built by scientists at the Laboratorio de Estudios Cristalográficos of the University of Granada in Spain, and like the Advanced Protein Crystallisation Facility - brought to the station by shuttle mission STS-105 on 10 August - the equipment is designed to help unravel the structure of protein molecules.

These complex chemicals are the building blocks of life. Essentially, proteins are long chains and coils of amino acids, themselves relatively simple substances. Scientists can fairly easily establish a protein's chemical make-up. But proteins owe their extraordinary biological abilities less to their content than to their shape. Their folds and convolutions provide receptor areas in the molecule that allow them to mediate with enormous precision in the billions of chemical reactions that keep living things alive.

To discover a protein's structure - which could be the key to new drug treatments - scientists use a technique called X-ray crystallography. And for that, they need protein crystals – the bigger and more perfect the better. That's where the ISS comes in. The weightless environment allows crystals to form without any interference from gravity-induced convection currents.

Protein crystallisation experiments have been performed in space for many years, with varying degrees of success: even in microgravity, the huge molecules are reluctant to grow crystals large enough for X-ray work back on Earth. But the scientific team in Granada are hopeful that their device will succeed where others have failed: the CBE uses a different crystallisation technique. The saturated solutions of salts and the protein macromolecules are contained in capillary tubes - a method impossible on Earth where convection currents prevent crystals growing big enough for good X-ray results. In space, though, things should be different.

The CBE team will not have too long to wait for their first results. Right now, their experiment is nestling in a quiet corner of the ISS: it needs neither power nor attention from the crew. All being well, it will be returned to Earth on 31 October. And its capillary tubes - which can be directly X-rayed, without removing their fragile contents - may have some secrets to reveal.