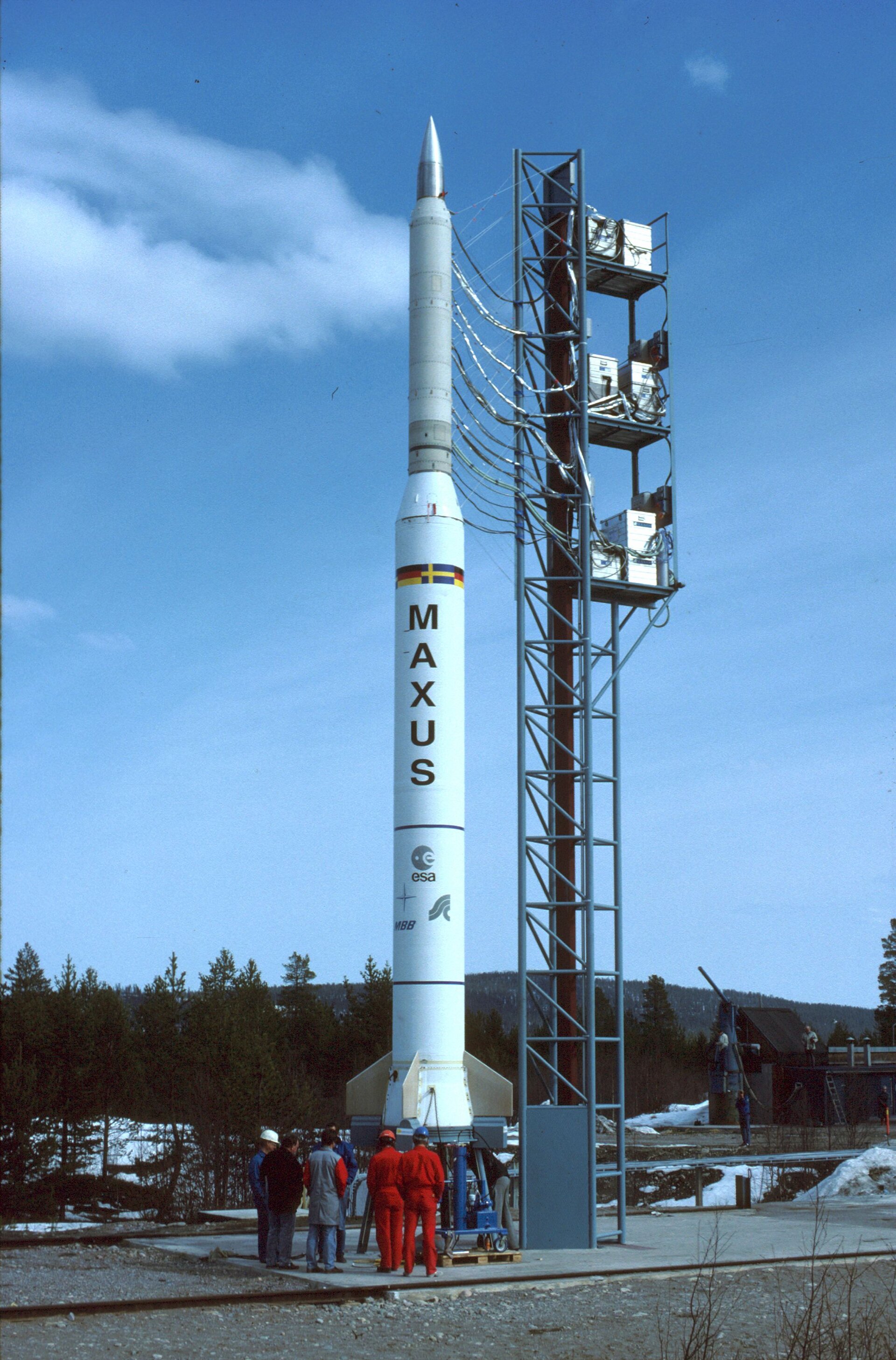 The European Space Agency's Maxus-4 microgravity mission was successfully launched on 29 April at 13.28 CET from Esrange, just north of the Arctic Circle near Kiruna in northern Sweden.

The rocket, an 11.5-tonne solid-fuelled Castor 4B, carried a 489-Kg payload of seven scientific experiments with their associated telemetry and video links. These were arranged in five independent modules and the whole package included 14 video cameras and one infra-red camera.

Countdown and launch took place in near-perfect conditions. In brilliant sunshine, Maxus hurtled upwards through the clear blue Arctic sky to reach a maximum speed of about 3,600 metres per second and a maximum height of 704 km. From booster burn-out 70 km up until atmospheric re-entry 740 seconds later, the payload was in excellent microgravity conditions. All seven science packages, housed in five independent modules, functioned perfectly, as did the mission telemetry. Scientists were able to operate their experiments interactively - in one case from as far away as Naples.

But the flawless performance ended during the final stages of the descent. The parachute recovery system, activated 6 km above the ground about 80 km downrange from launch, did not deploy properly. The payload package was badly damaged on impact with the ground. An Esrange helicopter crew found the wreckage at about 15.00 and mission personnel were soon searching it for recoverable material.

When the helicopter returned with its load to ESRANGE at around 18:30, anxious scientists were relieved to find that much of their experimental work was salvageable. The science modules are robust, designed to survive an abrupt deceleration of up to 90g. The Maxus crash-landing exceeded that limit, but although most of the equipment was too damaged for re-use, much data stored on board was recoverable. And many of the valuable samples produced in microgravity - silicon and zeolite crystals, for example - had survived the crash unscathed.

Good telemetry and video links during the flight also helped. Despite the hard landing, at least four of the seven experiments were completely successful. Scientists are still working on data recovery on the other three, with a good chance of at least partial success.