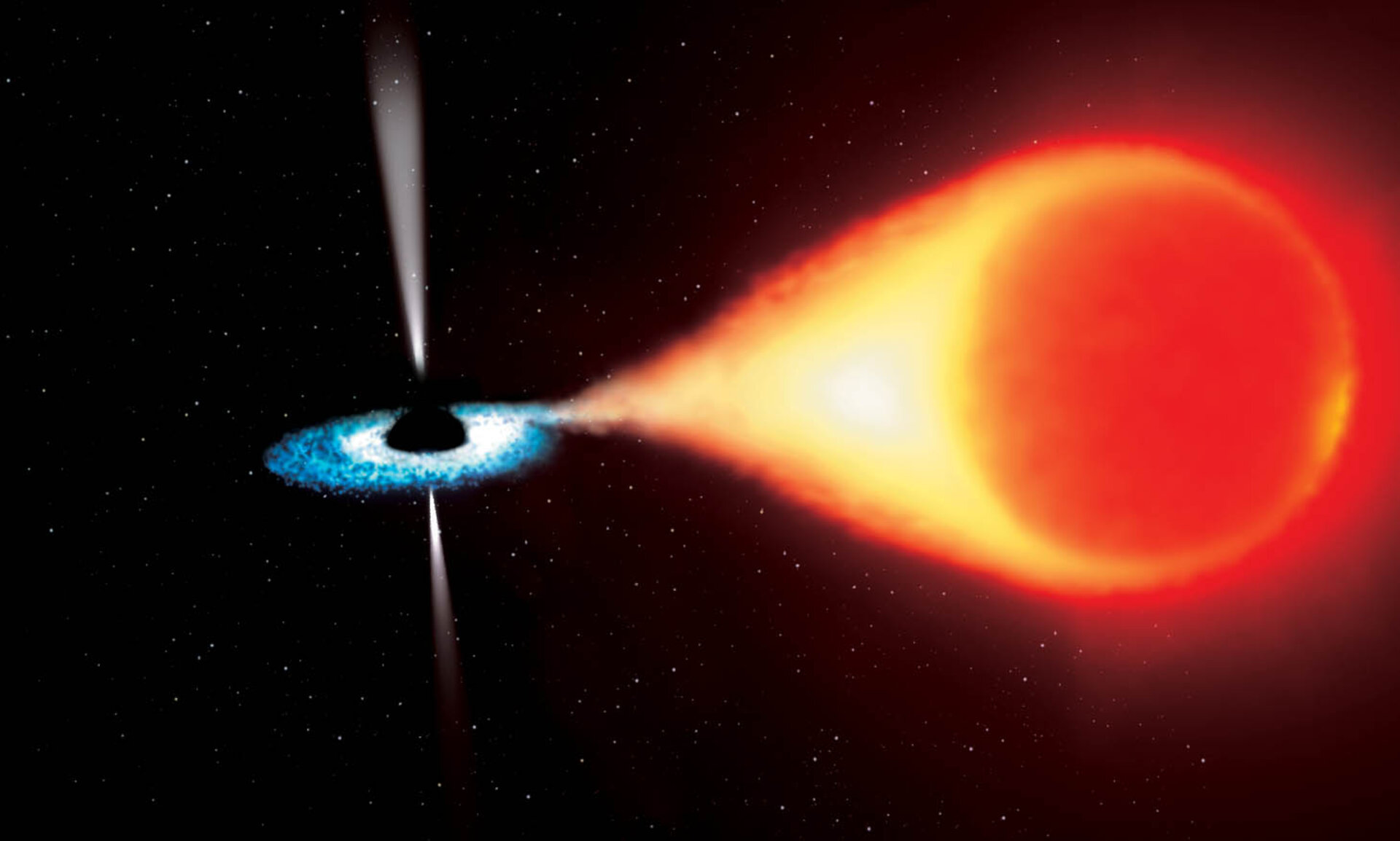 When a massive star explodes, not all the material is ejected into space. Some of it collapses into an extremely compact object known as a neutron star, inside which gravitational forces crush protons and electrons together, turning them into particles known as neutrons.

A neutron star contains a few solar masses of material squeezed into a radius of only 20 km. This means the matter is so compressed that a thimble full of it would weigh millions of tonnes on Earth. Fast-spinning neutron stars, whose radio emissions seem to pulse on and off, are called pulsars.

Beyond the mass limit of a neutron star - about three solar masses - gravity becomes overwhelming and collapses the star even further, creating a black hole. These are perhaps the strangest objects in the Universe because nothing, not even light, can escape from inside a black hole. So, the presence of a black hole can only be inferred by its effect on surrounding celestial objects and other interstellar material.

Virtually all types of compact objects are significant sources of high-energy emission because of the enormous gravitational fields they tend to generate. Gravitational fields can accelerate particles in the vicinity to extreme velocities, which then emit gamma rays and X-rays.

Integral will capture images of the high-energy emission from such compact objects with unprecedented detail, allowing astronomers a clearer look than ever before at these enigmatic objects.