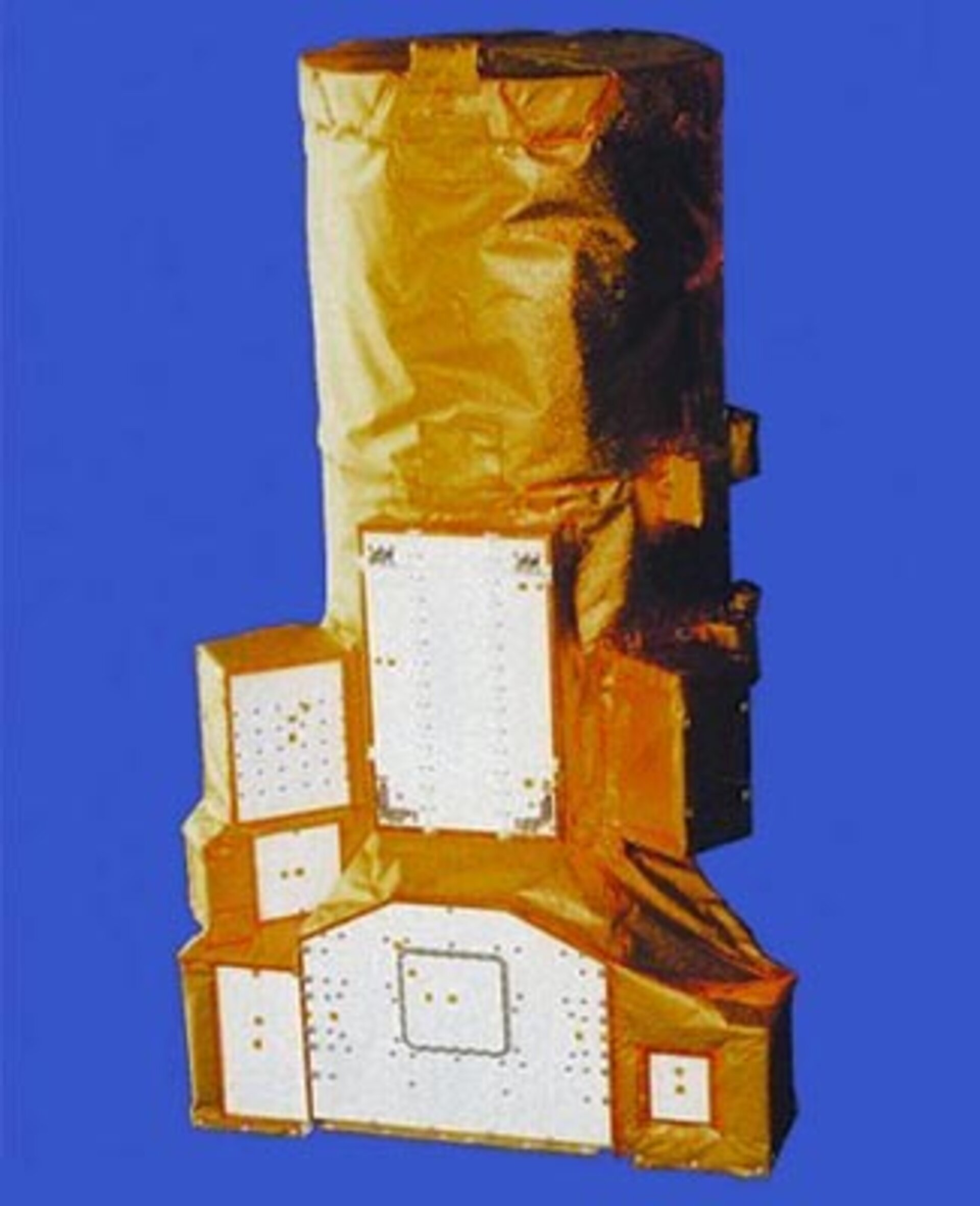 To limit the costs of the mission the service module is a rebuild of the one developed for XMM-Newton, ESA's X-ray Multi-Mirror satellite. It is a closed structure made of composite material, a combination of aluminium and carbon fibre. It houses the satellite systems, including solar power generation, power conditioning and control, data handling, telecommunications and thermal, attitude and orbit control.

The four scientific instruments of Integral's payload module weigh 2 tonnes, making this payload the heaviest ever placed in orbit by ESA. This is due to the need to shield the detectors from background radiation in order to make them sensitive. There are two main instruments detecting gamma rays. An imager will give the sharpest gamma-ray images so far. A spectrometer will gauge gamma-ray energies extremely precisely. Two other instruments, an X-ray monitor and an optical camera, will help to identify the gamma-ray sources.

There is a special support structure 4 metres above the platform with the instrument detectors. This carries so-called 'coded masks'. These metal masks produce the images of the gamma-ray sources. Since gamma rays cannot be focussed by conventional lenses or mirrors, Integral has to use an entirely different technique to make its images, known as the coded mask technique. A coded-mask telescope is a pinhole camera with not just one but many pinholes.