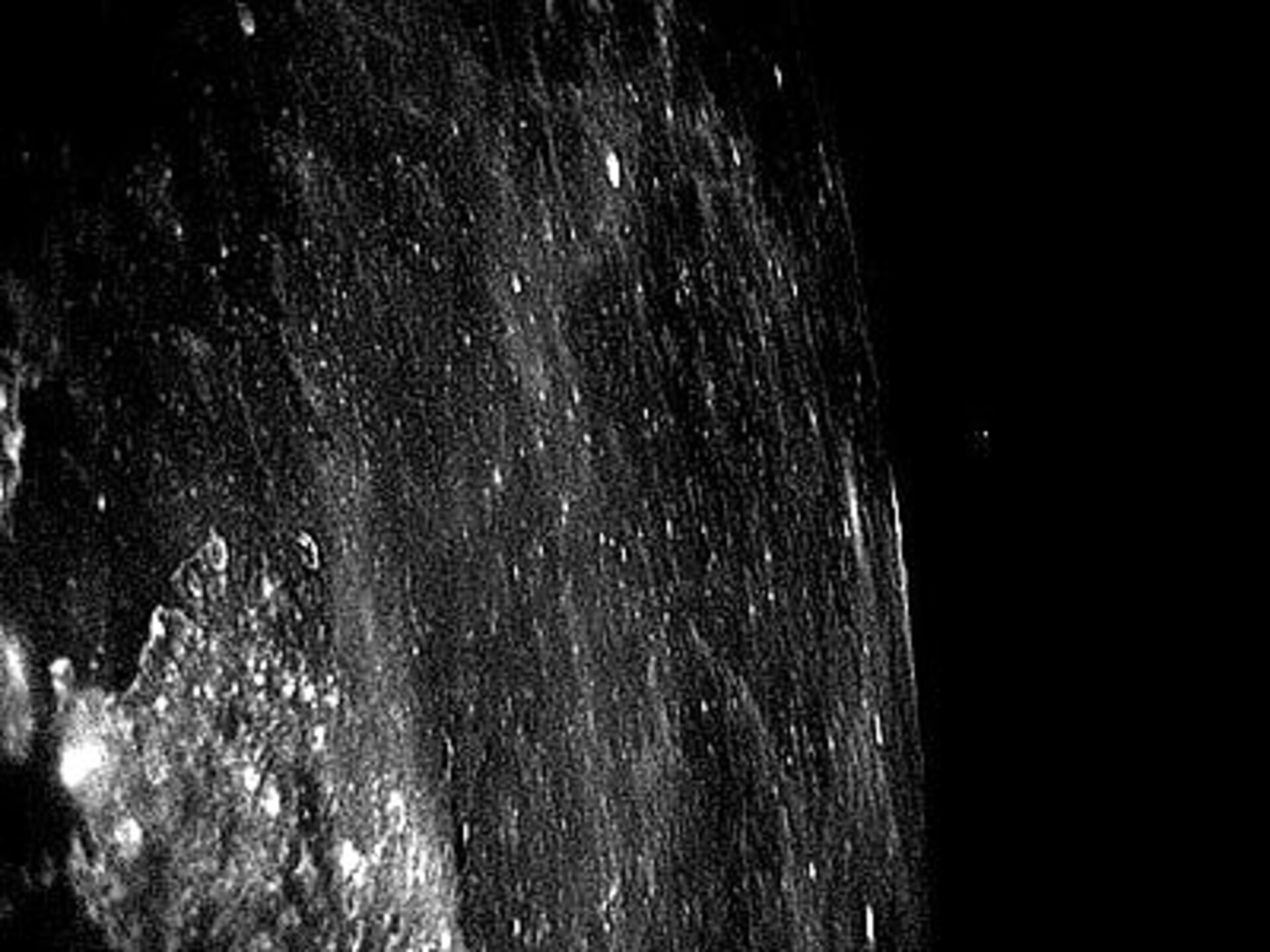 An impressive sequence of Moon images in earthshine was taken by one of SMART-1's star trackers, or attitude cameras, on 1 September 2006. The images are presented as they were acquired, without additional processing.

In the final phases before impact, and as a nice add-on to the mission outcome so far, SMART-1 scientists and the flight control team took the opportunity to test a fast-tracking imaging mode with the star tracker, normally used to orient the spacecraft in space, and take an additional look at the Moon while the spacecraft is getting steadily closer.

The images show a beautiful dark Moon illuminated only by light coming from Earth. SMART-1's star tracker gathered this sequence over a few seconds between 14:15 and 15:06 CEST (12:15 to 13:06 UT) on 1 September, during a slew (rotation) manoeuvre aimed at starting the next imaging session with the AMIE camera on board the spacecraft.

The constellations visible at the beginning of the sequence (when the star tracker started taking images) are Corona Australis and Sagittarius.

Then, the Sun-illuminated Moon appears in the field of view. Later, as the spacecraft continues its slew, the Moon's disk - illuminated by only earthshine - starts to appear in full beauty (see screenshot at left).

Approximately half-way through the sequence, it is possible to see a remarkable feature: an impact crater (a bright circle at top right) and the elongated shapes of ejected material extending radially outward.

At the end of the sequence, it is possible to see highland reliefs in an oblique view.

When taking these images, SMART-1 was flying at about 600 kilometres above the lunar surface.