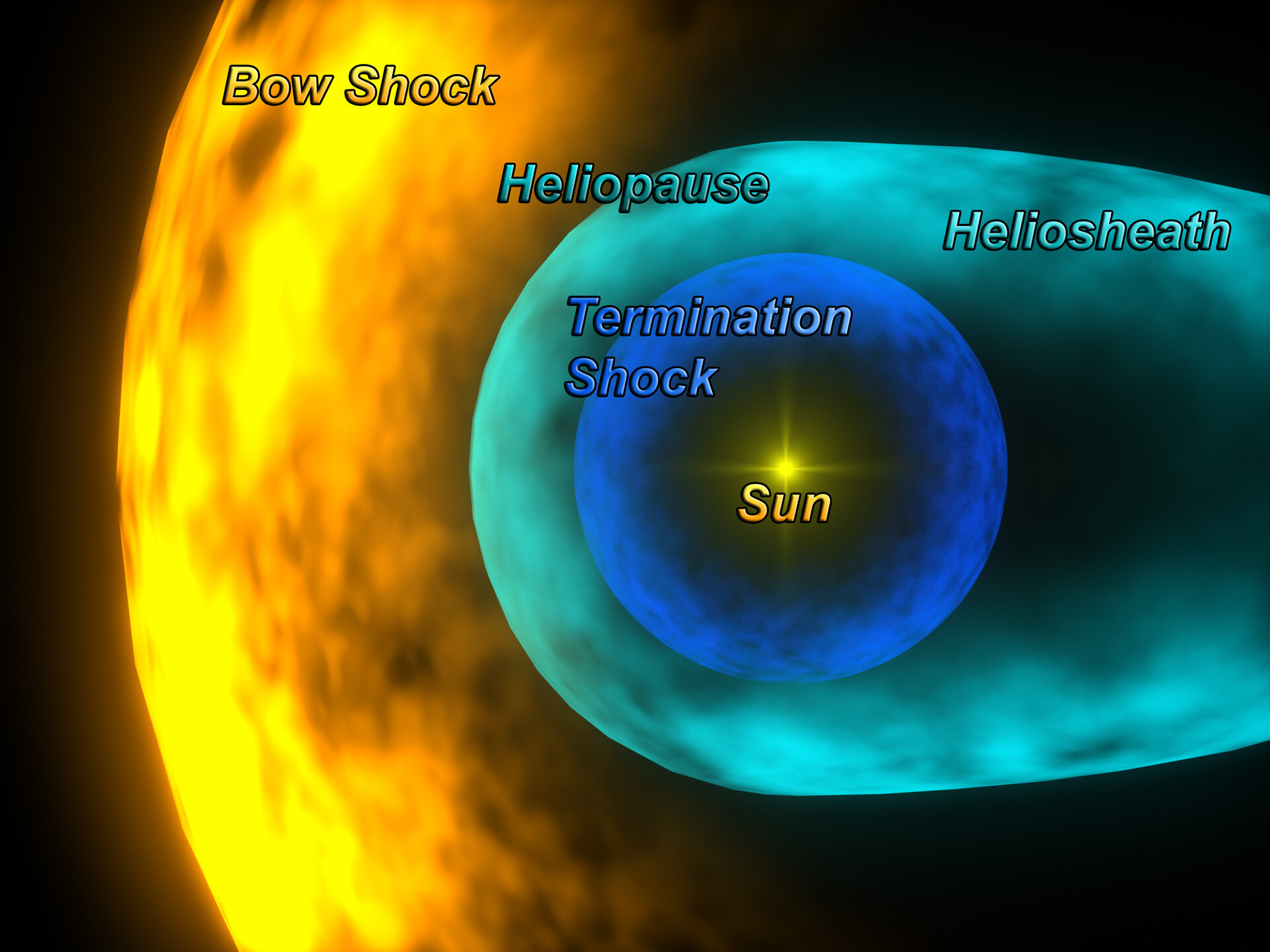 During its 17.5 years in space, Ulysses has rewarded scientists with the unprecedented depth and breadth of its results. These have not just been about the Sun and its influence on nearby space. The mission has also provided surprising insights into the nature of our galaxy and even the fate of the Universe.

The joint ESA/NASA mission was designed to study the solar wind – a constant stream of particles emitted by the Sun, and the magnetic field that this carries through space. Because the Sun rotates, scientists believed that the magnetic field would wind up into a spiral.

Ulysses showed that the actual magnetic field is much more complex in shape and extent. This allows particles emitted by solar storms at low latitudes to climb up to higher latitudes, and vice-versa. This is very important as regions of the Sun not previously considered as possible sources of hazardous particles for astronauts and satellites must now be taken into account and carefully monitored.

Scientists originally thought that speed of the solar wind was typically 400km/s, with higher speed gusts. Ulysses soon showed that for much of the sunspot cycle, it is a fast wind emitted from the solar magnetic poles that dominates. The slow wind, whose origin remains somewhat mysterious, is a minor player.

When the mission was extended beyond the original goal of one orbit of the Sun, scientists were able to watch how the solar wind changed with time. “We designed the mission to give us a 3-D view of the solar wind, but we got the fourth dimension of time, as well,” says Richard Marsden, ESA Ulysses Project Scientist.

The Sun does not emit solar wind steadily, but the emission varies through a cycle of magnetic activity lasting approximately 11 years. The cycle culminates in the reversal of the direction of the Sun’s magnetic field.

Ulysses saw that on a large scale, the complexity of the magnetic field near the solar surface simplifies into a field created by a bar magnet inside the Sun. When solar activity is at a minimum, this bar magnet is aligned with the rotation poles. Six years later, at maximum, the bar magnet has moved to lie at 90º to the rotation poles. It then continues moving so that by the time of the next minimum, it is aligned with the rotational pole again, but in the opposite orientation.

The Sun’s magnetic field creates a sphere of influence known as the heliosphere. “Prior to Ulysses, this was thought to be impenetrable to dust from deep space,” says Ed Smith, NASA Ulysses Project Scientist; Ulysses showed that this was not true.

The spacecraft carried a superb instrument for diagnosing these invading particles. It found 30 times more dust from deep space in the vicinity of the Solar System than astronomers had previously expected.

Ulysses collected rare samples of interstellar helium isotopes, supplying evidence to support the idea that the Universe will expand forever because insufficient matter was created in the Big Bang to halt its outward march.

Ulysses collected rare samples of interstellar helium isotopes. These are especially interesting to cosmologists because theory predicts that their abundance was more or less fixed within a few minutes of the Big Bang. Ulysses measured these isotopes, supplying evidence to support the idea that the Universe will expand forever because insufficient matter was created in the Big Bang to halt its outward march.

Ulysses has been a big scientific effort, with many pay-offs, spread across Europe and America. “There must have been 150 to 200 scientists working on the instrument teams,” estimates Smith. In addition, large numbers of scientists have accessed the mission's archived data, which is made available via the Internet. Around 1500 papers have been published so far using Ulysses data.

This rich treasure of unprecedented observations will keep the mission alive long after the actual spacecraft has died.