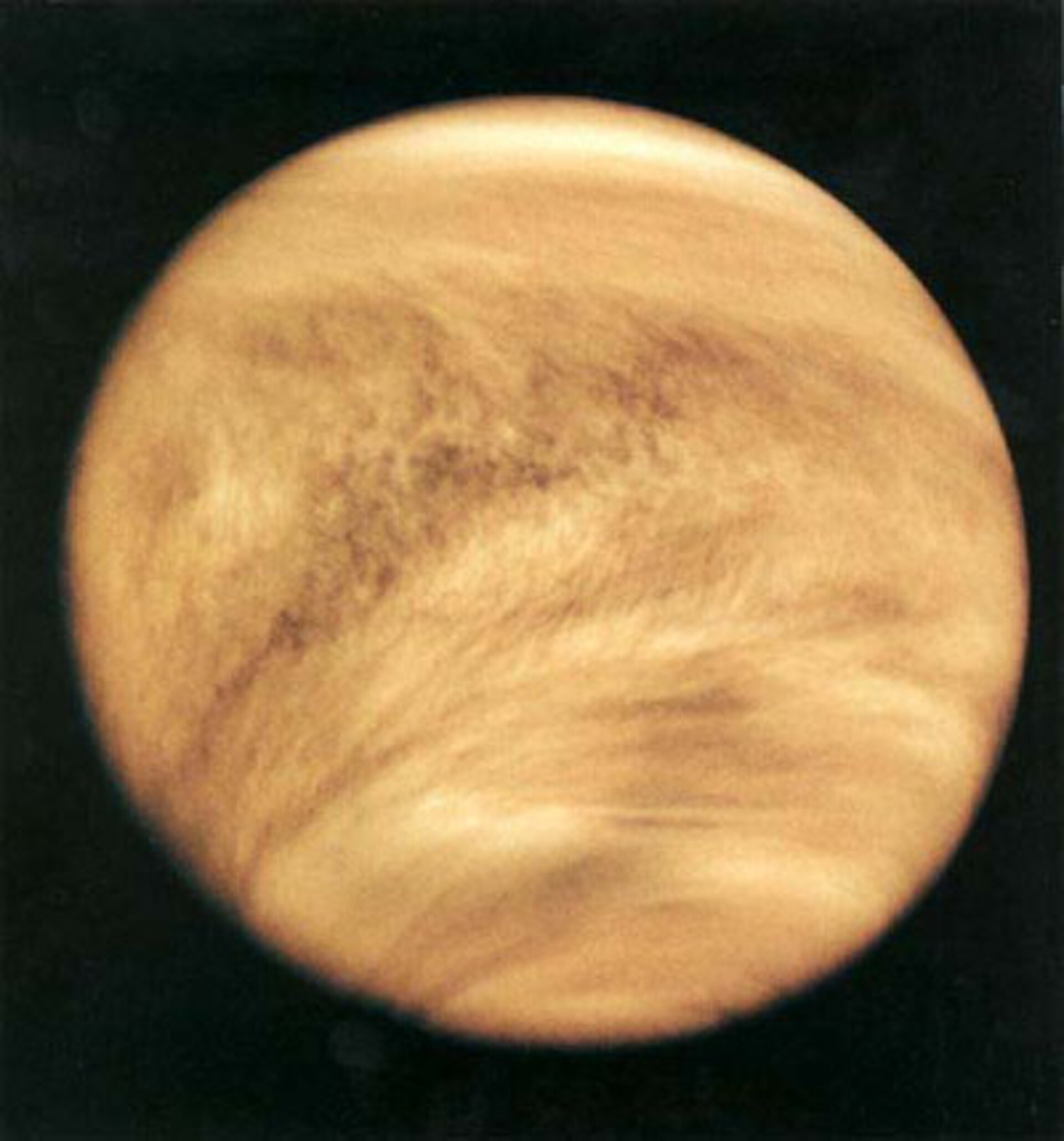 At around 60 kilometres altitude is a very thick cloud layer – a 20 kilometre-deep blanket surrounding the planet. It marks the limit between Venus’s lower and middle atmospheric layers. It is this yellowish layer that prevented for a long time Earth-based observatories and previous orbiter missions to see through.

It is known today that the upper part of this layer is mostly composed of tiny droplets of sulphuric acid, but what is happening chemically in the lower clouds is still unknown. For instance, what is the origin of the large solid particles floating in the lower clouds observed by Pioneer-Venus?

The Venus Express remote-sensing instruments studied how the clouds are shaped and structured, how they form and evolve in time, how their opacity varies and what molecules they are made of. Local and global weather were no secret for Venus Express.

During previous ground and satellite observations, visible flashes in the atmosphere have been observed, and localised emissions of radio waves have also been reported. Are they due to lightning?

The sulphuric acid droplets can be highly electrically charged, and so they offer the potential for lightning. This is very important, not only to learn whether it is possible that lightning has an influence on Venus atmospheric chemistry, but also to globally understand how the atmosphere of all terrestrial planets become electrified and then discharge.

Where the sulphuric acid forms

The higher layers of the atmosphere, between 60 and 200 kilometres altitude, were also still relatively unknown. We know that in the middle atmosphere (60-110 kilometres), above the cloud tops, carbon monoxide is in great abundance among the minor species. This is formed by dissociation of carbon dioxide by ultraviolet radiation coming from the Sun.

Higher in the atmosphere, above 110 kilometres, the mysteries continue. In the higher atmosphere of a planet as close to the Sun as Venus, why do we measure temperatures as low as 30°C on the day side, and even –160°C on the night side?

And why do such differences between day and night sides not cause the strong winds we would expect? This behaviour is unique in the Solar System.