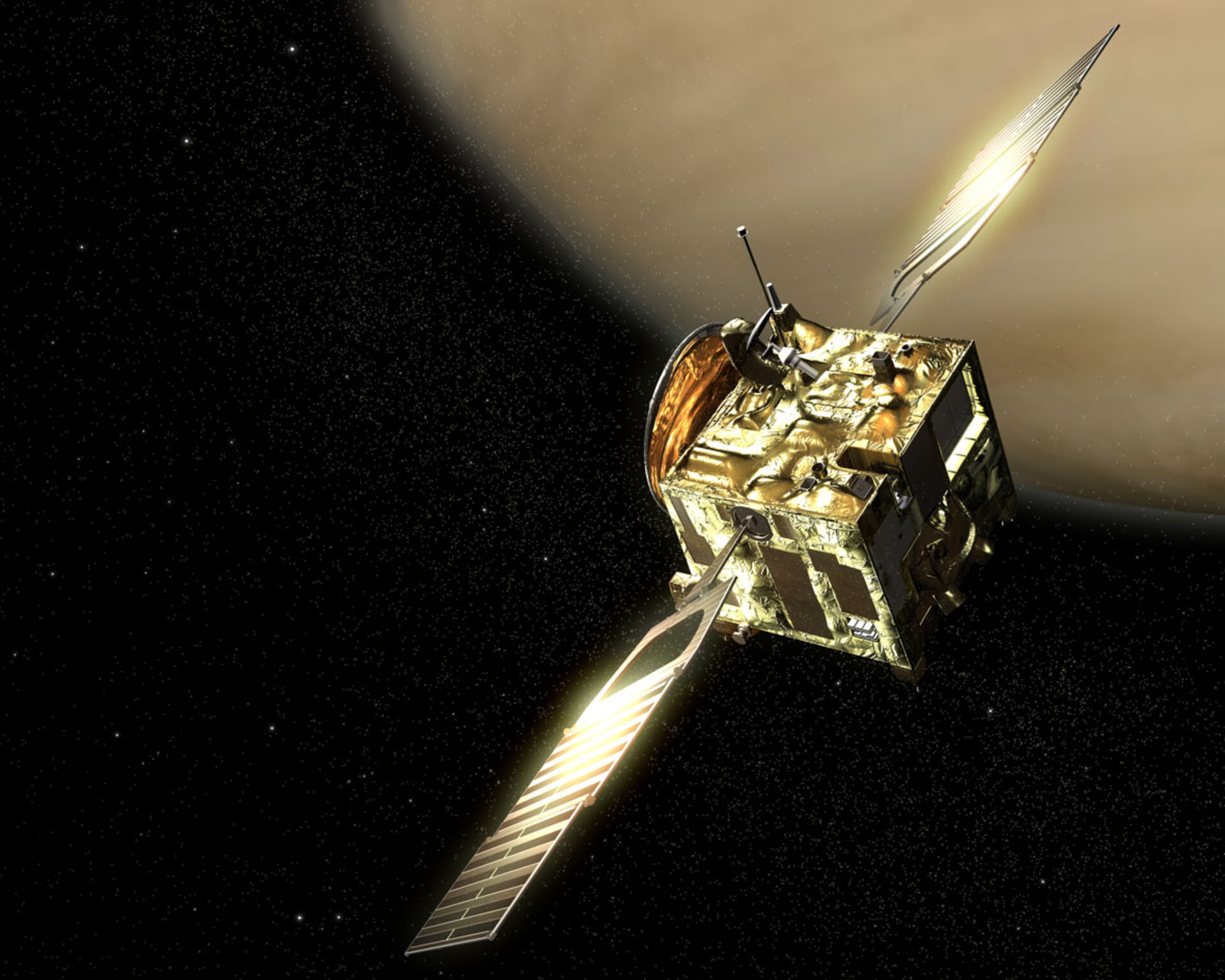 ESA PR 33-2007. How has our knowledge of Venus evolved since ESA’s Venus Express spacecraft has been observing Earth’s twin? To answer this question and to present fresh new results concerning our cryptic neighbour, the European Space Agency is inviting the media to attend a press conference to be held at ESA Headquarters in Paris on 28 November.

The launch of Venus Express back in November 2005 represented a major milestone in the exploration of Venus — a planet unvisited by any dedicated spacecraft since the early 1990s.

One of the fundamental questions being addressed by the Venus Express mission is why a world so similar to Earth in mass and size has evolved so differently, to become the noxious and inhospitable planet it is today.

Since it started its scientific observations in July 2006, Venus Express has been making the most detailed study of the planet’s thick and complex atmosphere to date.

The latest findings not only highlight the features that make Venus unique in the solar system but also provide fresh clues as to how the planet is — despite everything — a more Earth-like planetary neighbour than one could have imagined.

The results will appear in a special section of the 29 November issue of the journal Nature containing nine individual papers devoted to Venus Express science activities.

The results presented at the press conference are embargoed until 28 November 19:00 CET.

15:07 Venus: What we knew before, by Fred Taylor, Venus Express Interdisciplinary Scientist

15:15 Temperatures in the atmosphere of Venus, by Jean-Loup Bertaux, SPICAV Principal Investigator