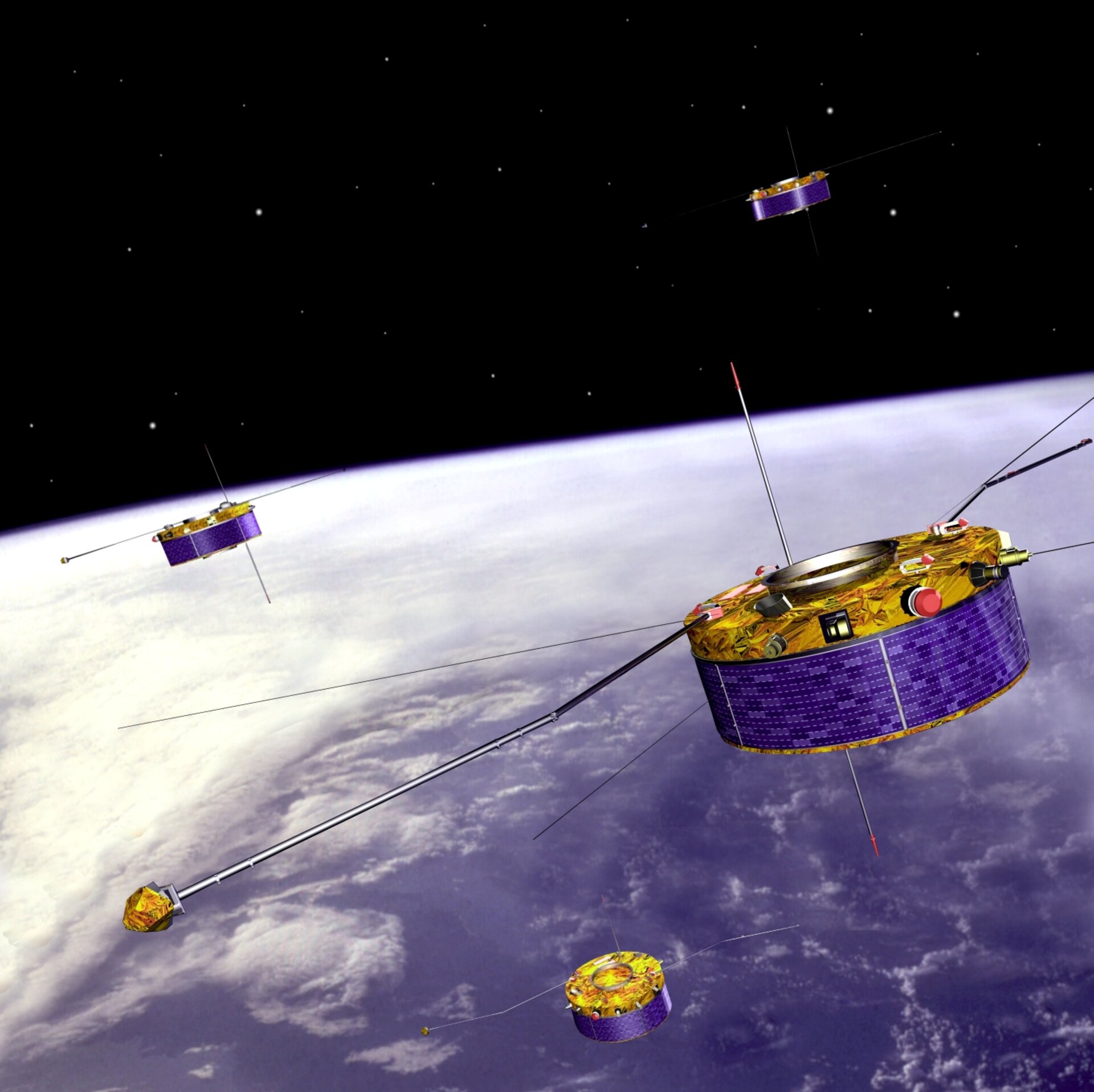 Space weather is no abstract concept – it may happen in space, but its effects on Earth can be significant. To help better forecast these effects, ESA’s Cluster mission, a quartet of spacecraft that was launched in 2000, is currently working to understand how our planet is connected to its magnetic environment, and unravelling the complex relationship between the Earth and its parent star.

Despite appearances, the space surrounding our planet is far from empty. The Earth is surrounded by various layers of atmosphere, is constantly bathed in a flow of charged particles streaming out from the Sun, known as the solar wind, and sends its own magnetic field lines out into the cosmos.

This field floods our immediate patch of space, acting as a kind of shield against any extreme and potentially damaging radiation that might come our way. It also defines our planet’s magnetosphere, a region of space dominated by Earth’s magnetic field and filled with energy that is topped up by the solar wind and sporadically released into the near-Earth environment.

With this comes ‘weather’. We occasionally experience magnetic storms and events that disturb and interact with Earth’s radiation belts, atmosphere, and planetary surface. One of the most famous examples of this is the auroras that Earth experiences at its poles. These shimmering sheets of colour form as the solar wind disrupts and breaches the upper layers of our atmosphere.

Space weather has a real impact on our activities on Earth, and poses a significant risk to space-farers – robotic and human alike.

Sudden flurries of high-energy particles emanating from the Sun can contain up to 100 million tons of material; this can penetrate spacecraft walls or affect their electronics, disable satellites, and take down terrestrial electrical transformers and power grids. There are currently about 1800 active satellites circling our planet, and our dependence on space technology is only growing stronger.

“To understand and predict this weather, we need to know more about how the Earth and the Sun are connected, and what the magnetic environment around the Earth looks and acts like. This is what Cluster is helping us to do.”

Various spacecraft are investigating the magnetic environment around the Earth and how it interacts with the solar wind. Efforts have been internationally collaborative, from observatories including ESA’s Cluster and Swarm missions, NASA’s Magnetospheric MultiScale mission (MMS), the Van Allen Probes, and THEMIS (Time History of Events and Macroscale Interactions during Substorms), and the Japanese (JAXA/ISAS) Arase and Geotail missions.

Cluster comprises four identical spacecraft that fly in a pyramid-like formation, and is able to gather incredibly detailed data on the complex structure and fluctuations of our magnetic environment.

For nearly two decades, this quartet has mapped our magnetosphere and pinpointed flows of cold plasma and interactions with the solar wind, probed our magnetotail – an extension of the magnetosphere that stretches beyond the Earth in the direction opposite to the Sun. The mission also modelled the small-scale turbulence and intricate dynamics of the solar wind itself, and helped to explain the mysteries of Earth’s auroras.

While this back catalogue of discoveries is impressive enough, Cluster is still producing new insights, especially in the realm of space weather. Recently, the mission has been instrumental in building more accurate models of our planet’s magnetic field both close to Earth (at so-called geosynchronous altitudes) and at large distances from Earth’s surface – no mean feat.

These recent models were based on data from Cluster and other missions mentioned above, and put together by scientists including Nikolai Tsyganenko and Varvara Andreeva of Saint-Petersburg State University, Russia. They provide a way to trace magnetic field lines and determine how they evolve and change during storms, and can thus create a magnetic map of all the satellites currently in orbit around the Earth down to low altitudes.

In addition, ESA's Swarm mission is also providing insight into our planet’smagnetic field. Launched in 2013 and comprising three identical satellites, Swarm has been measuringpreciselythe magnetic signals that stem from Earth’s core, mantle, crust and oceans, as well as from the ionosphere and magnetosphere.

“This kind of research is invaluable,” adds Escoubet. “Unexpected or extreme outbursts of space weather can badly damage any satellites we have in orbit around the Earth, so being able to keep better track of them – while simultaneously gaining a better understanding of our planet’s dynamic magnetic field structure – is key to their safety.”

Cluster also recently tracked the impact of huge outbursts of highly energetic particles and photons from the outer layers of the Sun known as coronal mass ejections (CMEs). The data showed that CMEs are able to trigger both strong and weak geomagnetic storms as they meet and are deformed at Earth’s bow shock – the boundary where the solar wind meets the outer limits of our magnetosphere. 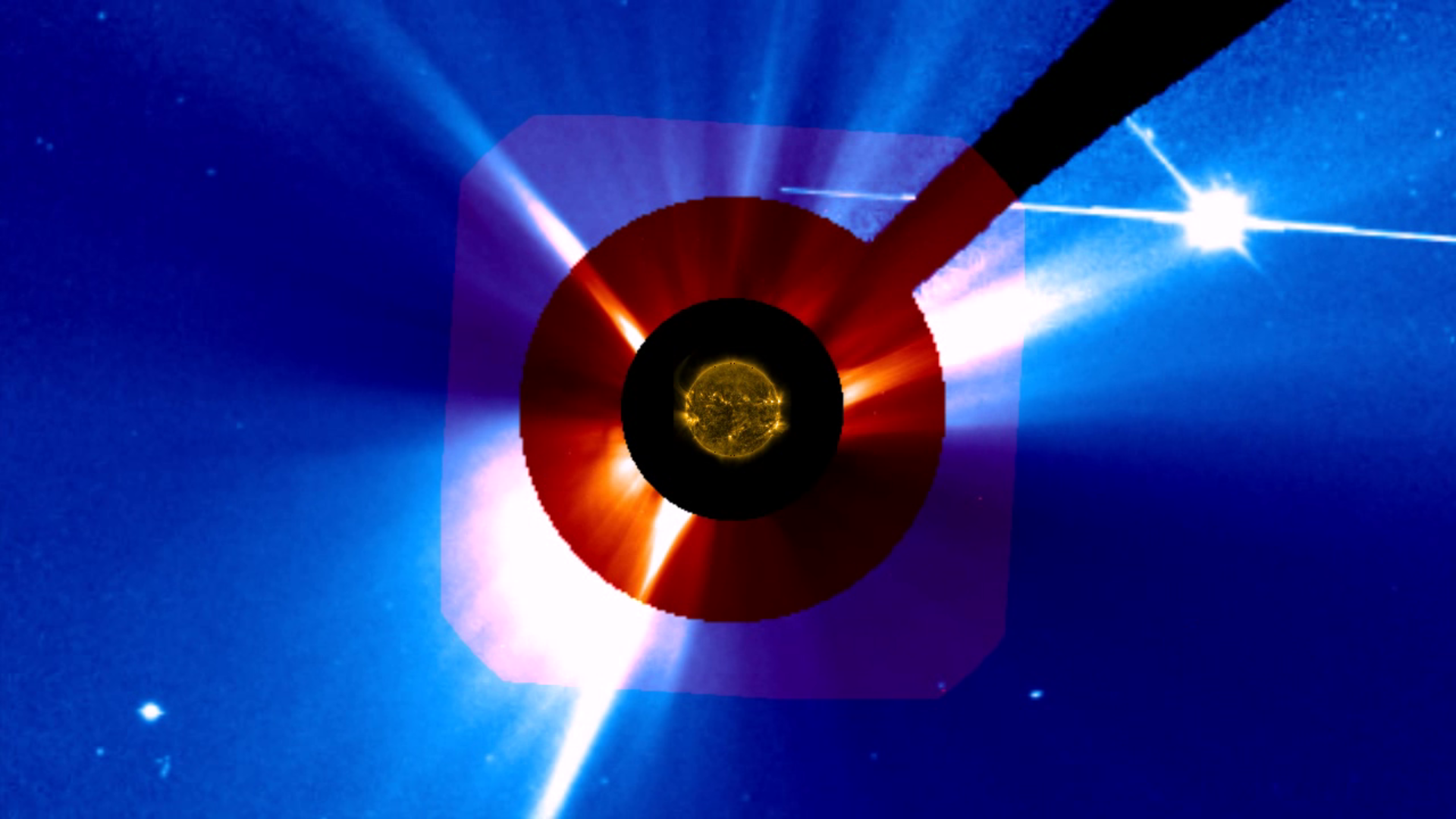 
Such storms are extreme events. Cluster explored a specific storm that occurred in September 2017, triggered by two consecutive CMEs separated by 24 hours. It studied how the storm affected the flow of charged particles leaving the polar regions of the ionosphere, a layer of Earth's upper atmosphere, above around 100 km, and found this flow to have increased around the polar cap by more than 30 times. This enhanced flow has consequences for space weather, such as increased drag for satellites, and is thought to be a result of the ionosphere being heated by multiple intense solar flares.

The mission has observed how various other phenomena affect our magnetosphere, too. It spotted tiny, hot, local anomalies in the flow of solar wind that caused the entire magnetosphere to vibrate, and watched the magnetosphere growing and shrinking significantly in size back in 2013, interacting with the radiation beltsthat encircle our planet as it did so.

Importantly, it also measured the speed of the solar wind at the ‘nose’ of the bow shock. These observations connect data gathered near Earth to those obtained by Sun-watching satellites some 1.5 million km away at a location known as Lagrangian Point 1 – such as the ESA/NASA Solar and Heliospheric Observatory (SOHO) and NASA’s Advanced Composition Explorer (ACE). These data offer all-important evidence for solar wind dynamics in this complex and unclear region of space.

“All of this, and more, has really made it possible to better understand the dynamics of Earth’s magnetic field, and how it relates to the space weather we see,” says Escoubet.

“Cluster has produced such wonderful science in the past 18 years – but there’s still so much more to come.”