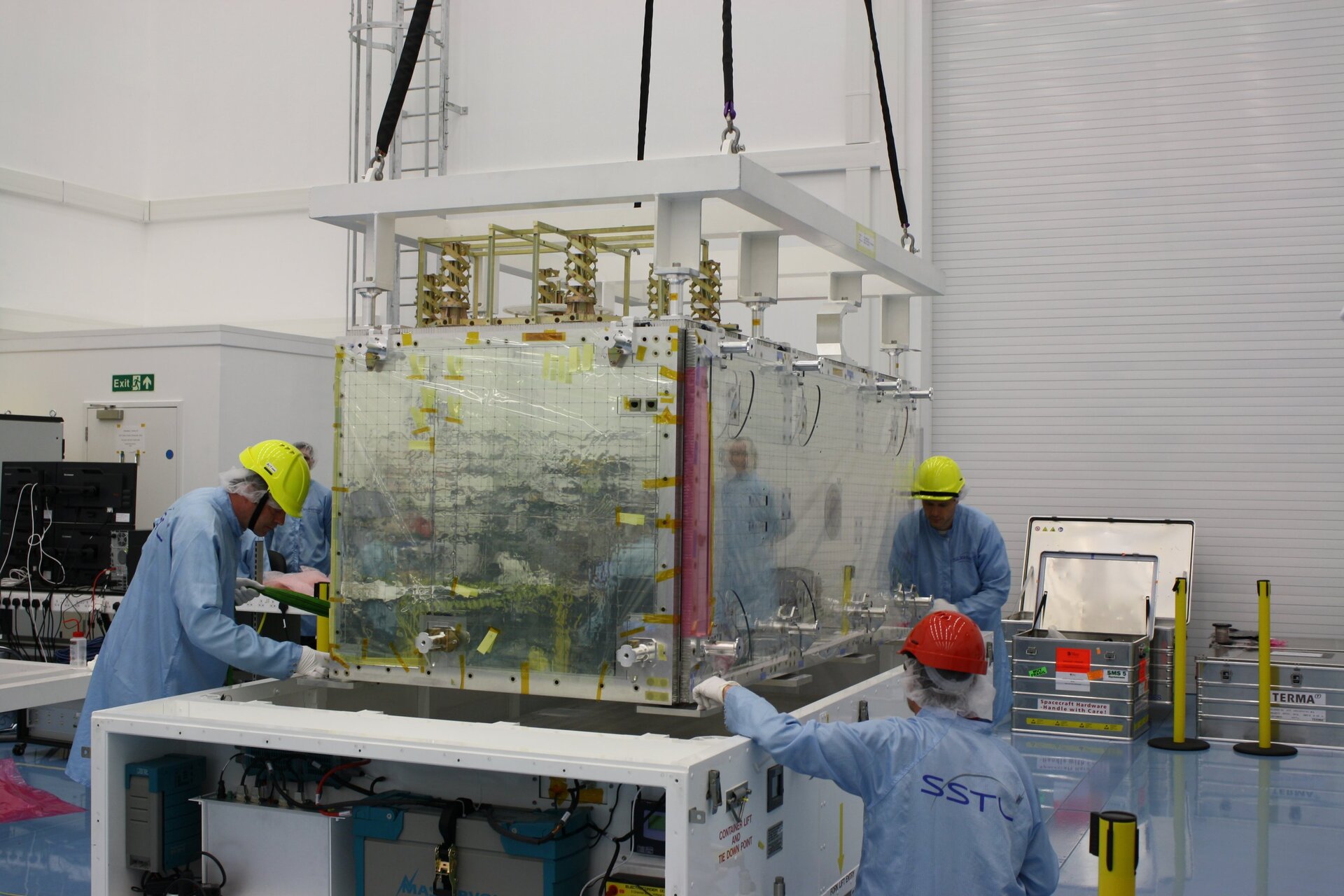 The next Galileo navigation payload has been completed and is on its way to meet the satellite platform that will host it in orbit.

The first of 14 Galileo ‘Full Operational Capability’ (FOC) navigation payloads has been shipped from Surrey Satellite Technology Ltd in the UK to prime contractor OHB System AG in Bremen Germany.

The payload – the part of the satellite that provides Galileo’s precision positioning measurements and services to users worldwide – will then be added to its waiting satellite platform.

“The payload for the fifth satellite in the Galileo constellation is ready,” said Didier Faivre, ESA’s Director of the Galileo Programme and Navigation-related Activities.

“While the next two satellites to be launched are currently undergoing testing, the next ones are being built. Another important step forward for the programme was made today.”

The SSTL payload is engineered to provide all Galileo navigation services, and is based on European atomic clocks, navigation signal generators, high-power amplifiers and antennas.

“The delivery of our first Galileo payload is an important milestone towards achieving full satellite qualification at the end of the year, bringing together expertise, knowledge and innovation from almost a decade of SSTL involvement in Galileo,” commented Matt Perkins, SSTL CEO.

“We are proud to lead the payload development for this landmark programme that will redefine what we expect from global navigation services.”

The first two Galileo satellites entered orbit on 21 October 2011, with two more due at the end of this summer. These initial satellites carry payloads built by Astrium UK in Portsmouth, with Thales Alenia Space in Italy integrating them with their satellite platforms. Astrium Germany in Ottobrunn serves as prime contractor.

The new satellites are the follow-up batch of Galileo satellites, planned to begin launches in 2014.

Once all 14 are in orbit, the 18-strong Galileo constellation will achieve ‘Initial Operational Capability’ and will be able to provide initial navigation services – the full range of services will be available once all 30 satellites are in place in 2018.

In addition to these first 14 FOC satellites, the OHB–SSTL consortium was awarded a contract to build a further eight satellites for the Galileo system in February this year.

Galileo is an initiative of the European Commission and ESA to provide Europe with an independent global satnav system.

It combines the best atomic clock ever flown for navigation – accurate to one second in three million years – with a powerful transmitter to broadcast precise navigation data worldwide.