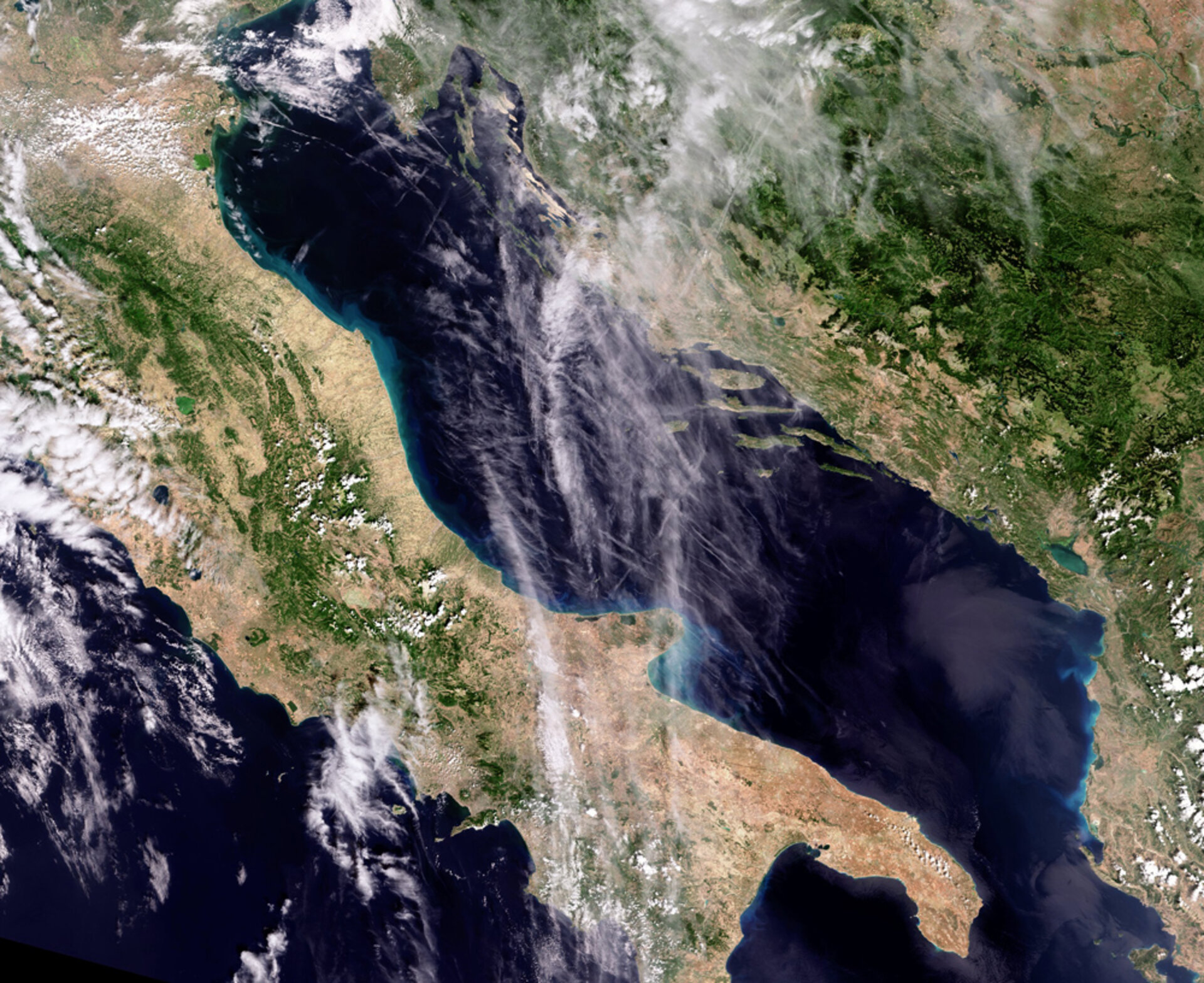 Envisat captures a cluster of aircraft condensation trails, or 'contrails', over southern Italy, the Adriatic Sea and parts of Croatia.

These ice crystals act as condensation nuclei around which even more water vapour in the surrounding air condenses. The result is the formation of an elongated cloud-like condensation trail in the sky.

Contrails can last anywhere from a few minutes to hours. They can also grow to form persistent artificial cirrus clouds that can last for days or weeks. Contrails and cirrus clouds could potentially have an impact on the Earth’s climate by trapping the Earth's heat in our atmosphere in a similar way to greenhouse gases.