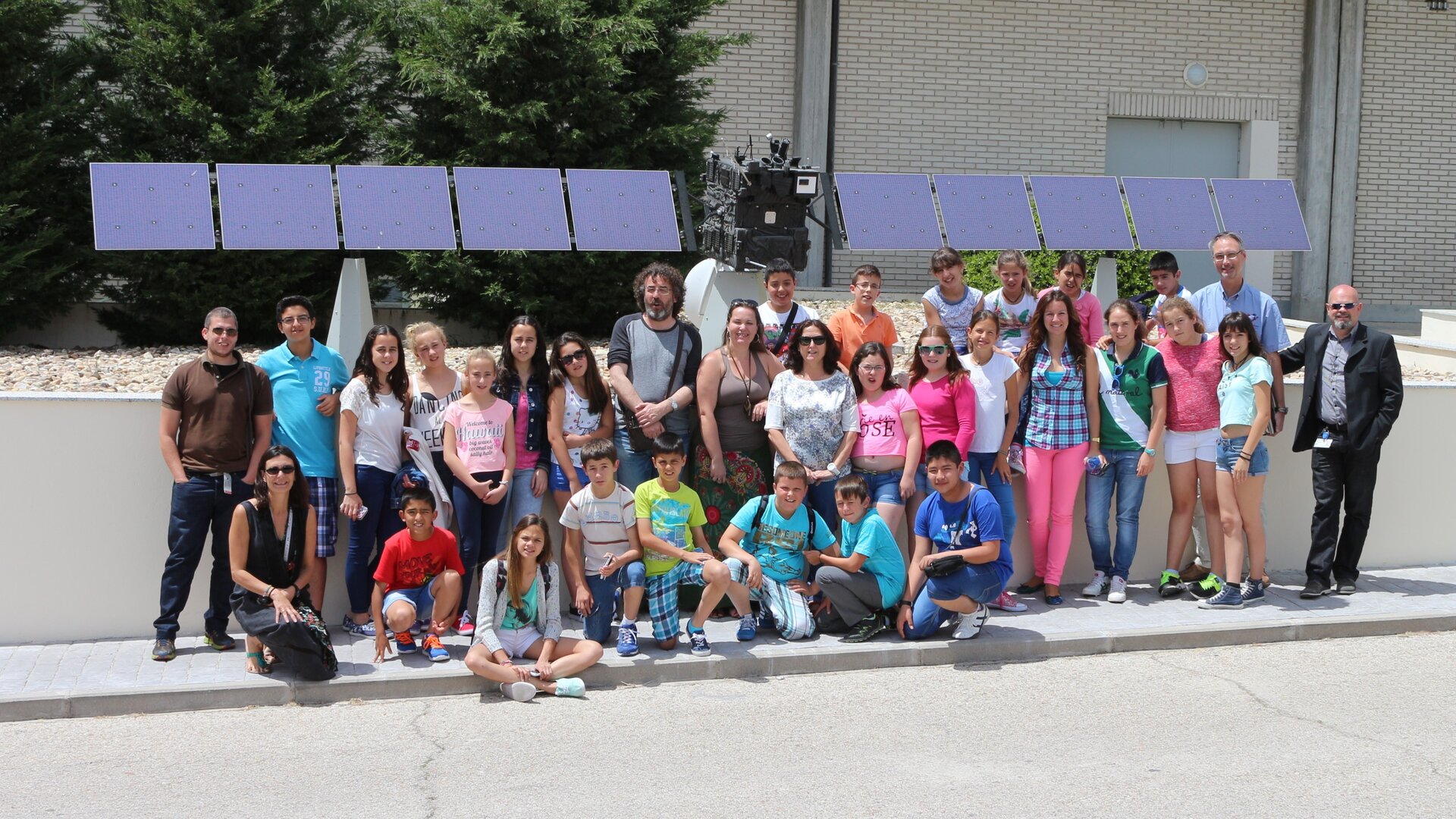 An enthusiastic group of schoolchildren sent a greeting to the future today, beaming a radio signal into space via an ESA tracking station in Spain.

In January, over 200 participants around the world sent us video selfies as part of ESA’s Wake Up Rosetta campaign, with the videos collectively receiving some 75 000 votes.

As the final prize, ESA today transmitted the top 10 video selfies into space, using one of the tracking stations that regularly communicates with Rosetta, sending them on a light-speed journey far into deep space.

The signal was transmitted at 12:22 GMT (14:22 CEST) with help by students and teachers from Colegio Público (Peñaluenga) De El Castillo De Las Guardas, near Seville, via the 35 m-diameter deep-space dish at Cebreros, Spain.

The students travelled to ESA’s space astronomy centre, ESAC, near Madrid, for a guided tour of the Rosetta science operations facilities.

Colegio Peñaluenga participated in the Wake Up Rosetta campaign, submitting a marvellous video selfie shot in the school’s science labs.

The 35 MB archive file of 10 videos was transmitted at 250 kbit/s in about three minutes.

The ‘send’ command was issued – loudly – by all the students in unison via the voice loop connecting Cebreros and the tracking network control room at ESA’s ESOC operations centre, Darmstadt, Germany.

“On behalf of the Rosetta mission, I’d like to thank everyone who took part in the Wake Up campaign and especially the students and teachers from Colegio Peñaluenga who assisted us today,” said Fred Jansen, Rosetta Mission Manager.

“The broad public interest in Rosetta is an inspiration to the engineers, scientists and indeed all of us at ESA and numerous partner organisations working to make Rosetta a success.”

“In one second, today’s signal will have passed the orbit of our Moon; in five minutes it will pass close to Mercury on its orbit around the Sun; and in about 30 minutes it will be as far away from Earth as Rosetta,” notes Markus Landgraf, a mission analyst at ESOC.

“It’s impossible to say with certainty what, eventually, will become of the radio signal sent today. As the famous scientist and communicator Carl Sagan once said, ‘Imagination will often carry us to worlds that never were. But without it we go nowhere.’ ”