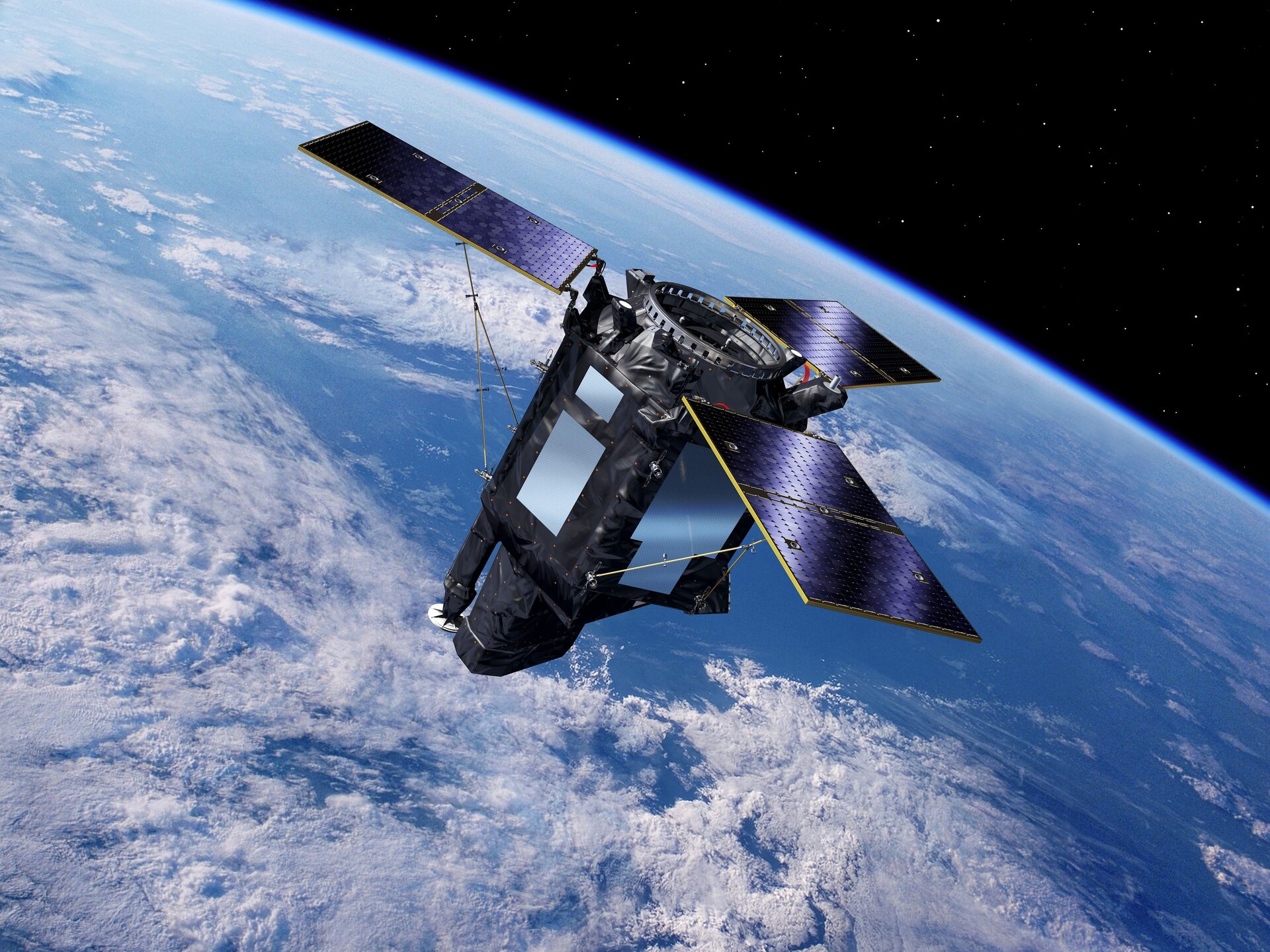 Teams at ESA's mission control centre are getting ready to ensure a new Earth observation mission safely begins its life in space. The SEOSAT-Ingenio mission will provide high-resolution images of Earth’s surface, providing crucial data to better understand our environment and for land, water and risk management and security.

The flagship mission from the Spanish Earth Observation Program will launch on Tuesday, 17 November, at 02:52 CET from Europe’s spaceport in Kourou, French Guiana (22:52 on 16 November local time in Kourou).

Shortly after launch, the fledgling mission will establish communications with ESA’s ESOC operations centre in Darmstadt, Germany, where teams will monitor and control the spacecraft during its intense first days in space, before handing over control of the mission to Spain’s National Institute of Aerospace Technology (INTA) for routine operations.

SEOSAT-Ingenio is short for Spanish Earth Observation Satellite, with ‘ingenio’ the Spanish word for ingenuity. The satellite will be joined on its journey into space on board a Vega rocket by its co-passenger, the Earth observation satellite Taranis of the French Space Agency CNES.

SEOSAT-Ingenio will be placed into an orbit at an altitude of roughly 670 km. From here, it will provide high-resolution images of Earth’s land cover that will have extensive uses across cartography, land use monitoring, urban development and water management.

The Spanish satellite will be able to access and image any point on Earth’s surface within three days, making it especially helpful for mapping unpredictable natural disasters such as floods, wildfires and earthquakes, as well as helping to understand one of humankind’s greatest challenges: climate change.

During SEOSAT-Ingenio’s early days in space – the ‘Launch and Early Orbit Phase’ – teams at ESA mission control will conduct a series of manoeuvres that will help it reach its target orbit,  communicating with the spacecraft using ground stations including ESA’s own Kiruna station in Sweden.

After safely guiding the satellite through this phase, ESOC will hand control of SEOSAT-Ingenio over to an INTA control facility in Torrejón de Ardoz, Madrid, which will primarily communicate with the satellite using their own ground station in Torrejón.

While SEOSAT-Ingenio is a Spanish national mission, it is the result of an international collaborative effort. The mission is funded by Spain’s Centre for the Development of Industrial Technology (CDTI) of the Ministry of Science and Innovation, but was developed and managed by ESA.

What could possibly go wrong?

The Launch and Early Orbit Phase of a mission is the most risky part of its life. Newly lofted into space by its rocket, and not yet fully ‘awake’, mission controllers must systematically turn on key instruments and test its core functions, all the while staying safe from the hazards of space.

To prepare for every eventuality, mission teams at ESA run through a series of simulated launch scenarios starting well before lift off. In some, the mission runs perfectly, ‘a nominal simulation’. In others, known as ‘contingency simulations’, problems are concocted and thrown in to help teams develop strategies to handle any number of issues that could occur during the real mission. 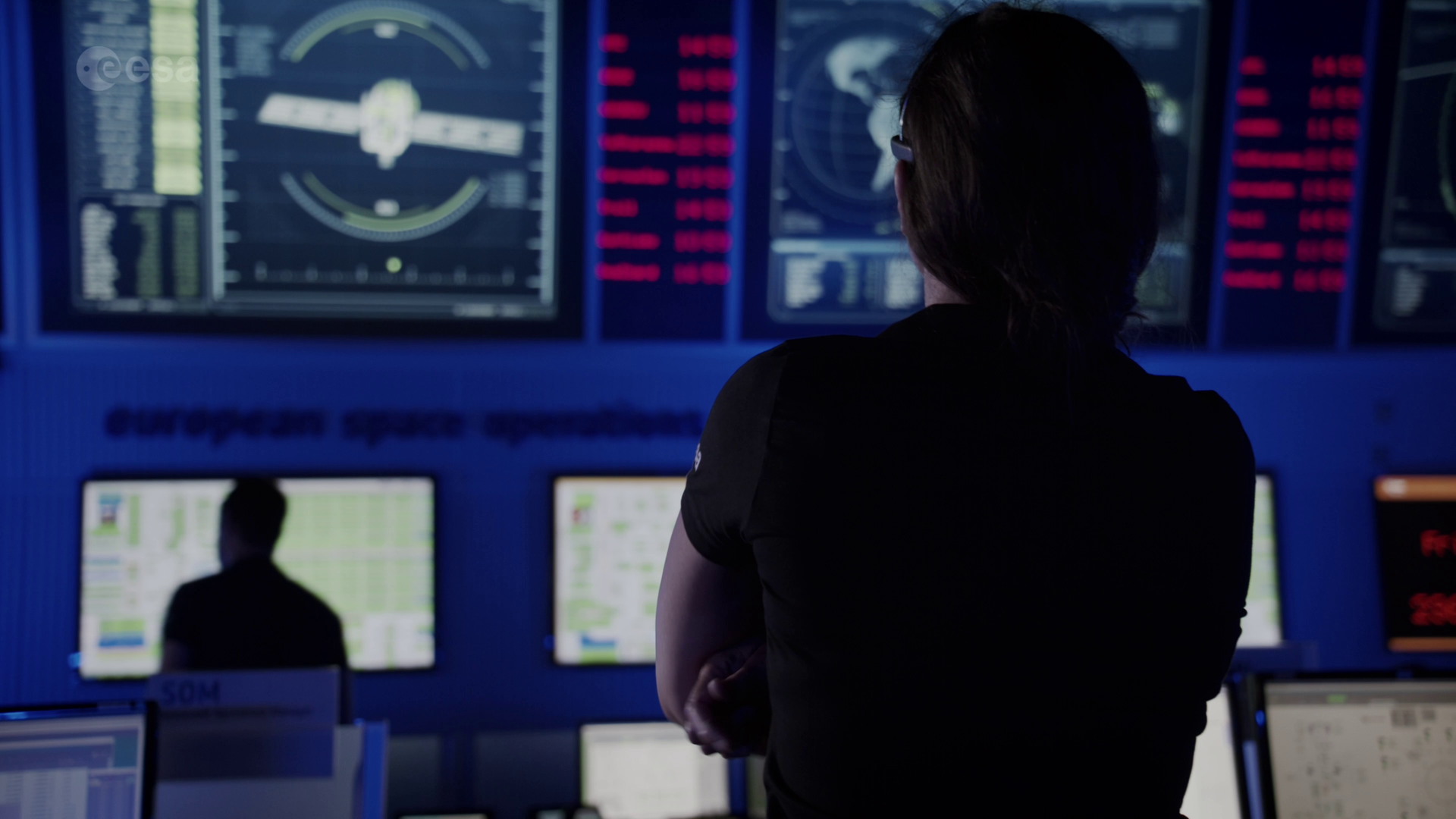 SEOSAT-Ingenio will join a fleet of Earth-monitoring spacecraft in one of the busiest space highways, low-Earth orbit. This will put it at potential risk of collision with the churning veil of space debris caused by decades of humanity’s spaceflight activity.

ESA's Space Debris Office will calculate and monitor the risk of collision between SEOSAT-Ingenio and debris throughout the Launch and Early Orbit Phase. One common scenario for contingency simulations involves engineers from the Space Debris Office challenging the teams to quickly react to a potential collision and keep the spacecraft safe by manoeuvring it out of the path of oncoming debris.

For SEOSAT-Ingenio, the Space Debris Office will also continue to provide collision avoidance support after the spacecraft has been handed over to INTA.

A couple of days before launch, mission controllers will go through a ‘dress rehearsal’, in which they run through the launch sequence for the final time, but this time connected to the spacecraft in Kourou sitting on top of its Vega launcher, getting live data from the satellite.

Back-to-back launches in the midst of a pandemic

SEOSAT-Ingenio is scheduled to launch within just days of the most recent addition to the European Union’s Copernicus programme, Sentinel-6 Michael Freilich.

The Launch and Early Orbit Phase of Sentinel-6’s mission will also be conducted from ESOC, so teams responsible for the two missions have been conducting overlapping sets of simulations and dress rehearsals, all in the midst of the COVID-19 pandemic.

“There is more coordination needed now than ever before,” says Isabel Rojo, Spacecraft Operations Manager for SEOSAT-Ingenio. “It’s always a challenge to have two launches so close together, but as a result of the pandemic, the mission teams for SEOSAT-Ingenio and Sentinel-6 and their use of the facilities at ESOC have to be strictly separated.”

“The teams and infrastructure at ESA’s mission control are well prepared for these challenges. We look forward to safely guiding SEOSAT-Ingenio through its critical early days in space and setting it up for its important Earth observation mission.”