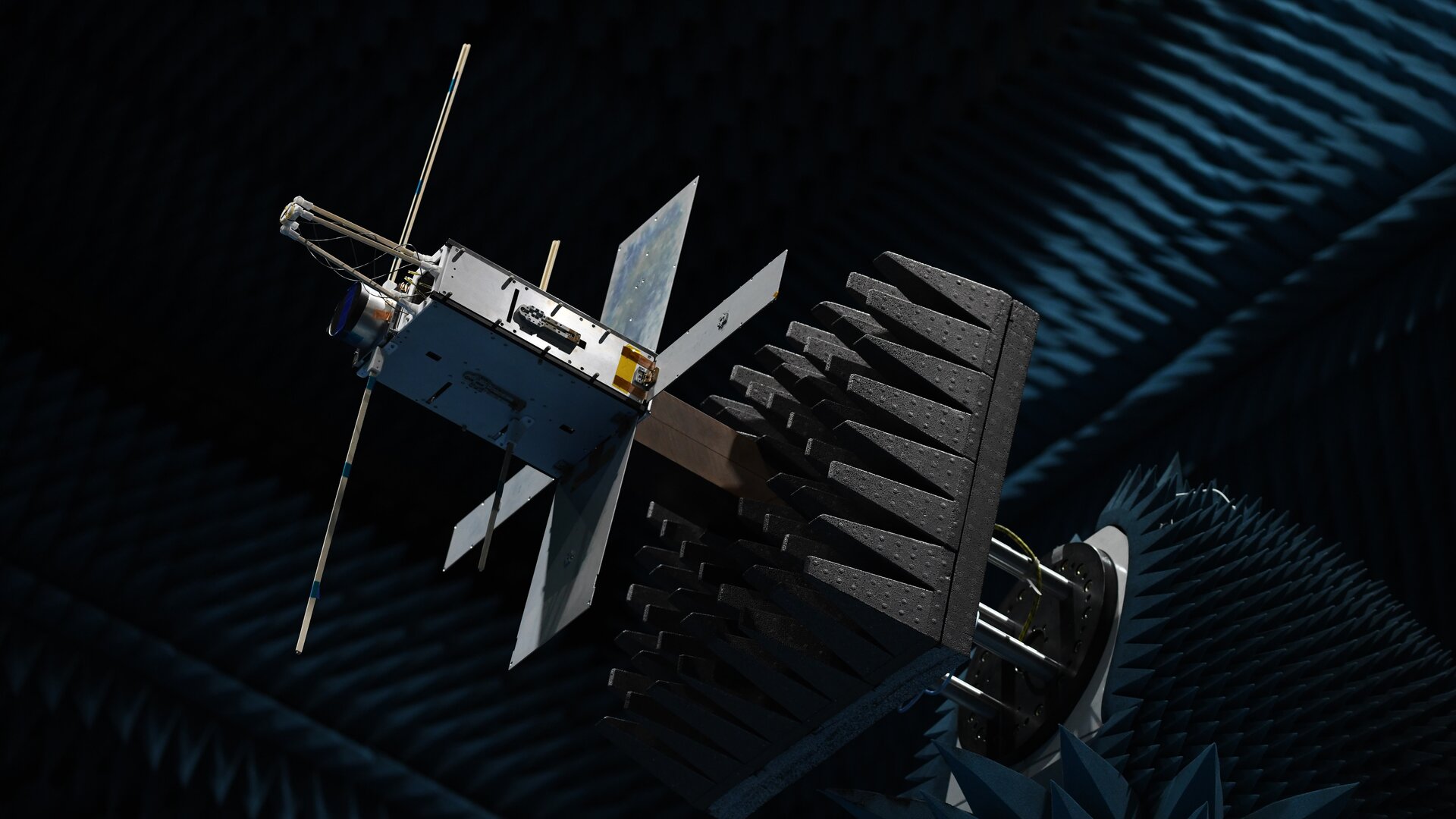 ESA has set up a dedicated unit to work on the standardised nanosatellites called ‘CubeSats’, teaming up with European companies to develop low-cost technology-testing missions. Missions in preparation include a double CubeSat to test rendezvous and docking techniques, and one to explore near-Earth asteroids.

This year, three ESA technology-testing CubeSats for atmospheric reentry measurements, ozone monitoring and solar radiation studies are on the way to launch, and other ESA directorates are now developing their own missions.

“We’ve been working with many small- to medium-sized European companies within this new part of the space sector,” comments Roger Walker, heading ESA’s new CubeSat Systems Unit at its ESTEC technical centre in the Netherlands. “Our projects aim to fly promising new technologies in space at low cost, and rapid pace, which our partner companies can then exploit commercially.

“We’ve set up a standardised lean project approach, by tailoring existing European Coordination for Space Standardization regulations specifically for CubeSats – the European rulebook for mission development. It’s a way of managing risk throughout the CubeSat engineering and qualification process, to draw maximum benefit from these nanosatellites in terms of timeliness and low cost while ensuring the missions will work as planned and remain within their low budgets.

“These standards have been well received by our industry partners, and some of them are adapting them for their own commercial projects. Having such an ESA stamp of approval is valued highly by commercial customers who are looking at using this emerging technology.”

ESA’s new CubeSat Systems Unit is planned as a centre of excellence, building up deep expertise in miniaturised technology and equipment and CubeSat systems integration, at the service of CubeSat projects across the Agency.

Roger adds: “We’re overseeing a total of nine CubeSat projects at the moment at various stages of design and development, including two highly innovative missions that form part of our CubeSat roadmap presented to ESA Member States for funding in our General Support Technology Programme at the Space19+ Ministerial Conference later this year.

“The M-ARGO Miniaturised – Asteroid Remote Geophysical Observer, is a solo CubeSat for asteroid exploration while the RACE, Rendezvous Autonomous CubeSats Experiment, will test out autonomous rendezvous and docking capabilities for CubeSats – opening up new ways of running missions as multi-CubeSat ‘aggregated satellites’ that could be build up in space over time.”

ESA’s Directorate of Human and Robotic Exploration is considering a CubeSat mission to test out a key capability for Mars Sample Return – optical detection and navigation to a sample container from orbit while its the Science Directorate is also adapting some CubeSat technologies for operation in the deep space environment as well as studying the potential use of CubeSats in support of planetary science missions.

ESA is also providing access to ground facilities – control rooms and ground stations – as well as know-how via the Agency’s ESOC mission control centre for universities, startups and businesses aiming to get their own CubeSats and small satellites into space.

“In general we see good support from ESA Member States who don’t have a strong national space programme,” explains Roger.  “They might ask us to run projects with their industry, benefiting from our technical management expertise. Another strength is that we can set up collaborations across Member States, when all the critical technology needed is not available in a single country, linking up companies to make a viable mission.”

The CubeSat Systems Unit – part of ESA’s Systems Department Project Office Project Office of the Systems Department, in ESA’s Directorate of Technical and Engineering Quality – can also facilitate access to CubeSat-friendly test facilities, such as the vibration and thermal test equipment of ESTEC’s Mechanical Systems Lab, and the Magnetic Coil Facility used to measure a CubeSat’s residual magnetic field – increasing the precision of attitude control systems using onboard ‘magnetotorquers’.

“One of the price and performance advantages of CubeSats is their use of ‘commercial off the shelf’ parts,” says Roger.

“But these items can be susceptible to space radiation. What we have done and continue to do is organise proton beam testing of electronics boards for multiple CubeSats at once, using the various radiation facilities that ESA has access to, screening them for vulnerabilities in a major de-risking exercise.”

ESA’s antenna test facilities are also at the disposal of CubeSat developers; a Dutch-made Hiber nanosatellite designed to serve the Internet of Things was recently evaluated in ESTEC’s state-of-the-art Hertz chamber.

And because CubeSats are all built to the same dimensions, the Agency can help find them low-cost launch opportunities using standardised deployment devices.

The inaugural flight of the ESA-developed ‘Small Spacecraft Mission System’ dispenser – devoted to CubeSats and other small satellites – on a Vega launcher takes place this June.

Europe’s CubeSat industry is made up of dozens of companies. “A good barometer is attendance of our CubeSat Industry Days, which take place every two years,” notes Roger.

“We had more than 250 participants for the last event from over 150 different organisations, and it’s looking like a lot higher attendance still for our next Industry Days in June, discussing all aspects of the CubeSat sector.”