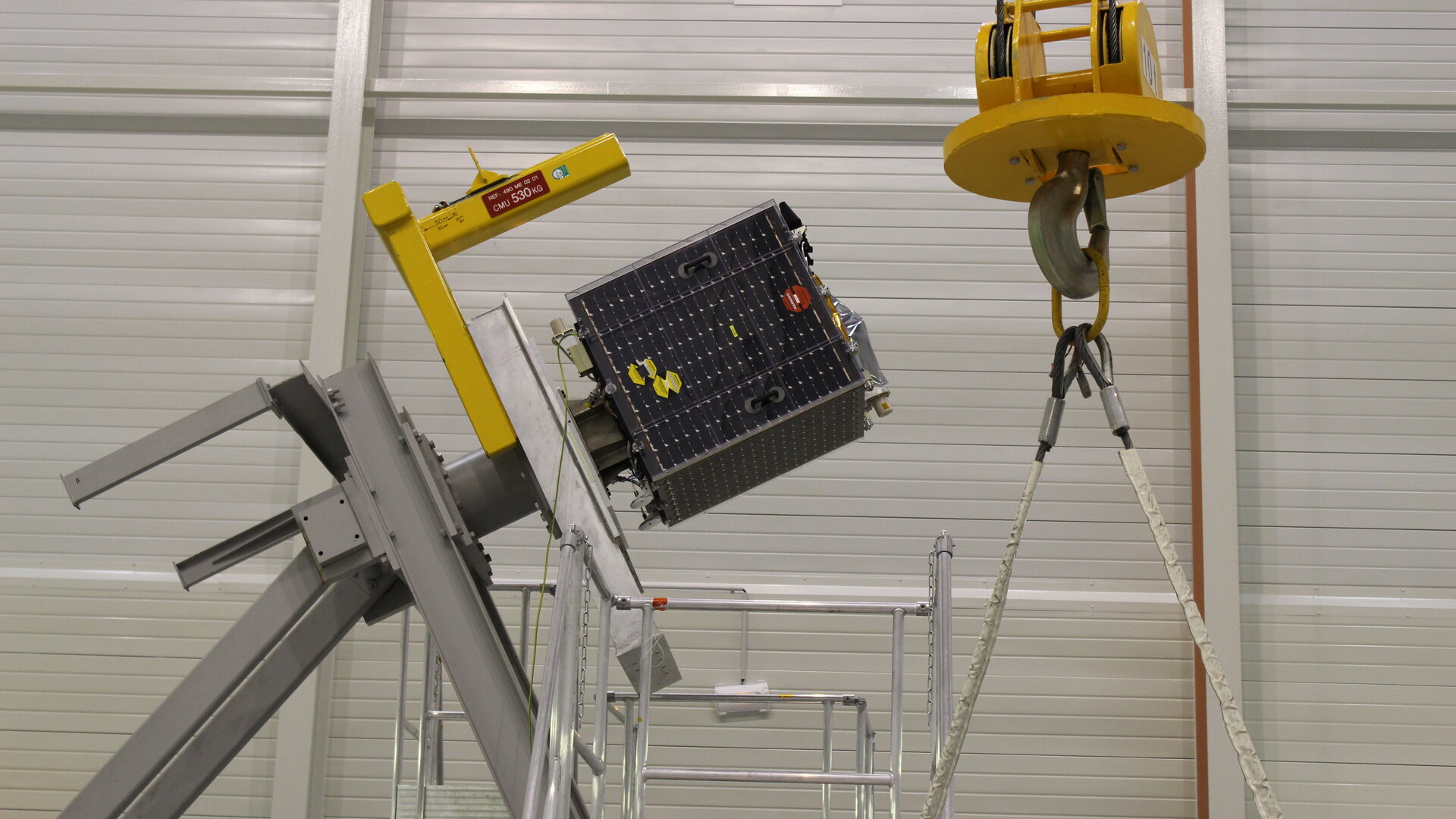 As it became clear future Spot satellites would have no capacity to fly further Vegetation instruments, users spoke up through their International Users Committee, arguing that extended data continuity was essential to fully exploit the global capacity of such a crucial spaceborne instrument. The idea of a dedicated minisatellite mission was taken up by the Belgian authorities, through the Belgian Federal Science Policy Office, Belspo.

The idea took shape of a mission made in Belgium, as the Proba minisatellite platform – produced by Belgium’s QinetiQ Space company – was identified as the best available fit for this new instrument.

In addition, the satellite platform itself will be overseen from ESA’s Redu Centre in Belgium’s Ardennes forest, like the previous missions in the Proba series.