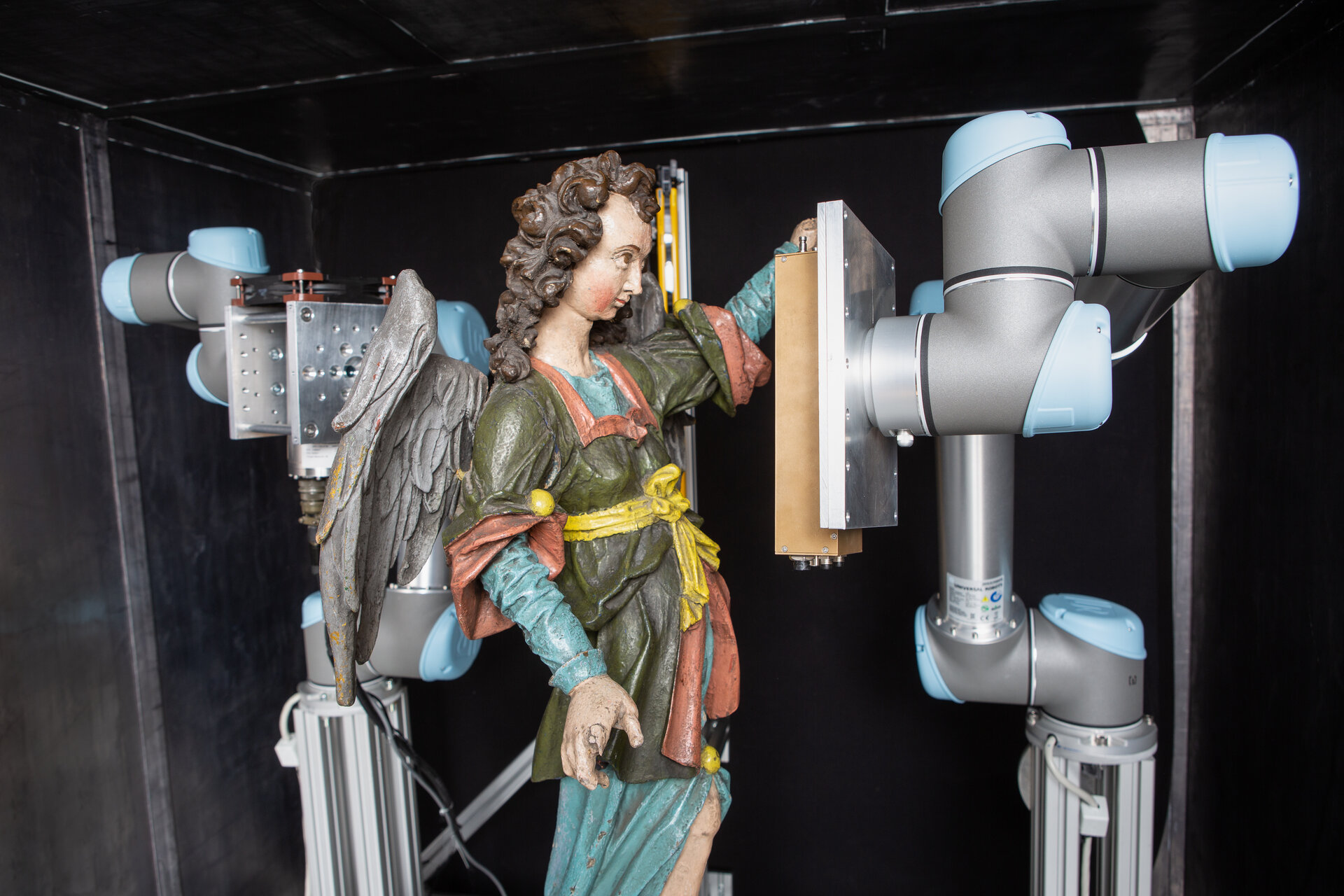 Technology originally developed for CERN’s Large Hadron Collider and then flown in space by ESA is now being used to analyse historic artworks, helping to detect forgeries.

“The art market is a jungle – some say that around 50% of art pieces and paintings are either fakes or are incorrectly attributed,” explains Josef Uher, chief technology officer of Czech company InsightART. “This has huge consequences for the value of such artworks.”

The young company – based in ESA’s Business Incubation Centre Czech Republic in Prague – is making novel use of a powerful radiation sensing device called Timepix.

The chip’s origin goes back to deep underneath the Swiss–French border: CERN, the European Organization for Nuclear Research, needed a detector with sufficient sensitivity and dynamic range to gather snapshots of what would be coming from the Large Hadron Collider when it became operational.

Subsequently a collaboration called Medipix was established to transfer the technology beyond the high-energy physics field. Timepix went on to reach space aboard the International Space Station and ESA’s Earth-observing Proba-V.

Timepix uses a 256 x 256-pixel silicon sensor. The key to its effectiveness is that each pixel – each about 55 micrometres square, around half the thickness of an average human hair – processes radiation and sends signals independently from all the other pixels, capturing very high levels of detail.

InsightART are using this inherent sensitivity to investigate artworks in a way that was previously only possible using huge synchrotron particle accelerators – which are both rare and hard to access.

A standard X-ray of a painting can show underlying detail hidden by the top layer of paint. InsightART’s Timepix-based sensing device can ‘expose’ every individual pigment separately. Each pigment can be assigned a colour to help with visual analysis, and a filtering process can show only brush strokes made with a specific pigment, such as lead paint.

An art expert can then analyse the results to judge if the underlying images and materials are consistent with both the supposed artist’s style and the date ascribed to the painting.

A Timepix chip has been flying aboard the International Space Station since 2012 and the Institute of Experimental and Applied Physics of the Czech Technical University used a Timepix device to build their SATRAM (Space Application of Timepix-based Radiation Monitor) instrument, which launched on Proba-V in 2015.

SATRAM has been invaluable in probing the high radiation region known as the South Atlantic Anomaly – a weak spot in Earth’s magnetic field. As a result Timepix will now form the core of ESA’s new Miniaturised Radiation Monitor, a new generation of radiation detectors intended to fly on future telecommunications satellites.

Meanwhile, down on the ground, Timepix devices are also finding wider uses, including the non-destructive testing of high-performance structures such as aircraft wings, as well as artworks.

“In future we want to combine our X-ray imaging with virtual reality to make it easier and more natural to use when scanning objects,” adds Josef Uher. “Ultimate this could even be used for medical applications – it will take time, but it holds so much potential.”

Space for the economy

Space has become an integrated part of our daily lives. From smartphones to agricultural monitoring, the socio-economic benefits of space activities are so diverse that they are not always so obvious to the general public. ESA focuses this week on what space is doing for the economy, in particular, highlighting the flourishing applications domain and business opportunities.