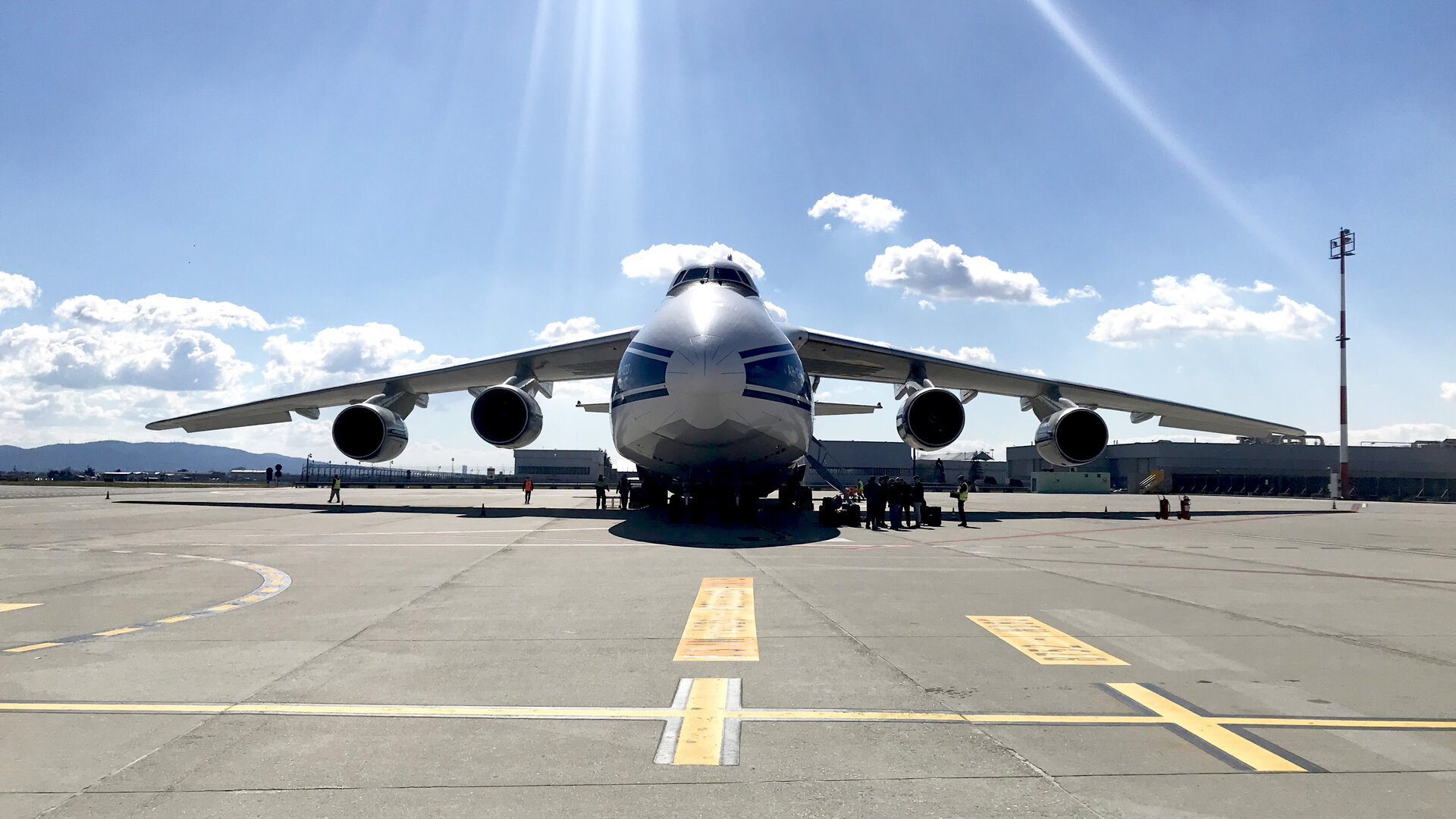 The platform destined to land on the Red Planet as part of the next ExoMars mission has arrived in Europe for final assembly and testing – and been given a name.

An announcement was made by the Russian State Space Corporation Roscosmos of its new name: ‘Kazachok’.

The ExoMars programme is a joint endeavour between ESA and Roscosmos and comprises two missions. The Trace Gas Orbiter is already circling Mars examining the planet’s atmosphere, while the second mission – comprising a surface science platform and a rover – is foreseen for launch in 2020.

Last month, the rover was named ‘Rosalind Franklin’ after the prominent scientist behind the discovery of the structure of DNA. Now the surface platform also has a name. Kazachock literally means little Cossack, and it is a lively folk dance.

Once on the martian surface, Rosalind the rover will drive off the Kazachok platform to perform scientific investigations. Kazachok will remain stationary to investigate the climate, atmosphere, radiation and possible presence of subsurface water in the landing site.

Kazachok left Russia after being carefully packed to meet planetary protection requirements, making sure to not bring terrestrial biological contamination to Mars. It was shipped to Turin, Italy, on an Antonov plane along with ground support equipment and other structural elements.

The Italian division of Thales Alenia Space will perform final assembly and testing of the mission in close cooperation with ESA and the Russian Lavochkin Association, the developer and manufacturer of the descent module including the landing platform.

There will be more components arriving to Italy throughout the year, including avionics equipment, the carrier and rover modules and thermal protection systems for the landing platform.

Several test campaigns with ExoMars models are running in parallel in preparation for launch and landing.

Recent shock tests in Russia have successfully proved the mechanical compatibility between the spacecraft and the adapter for the Proton-M rocket that will set ExoMars on its way to Mars.

The ExoMars teams have also just completed the egress and locomotion tests with a full-sized model of the rover in Zurich, Switzerland.

There the rover drove off ramps and through all the terrain conditions that it might encounter on Mars: different types of soil, various obstacle shapes and sizes and all kind of slopes.

“We have now a very challenging schedule of deliveries and tests both in Italy and France. The coordination between the Russian and European teams is key to timely reach the Baikonur cosmodrome in 2020,” says François Spoto, ESA’s ExoMars team leader.