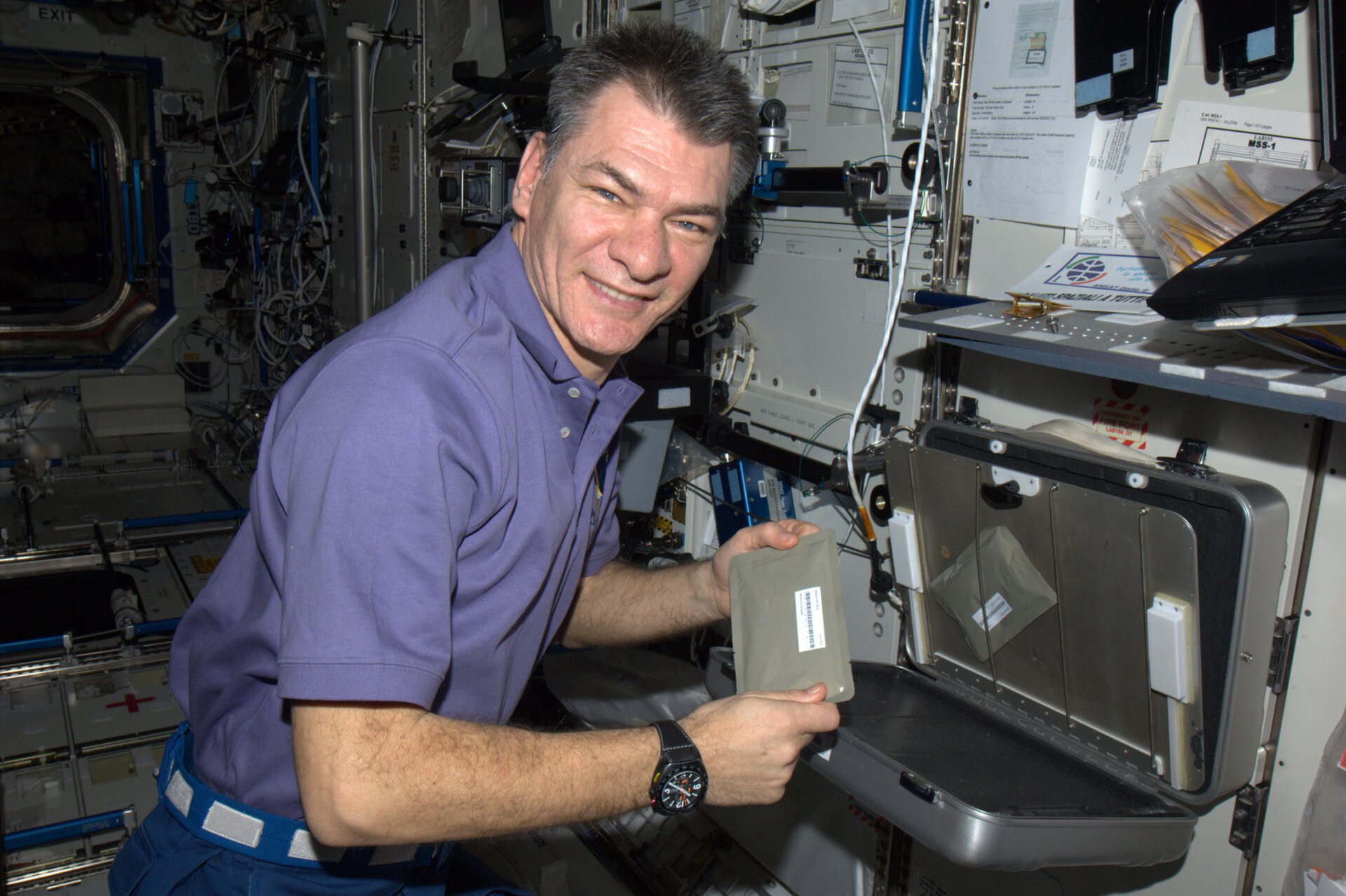 With almost half of the MagISStra mission behind him, ESA astronaut Paolo Nespoli has not had much free time on the International Space Station. In addition to his heavy workload, he has also been on a special diet.

The International Space Station is preparing for a new era without Space Shuttles visiting every few months. The focus is shifting from building it to learning to work and live in space and doing scientific research.

“Space is a unique place for many kinds of science,” says Christer Fuglesang, astronaut and head of ESA’s scientific utilisation of the International Space Station.

Science on the ISS is connected with science on Earth. We are studying the same issues in a similar way, but in a different environment and with different constraints.

“Looking up to deep space or down to Earth and conducting experiments benefiting from microgravity or the space environment – reproducing these on Earth is difficult or impossible.

“The Station’s diary is already stuffed with science, done by the astronauts or conducted remotely. The astronauts also act as test subjects themselves.

“How our bodies adapt to space conditions is still one of the most interesting questions we must answer, both for fundamental biology and future space exploration.”

Scientists in Europe, Japan, USA and Canada are keeping their eyes on the crew’s physiological and neurological conditions.

That means a lot of blood and urine samples, taken regularly, stored in a freezer and sent back to Earth periodically for analysis.

Astronauts are also taking hair samples from each other and packing them in the –95°C deep freeze.

Ultrasound scans, electrocardiograms, blood-pressure measurements and electroencephalographs are all part of the daily timetable of the Station astronauts.

Their food intake is monitored and the effects of different diets are recorded via blood and usine samples, bone measurements and gas analysis.

For instance, Paolo’s SOLO experiment is studying his salt levels during periods of high and neutral salt intake. The work is contributing directly to ground studies for maintaining good health.

Some of the research promises exciting applications. The SODI-Colloid experiment, for example, is studying the growth and properties of advanced photonic materials, core elements of the super-fast optical computers to come.

The research aboard the Station is helping to push these materials from development to real applications.

The Geoflow experiment is zooming in on complicated flow patterns of liquids to help scientists understand their behaviour – and even our planet’s molten core.

A human expedition will one day set sail for Mars, but the dangerous radiation in interplanetary space is a major concern.

To understand the problem, the radiation levels in different areas of the Station are being measured and the doses in dummies are being monitored.

In addition, racks of biological samples are exposed outside the Station to the harsh space environment.

The Sun is our star, our main source of light and energy. Mounted outside of Europe’s Columbus laboratory, SOLAR is measuring the small changes in the Sun’s brightness across a broad spectrum.

SOLAR is helping us to probe the interaction between the solar energy flux and Earth's atmosphere – of great importance for understanding how our climate works.