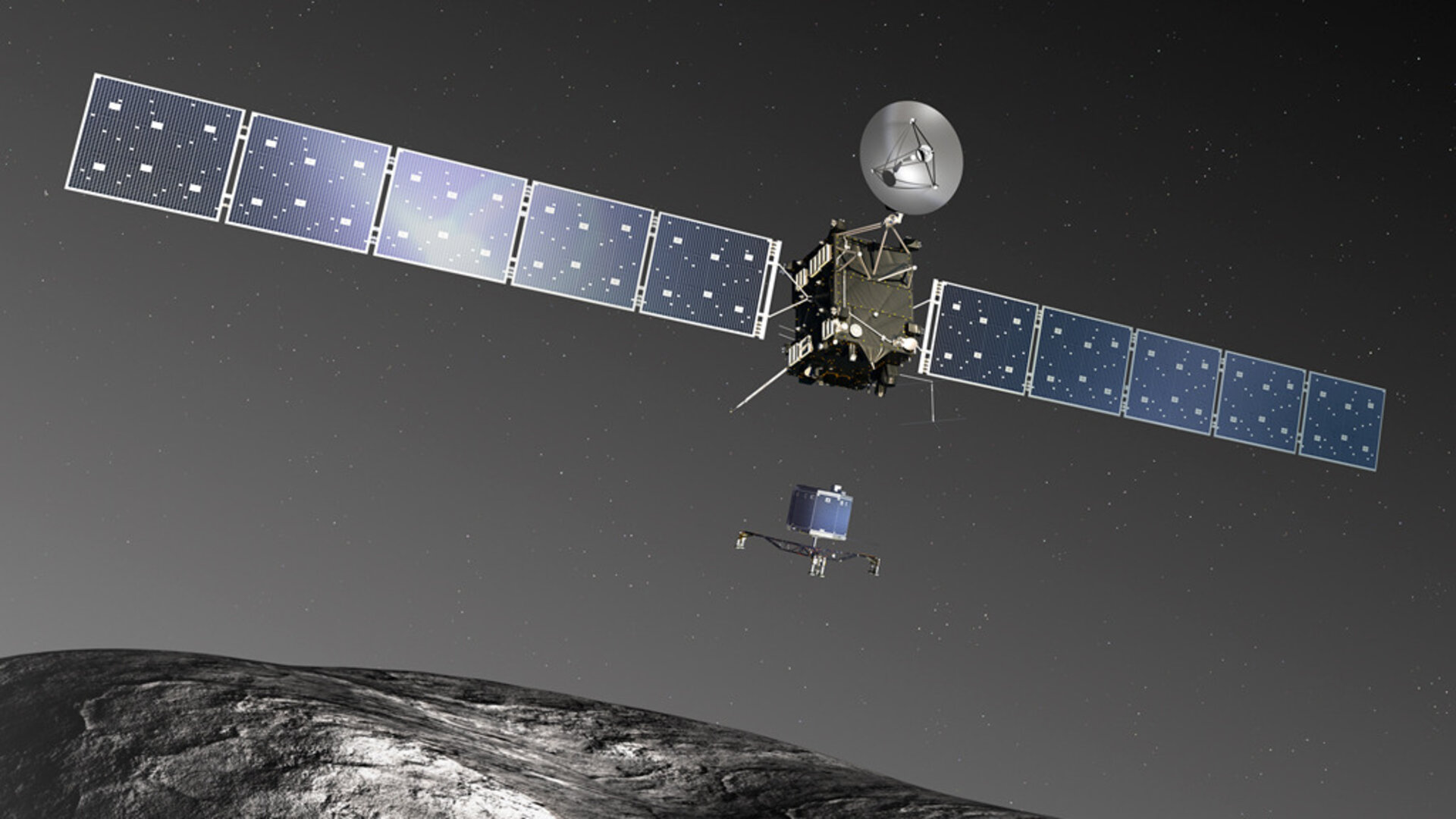 Next year, on 20 January, after 957 days of hibernation in deep space, ESA’s comet-chasing Rosetta spacecraft is set to wake up automatically en route to the destination it has been travelling towards for nearly a decade.

Scroll to bottom of this page to watch replay of the briefing webcast recorded 10 December.

In preparation for the critical activation and the challenges that lie ahead for Rosetta, members of the media are invited to a briefing by ESA’s science and mission control experts and partners on Tuesday, 10 December, 10:00–12:30 CET, at ESA’s European Space Operations Centre (ESOC) in Darmstadt, Germany.

The 20 January milestone will mark the start of an intensive year as Rosetta draws steadily closer to comet Churyumov–Gerasimenko ahead of rendezvous in August. After extensively mapping the comet’s surface, it will dispatch the lander Philae in November for close-up study of the nucleus.

Rosetta will then follow the comet on its journey through the inner Solar System, monitoring the ever-changing conditions as it warms up heading towards its closest approach to the Sun, in August 2015.

Rosetta’s main objective is to help understand the origin and evolution of the Solar System, in particular investigating the role that comets may have played in seeding Earth with water, and perhaps even life.

ESA’s firsts with the Rosetta mission

Rosetta involves several ‘firsts’ in space exploration. It is the first mission to journey beyond the main asteroid belt relying solely on solar cells for power generation, allowing it to operate 800 million kilometres from the Sun.

Once at its target, Rosetta will be the first to orbit a comet and to land a probe on the nucleus, making it one of the most complex and ambitious missions ever undertaken.

Approaching, orbiting and landing on a comet require delicate manoeuvres, and since very little is known about the comet’s surface, a safe landing can only be planned after arrival.

Philae will obtain the first images taken on the surface of a comet and it will make the first in-situ analysis of the composition by drilling into the surface.

Finally, Rosetta will be the first spacecraft to witness, at close proximity, how a comet changes as it is subjected to the increasing intensity of the Sun’s radiation.

The media briefing will be streamed live via http://www.livestream.com/eurospaceagency

Details will be available via http://www.esa.int/rosetta

For media unable to attend, questions may be submitted as follows:

Details on getting to ESOC 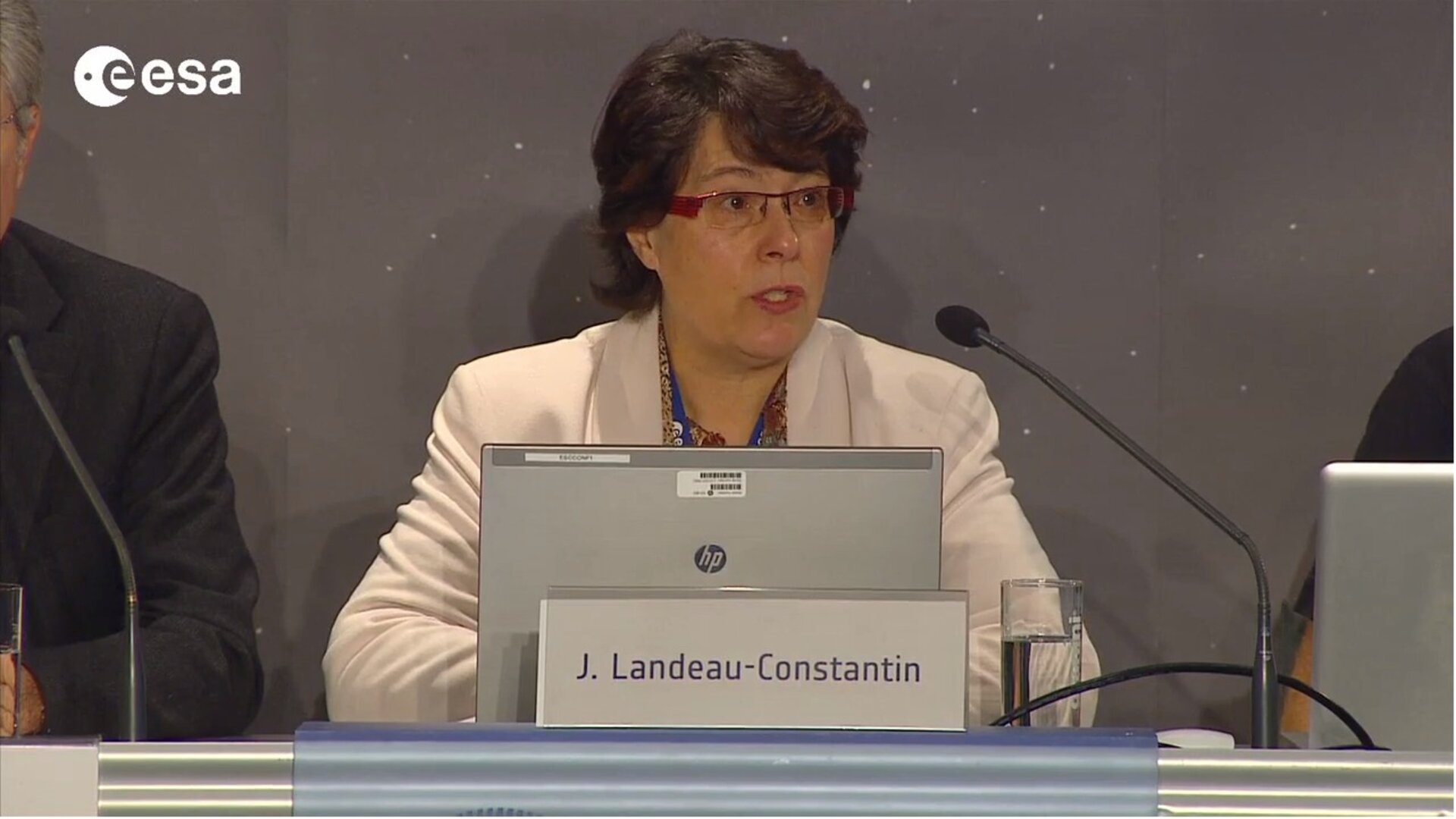 Media briefing: Rosetta wake-up and the year ahead
Access the video