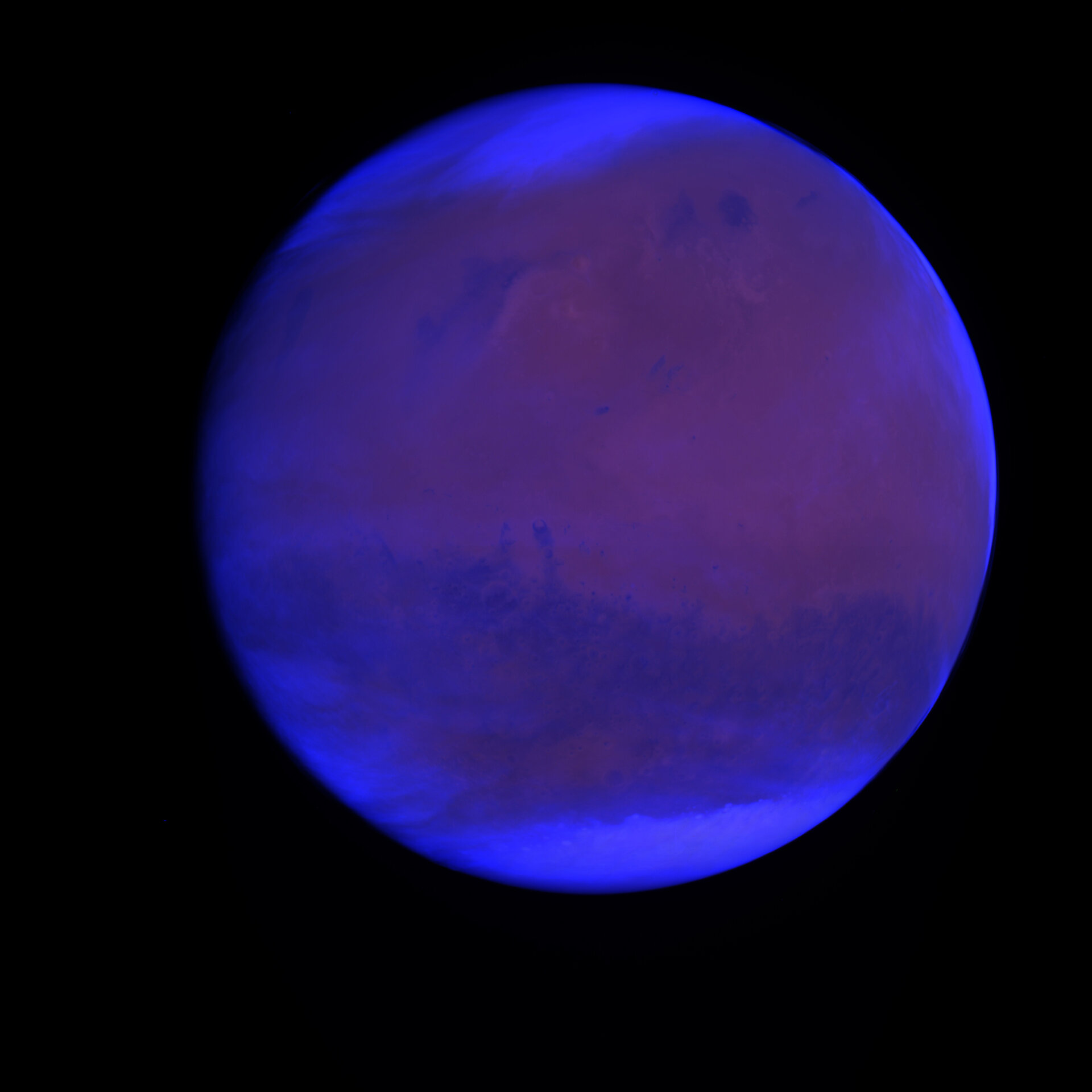 In the lead image above, an orange (red), green and near-UV colour filter composite image of Mars is shown; the UV channel (the blue color) has been enhanced. The enhanced UV signal clearly shows the presence of the cloud system covering most of the Martian disk.

The above-image composite is based on near-infrared, green and near-ultra-violet colour information obtained by the OSIRIS Narrow Angle Camera. At the southern part of the planet, the southern spring polar cap is clearly seen.

The ultraviolet image above was taken on 24 February 2007 with the OSIRIS wide-angle camera through the 'OH' colour filter, intended for the indirect detection of water when observing comet 67/P Churyumov-Gerasimenko.

Clouds are visible at the North polar cap of Mars and at the morning 'limb' (border or outermost edge of a celestial body). A high-altitude cloud is also visible and shown in the inset.

Atmospheric structures can be seen in the next pair of images taken by the OSIRIS narrow-angle camera. The images have been produced through a special combination of the green and red colour filters, emphasising the brightness difference. This image processing step enhances the structures in the atmosphere, either dust or clouds.

If Mars were about the size of an apple and you were William Tell standing on Earth about half a mile (or 8 football fields) away and shot an arrow (Rosetta) toward the apple, you would miss the apple by 2.5 millimetres.

The last OSIRIS image presented in this article is an annotated version of the two-colour composite of Mars seen by the OSIRIS narrow-angle camera on 24 February at 19:28 CET from a distance of about 240 000 km, with an image resolution of about 5 km per pixel.

This is better, for example, than previous views of the planet obtained by the Hubble Space Telescope. The greenish regions are clouds above the red surface of Mars.