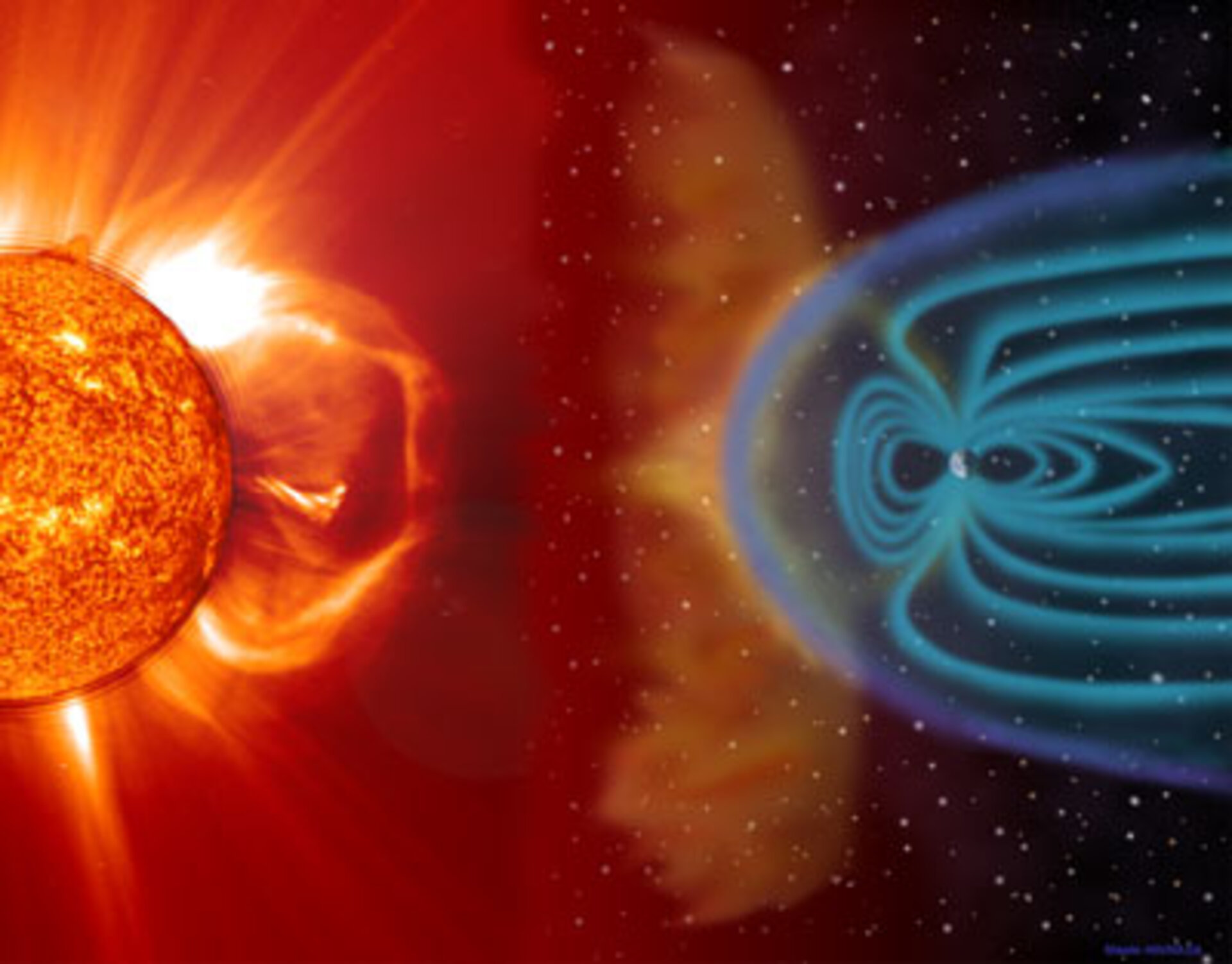 Humans have always known the importance of the Sun to life on Earth. Now, Solar Orbiter will build on earlier missions to give Europe its most advanced look at the Sun.

From the stone-age humans who built aligned monuments to watch the Sun rising at various important times of the year, to the astronomers in the 19th century who first started to unlock its scientific secrets, the Sun has long held a fascination. We now know that beyond providing the obvious heat and light necessary to keep our world a living planet, the Sun interacts with us in electrical and magnetic ways too. Although these effects are imperceptible to most living things, they are important to us now because they can affect the way our technology works.

Understanding in detail how the Sun works is the key to understanding both how it generates its life-giving energy and also how to protect our technology and way of life.

Dark blemishes on the solar surface, known as sunspots, have been known since ancient times. In the early 17th century, both Italian astronomer Galileo Galilei and German astronomer Christoph Scheiner used early telescopes to study sunspots in more detail, and found that the Sun rotates in 27 days.

It wasn’t until 1843, however, that the sunspot cycle was discovered by another German astronomer, Samuel Heinrich Schwabe. After observing the Sun for 17 years, he realised that the number of sunspots fluctuates in a cycle that lasts approximately 11 years. At the beginning of the cycle, there are few sunspots and they appear at higher latitudes on the solar surface. This period is known as solar minimum. Over the next five or six years the number of sunspots gradually builds, and the latitudes at which they appear move towards the Sun’s equator. When the maximum number appears, nearest the equator, this is called solar maximum. From there, the number dwindles back to another solar minimum, and the cycle begins again but with magnetic polarity reversed, making a full 22-year cycle.

The 19th century was a particularly fertile time for solar research. The recognition of the solar cycle brought with it the realisation that the Sun is a magnetic body that affects the behaviour of technology on Earth. For example, it was noticed that magnetic compasses are affected by sunspots – and the more sunspots, the greater the effect. We now know that this is because of the way solar activity affects the Earth’s ionosphere.

In 1859, English astronomer Richard Carrington observed a giant solar flare. It was accompanied by a record-breaking magnetic storm on Earth, during which time compasses spun uselessly and the electrical telegraph system of communication was severely disrupted. These observations showed that somehow the Sun’s magnetism was reaching Earth.

Several astronomers had already noted that the tails of comets always point away from the Sun, and this had led to the suggestion that there was some kind of ‘wind’ that flowed away from the Sun. However, only in 1958 did American astrophysicist Eugene Parker put this on a more scientific footing by realising that this was related to the solar atmosphere, known as the corona. The high temperature of the corona at large distances from the Sun meant that its constituent particles had enough energy to escape the Sun’s gravity and flow through space. He called this outflow the solar wind.

Confirmation that the solar wind was real came just one year later from the Russian spacecraft Luna 1. Luna 1 made the first direct measurements of the solar wind and found that it was composed of plasma, an electrically conductive gas that represents the fourth state of matter after solid, liquid, gas. It found there were hundreds of particles in every cubic centimetre of space.

The solar wind creates a bubble around the entire Solar System. Known as the heliosphere and bounded by the heliopause, it is created by plasma originating from the Sun and is the realm of ‘space weather’. This is the term for disturbances in the solar wind, which communicate the Sun’s magnetic influence to Earth. Space weather is driven by activity on the Sun, such as solar flares. The aurorae in Earth’s skies are produced by a complex series of magnetic interactions that eventually result in the collision of solar-wind plasma particles with molecules in our planet’s atmosphere.

As we become more reliant on sensitive electrical systems in our technology, so we must protect ourselves from intense solar weather, known as ‘solar storms’. In trying to unlock the mechanism behind the acceleration of the solar wind, Solar Orbiter is contributing essential science that could one day lead to a space-weather forecasting service that will allow us better to protect our essential technology on Earth.

In the pursuit of these goals, ESA’s Solar Orbiter mission is a world-class scientific collaboration with the strong participation of NASA. It is pushing the limits of space technology and preparing for the future of space exploration in extreme environments. As well as requiring hardware development, it is also enlarging ESA’s experience in space operations under harsh conditions. In short, Solar Orbiter will allow us to investigate the Sun’s control over the heliosphere – and Earth’s place within it – as never before.