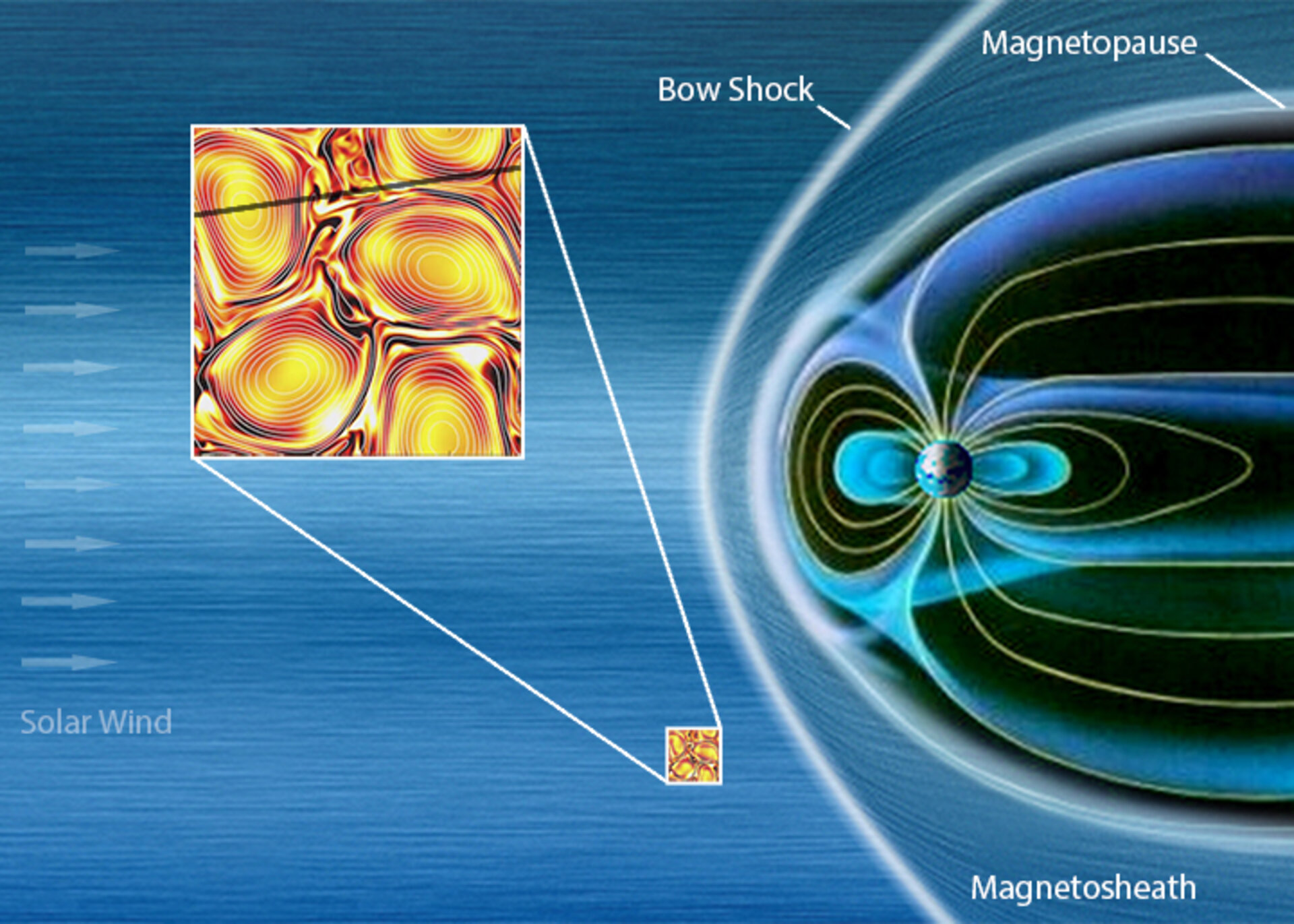 Using ESA’s Cluster quartet of satellites as a space plasma microscope, scientists have zoomed in on the solar wind to reveal the finest detail yet, finding tiny turbulent swirls that could play a big role in heating it.

Turbulence is highly complex and all around us, evident in water flowing from a tap, around an aircraft wing, in experimental fusion reactors on Earth, and also in space.

In the stream of charged particles emitted by the Sun – the solar wind – turbulence is thought to play a key part in maintaining its heat as it streams away and races across the Solar System.

As the solar wind expands, it cools down, but to a much smaller extent than would be expected if the flow were smooth.

Turbulence arises from irregularities in the flow of particles and magnetic field lines, but understanding how this energy is transferred from the large scales where it originates, to the small scales where it is dissipated, is like trying to trace energy as it is transferred from the smooth, laminar flow of a river down to the small turbulent eddies formed at the bottom of a waterfall.

In a new study, two of the four Cluster satellites have made extremely detailed observations of plasma turbulence in the solar wind.

They were separated by just 20 km along the direction of the plasma flow and operated in ‘burst mode’ to take 450 measurements per second.

By comparing the results with computer simulations, scientists confirmed the existence of sheets of electric current just 20 km across, on the borders of turbulent swirls.

“This shows for the first time that the solar wind plasma is extremely structured at this high resolution,” says Silvia Perri of the Universita della Calabria, Italy, and lead author of the paper reporting the result.

Cluster previously detected current sheets on much larger scales of 100 km in the magnetosheath, the region sandwiched between Earth’s magnetic bubble – the magnetosphere – and the bow shock that is created as it meets the solar wind.

At the borders of these turbulent eddies the process of ‘magnetic reconnection’ was detected, whereby oppositely directed field lines spontaneously break and reconnect with other nearby field lines, thus releasing their energy.

“Although we haven’t yet detected reconnection occurring at these new, smaller scales, it is clear that we are seeing a cascade of energy which may contribute to the overall heating of the solar wind,” said Dr Perri.

Future missions such as ESA’s Solar Orbiter and NASA’s Solar Probe Plus will be able to determine whether similar processes are also in play closer to the Sun, while NASA’s Magnetospheric Multiscale mission will specifically probe the small-scale regions where reconnection can occur.