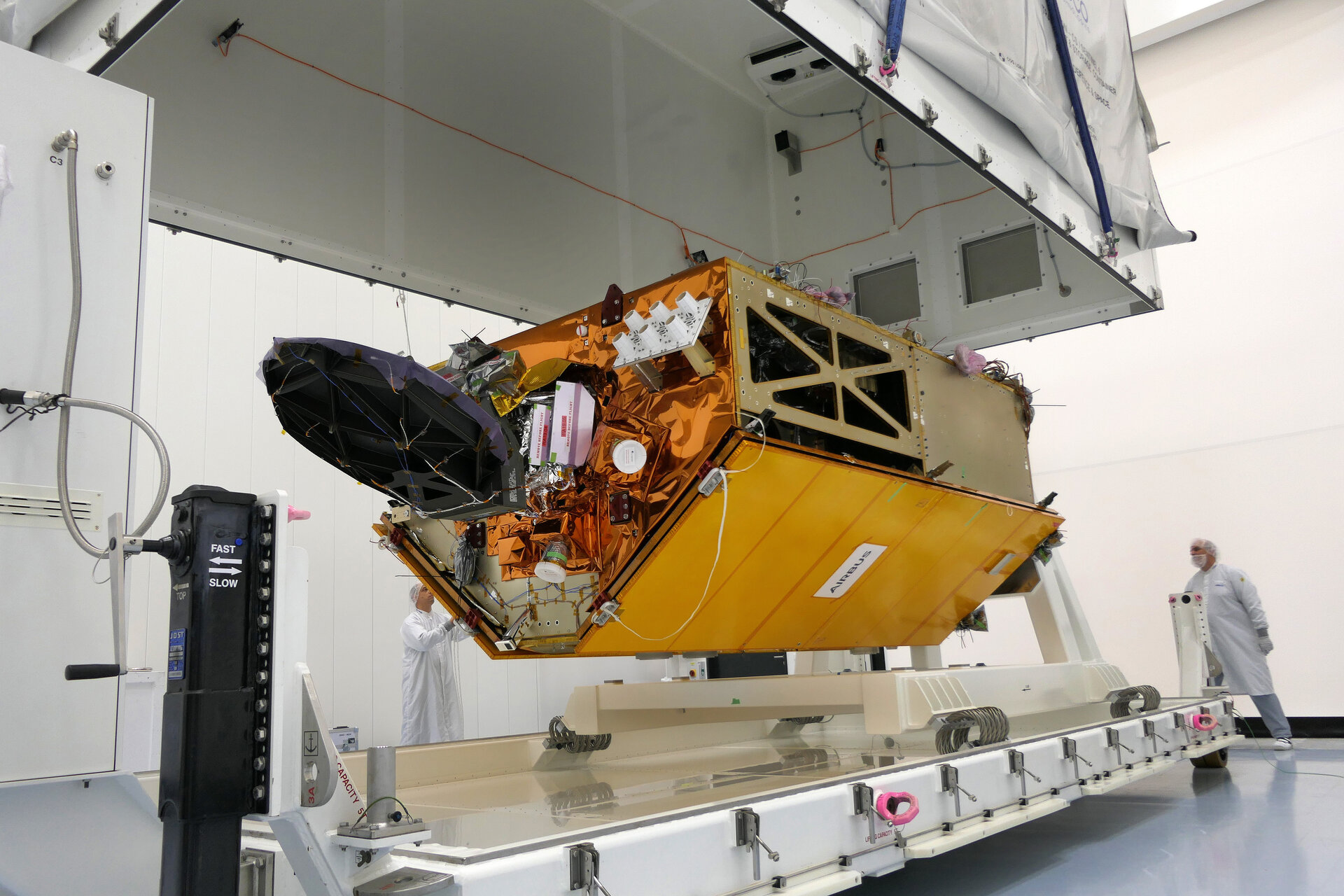 Dedicated to measuring changes in global sea level, the Copernicus Sentinel-6A satellite is now equipped with some of its measuring instruments and ready to be tested in preparation for liftoff at the end of next year.

Engineers at Airbus in Friedrichshafen, Germany, have spent the last months fitting out the satellite with state-of-the-art sensors to measure the changing height of the sea surface.

Having reached a milestone in its development, this satellite is being shipped to IABG near Munich. Here, Sentinel-6 will spend the next six months being thoroughly tested to ensure that it will withstand the rigours of launch and the harsh environment of space during its life in orbit around Earth.

Pierrik Vuilleumier, ESA’s Copernicus Sentinel-6 project manager, said, “Thanks to Airbus we have passed an important step in the technical development of the mission. The satellite’s altimeter will also be fitted in October.

“While it is one of the European Union’s family of Copernicus satellite missions, which all deliver a wealth of information for a number of environmental services, Copernicus Sentinel-6 is a huge collaborative effort being realised thanks to cooperation between ESA, NASA, NOAA and Eumetsat.”

Over the next decade, the Copernicus Sentinel-6A and then Sentinel-6B will assume roles as reference missions to provide critical data for the long-term record of sea-surface height measurements that have so far been supplied by the French–US Topex-Poseidon and Jason missions.

However, hidden within this average is the fact that the rate of rise has been accelerating – over the last five years the global ocean has risen, on average, 4.8 mm a year.

Copernicus Sentinel-6A is scheduled to be launched on a Falcon-9 rocket from Vandenberg California, US.