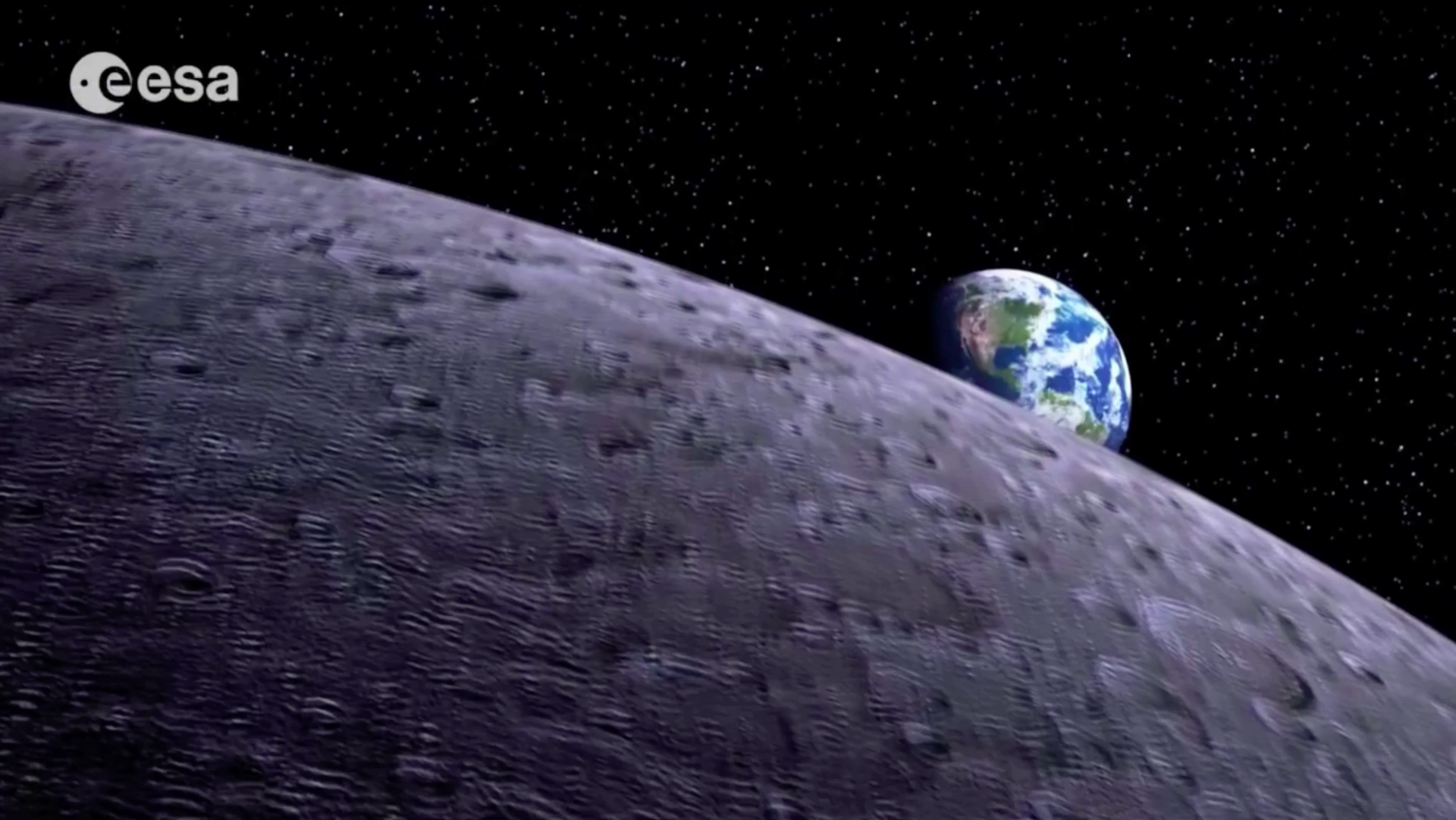 Since Yuri Gagarin became the first human to leave Earth in 1961, over 500 intrepid adventurers have made the journey into space. Today, astronauts and cosmonauts from around the world visit the International Space Station (ISS), which serves as a microgravity and space environment research laboratory. Life on the ISS is therefore far from easy; isolated space travellers must deal with the strange sensation of weightlessness and having very little access to fresh food.

Over the last two decades, space agencies have created more comfortable conditions on the ISS, but we need to explore the concept of ‘living in space’ much further if humans are to ever live and work on another world, such as the Moon or Mars.

ESA’s Discovery and Preparation Programme works to prepare ESA for the future of space exploration. As part of this programme, ESA has worked with academic and industrial partners on a huge number of studies that lay the groundwork for living in space.

Preparing for a space mission

For their own safety, the welfare of their crew and the security of the specialist equipment they control, every astronaut and cosmonaut must go through intensive training before going into space. Training for a mission to the ISS takes years; European astronauts must learn the science behind spaceflight, how to operate equipment, how to deal with weightlessness and even how to speak Russian. When heading further into unchartered territory, even more preparation would be required.

One Discovery and Preparation study that explored how to prepare for a space mission is the Lunar Analogues Study (LUNA). LUNA investigated creating artificial Moon-like environments that could be used to simulate and train for lunar exploration missions. One of the lunar environments that LUNA proposed – the European Surface Operations Laboratory (ESOL) – is now being built at the European Astronaut Centre. ESOL will contain a habitat, lunar terrain, a Mission Control Centre and a communication interface.

Another study, Moondive, looked into adapting ESA’s Neutral Buoyancy Facility (NBF) – a large pool of water in which astronauts neither sink nor float, making it very useful for practising spacewalks outside the ISS. Adapting the NBF for lunar and asteroid mission simulations would involve changing the buoyancy to mimic the gravity of the destination, simulating the terrain and introducing robotic assistance.

Living in space can be risky! Aside from the threats from space debris and malfunctioning technology, space radiation can present dangers to space explorers, lack of gravity can result in physiological issues, and psychological issues can be caused by isolation and confinement. ESA works hard to ensure that astronauts remain as strong and healthy as possible.

One Discovery study, BIOSIS (BIOSafety In Space), reviewed the biological risks to crews due to biocontamination of air and water, and made recommendations for new technology developments that could minimise these risks. BIOSIS recommended engineering an automated biomonitoring system that would prepare and analyse air, water and surface samples.

Astronauts on the ISS are exposed to more radiation from the Sun than people are on Earth as they are not fully shielded by Earth’s magnetic field. Space explorers travelling further afield will be entirely outside this field and will therefore be exposed to significant radiation. Radiation exposure can damage astronauts’ DNA and lead to cancer, cataracts, and radiation sickness. A Discovery study – IPRAM (Interplanetary and Planetary Radiation Model for Human Spaceflight) – estimated the radiation risks involved in missions to the Moon, Mars and asteroids. These estimates can be used when planning future missions to ensure that astronauts remain as safe as possible.

Astronauts spending long periods of time in space will eventually run into medical problems. Carrying enough medical supplies for all possible eventualities would be impossible, so 3D bioprinting of skin and bone could be useful for treating astronauts. One study explored how skin cells and bone pieces could be 3D printed in space.

For long-term space missions, astronauts would need somewhere to live when they reach their destination. Infrastructure is important for sheltering astronauts and scientific equipment from harsh environments, which could include thin atmospheres, extreme temperatures, radiation and micrometeoroids. But it would be expensive – perhaps even impossible – to take all the materials we would need to the surface of the Moon or a planet. For sustainable, long-term exploration we should instead look to local resources available at the destination. One Discovery study verified the usability of lunar soil as a building material, selected a suitable printing process and designed an infrastructure. Another recently went one step further and explored how any necessary structures, equipment and spare parts could be 3D printed using lunar regolith, even selecting which specific printing processes would work best.

Many factors need to be considered before building a home on another world. The L-DEPP (Lunar Dust Environment and Plasma Package) study designed an instrument that could investigate the dusty surface environment of the Moon for better planning of future missions. The Moon has a very weak magnetic field, meaning it is constantly bombarded with solar radiation, micrometeorites and energetic plasma particles which charge up the surface and mobilise dust. The L-DEPP instrument would investigate the lunar dust, plasma, electric field, magnetic field and radio emissions using several different sensors that each have a specific role.

The Moon can reach extreme temperatures – down to -183°C at night! Finding a way to keep potential explorers protected from heat and cold is a huge challenge. One Discovery study looked into creating an intricate energy-channelling system of reflectors to provide heat on the Moon, and one explored how lunar regolith could be used to store heat and provide electricity for astronauts, rovers and landers.

Life in space can be tough for humans, but robots can be built to deal better with the harsh environment. ESA has a long history of developing robots to explore Mars, including several rovers. Nowadays, robotics is entering a new era in which it works more closely with humans.

Some activities are particularly difficult for astronauts, for example spacesuit gloves make it hard to perform dextrous tasks. The ADAH (Astronaut Dexterous Artificial Hand) study investigated two scenarios to improve this: one where a robotic system supports or augments grasping and manipulation capabilities, and one where a robotic hand replaces the astronaut hand entirely. In the latter case, the astronaut would operate the robotic hand from inside a spacecraft. ESA have now developed several robotic hand prototypes, and have even designed “haptic feedback” robots, where an astronaut controls a robot using a joystick or arm exoskeleton, feeling the force on the robotic hand through this piece of equipment.

Other robots can move around the surface of planetary bodies and collect data that would be time-consuming and tiring for an astronaut. The Discovery study Lunar Volatile Resources Analysis Package (L-VRAP) defined an instrument for the first European Lunar Lander to detect, identify, quantify and characterise volatiles in the lunar soil and atmosphere. Creating a robot to do such a repetitive job allows an astronaut to focus on work that requires human levels of intelligence.

Other technologies for helping astronauts and spacecraft operators could make use of augmented and virtual reality. This would help them interact with what they are observing, repairing or building to improve their ability to work remotely. A Discovery study completed in 2019 explored whether augmented reality could be useful for ESA’s operations.

The technology that exists today could easily take us to the Moon and beyond, but it is studies like those carried out under the Discovery and Preparation Programme that will make a trip resourceful, sustainable and productive.

Through its Open Space Innovation Platform (OSIP), ESA has sought ideas to use rovers to explore lunar caves. Aside from being geologically interesting, these locations could be interesting as long-term shelter for future human visitors to the Moon. OSIP has also recently invited ideas for in-situ construction, manufacturing and maintenance of infrastructure and hardware, to support long term human exploration of a planetary body.